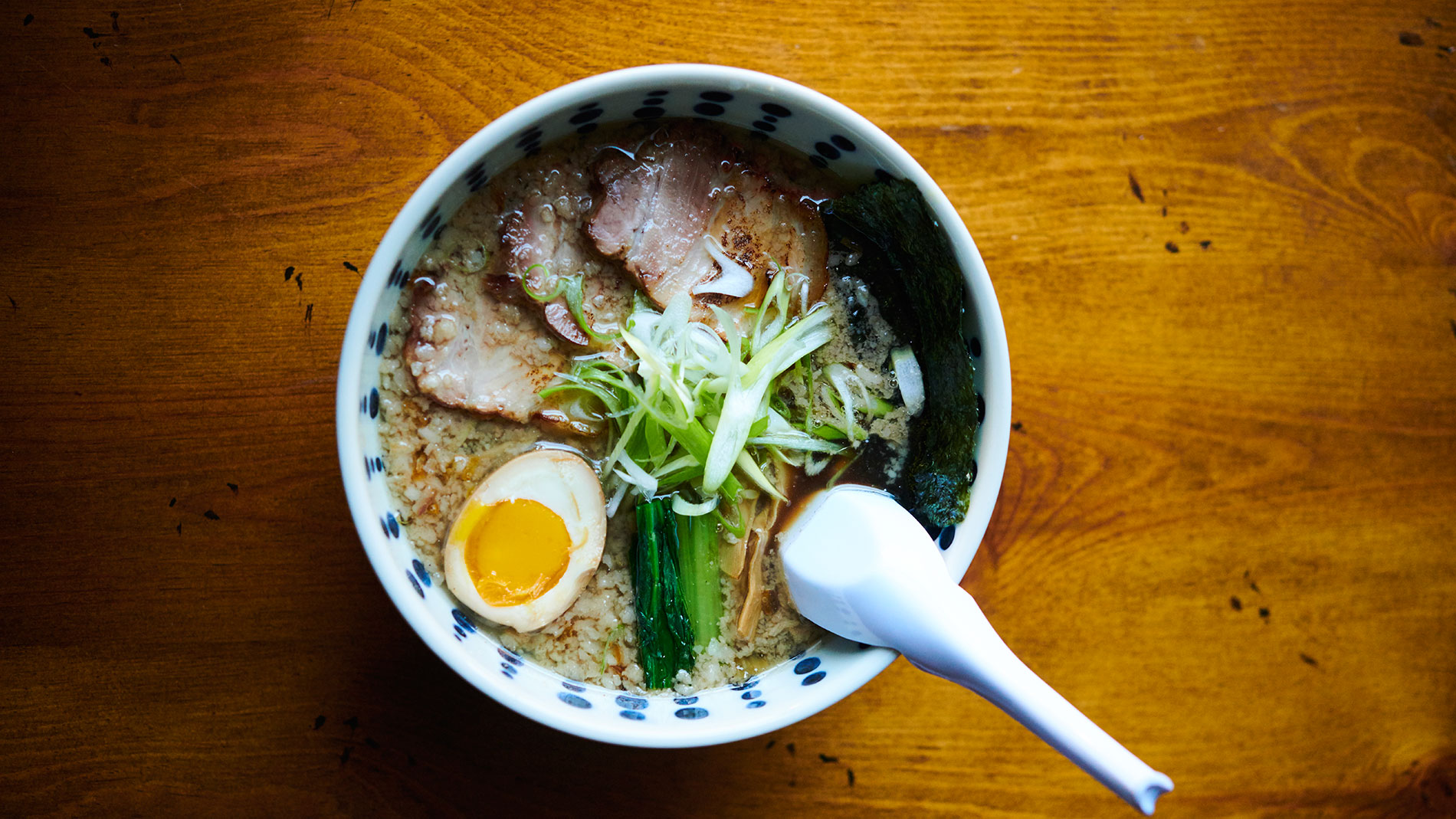 Menya Rui, from the owner of pop-up Ramen x Rui, will open on Hampton Avenue in St. Louis next year

Pursley spent parts of his childhood in Japan and moved back there after college in 2014 to study ramen, working in four different noodle shops. He then came back to St Louis to share his ramen expertise, creating his pop-up Ramen x Rui. “In 2018, I started doing the pop-ups as a way to get myself out there,” said Pursley. He currently works in the kitchen at the popular Southeast Asian restaurant Indo, which Sauce named the Best New Restaurant in 2019.

Final details are still in the works but Pursley plans on offering three different styles of noodles: ramen, tsukemen and mazemen. Tsukemen is a dish in which the noodles are served separately from the broth and meant for dipping while mazemen is made with no broth. There will be at least two different types of noodles for the dishes, a thinner noodle for the ramen and a thicker noodle for the tsukemen and mazemen. “I have a commercial noodle machine from Japan that will be on display in the shop, so we’ll be making all our noodles in-house,” said Pursley. There will be approximately five to 10 different noodle dishes and two or three appetizers, which may include karaage (Japanese fried chicken), some rice dishes and a rotating seasonal salad. Once Pursley secures a liquor license, there will be some canned and bottled beverages like beer and sake.

It was a long search, but Pursley eventually found a space that met all his criteria. “It had to be a second-generation restaurant space and less than 1,500 square feet,” said Pursley. The place will have a cozy vibe that makes you feel like you are in a ramen shop in Japan. “I want it to have a rustic, old-school Japanese feel. Grungy in a good way,” Pursley said.

The space is 960 square feet and will feature an open kitchen and an inside look into the room where the noodles are made. There will be counter service and table seating for about 25 people.

Pursley is aiming to open Menya Rui in February 2022.