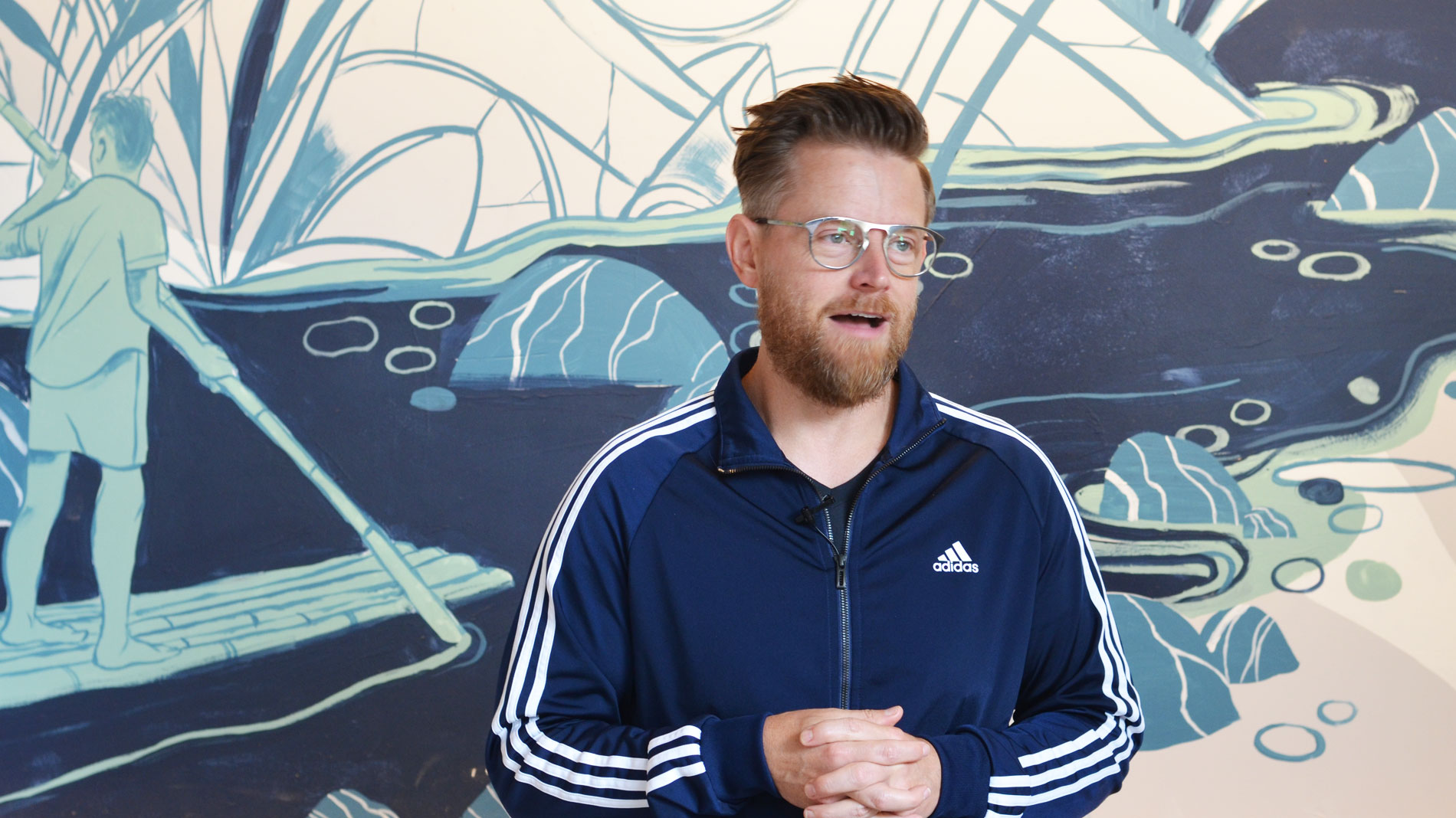 On Point Hospitality owners Travis Howard and Tim Wiggins made waves recently when they announced their partnership with celebrity chef Richard Blais to develop Yellowbelly, their seafood and cocktail concept set to open in September at 4643 Lindell Blvd. in the Central West End.

While locals are well aware of St. Louis’ vibrant culinary culture, Blais (a “Top Chef: All-Stars” champ, cookbook author, restaurateur and all-around culinary personality) is one of the first celebrity chefs to put his name on a local project. But when Wiggins and Howard reached out to see if he’d be interested in partnering up, Blais said he quickly saw the potential here.

“I’m all about growth and experience and doing fun things,” he said. “It didn’t take long to find an Instagram page and see good-looking cocktails and go on a website and see what I determined were hungry young operators who really love what they do. Those are the type of people I like to work with.” He said it was a quick decision for him to agree to check out the concept and the area. “I’m assuming it was like our Tinder moment.”

While the St. Louis market might not be as large as some of the others Blais has worked in, he is well aware of what it has to offer.

“St. Louis specifically, and the Midwest in general, I always get a lot of love out here, and to be able to reflect that back was something I thought would be fun,” he said. “I’ve done events and appearances here, and I know that through my television work that St. Louis is a really great market for ‘Top Chef,’ which is a weird little fact I came across years ago.”

Another big selling point for Blais is the Yellowbelly’s seafood focus. “I’ve been hungry to do a seafood concept for a while. Having a seafood place is always something I’ve wanted to do, so it was good timing and a market I’m excited about,” Blais said.

While everything looked good on paper and on the computer screen, a visit to the city fully convinced Blais to go all in.

“Coming out here for this project, I really fell in love with this neighborhood and the architecture, and all these people running and walking their dogs,” Blais said. “For my type of food and my vibe, this is pretty perfect.”


So does he feel St. Louis ready for a chef known for his love of the scientific side of cooking, including techniques labeled molecular gastronomy? Will his style play here in the land of meat and potatoes?

“Well, for one thing, there will be meat and potatoes,” Blais said. “The molecular gastronomy thing and the science thing, I’ve sort of wrestled with and beat over the last five years or so. We use techniques to make food more delicious, but it doesn’t drive what we do. You’re going to see that stuff on maybe 2 percent of the menu for the serious Richard Blais fans. There will be enough of that stuff to be exciting, but at the end of the day, it’s just simple delicious food that people want to eat.”

Of course, simple and delicious doesn’t necessarily translate to traditional. “[Yellowbelly’s] not a seafood shack by the common definition,” he said. He plans to do creative takes on the idea of what diners don’t commonly consider seafood.

He said there will also be a big surf and turf element to the menu, though in keeping with his aesthetic, don’t look for a classic steak and lobster tail combo.

“You might see prawn and pork dumplings, or mashups of pork belly with eel sauce, or Missouri beef with potatoes cooked in seawater,” he said.

While diners might not see Blais working the line at Yellowbelly when the doors open, he said he’ll definitely be a continuous presence.

“Obi-Wan Kenobi doesn’t die. He just becomes a hologram,” Blais said. “I’m always going to be a part of it. And then the restaurant becomes what it is. It’s important for all of my concepts. It’s never about just one person in any organization. It’s about creating Yellowbelly and what it means, and part of that is going to come from a tree trunk called Richard Blais and a lot of the leaves that grow off the trunk will be the executive chef and the sous chefs and the people who become a part of the concept and collaborate.”