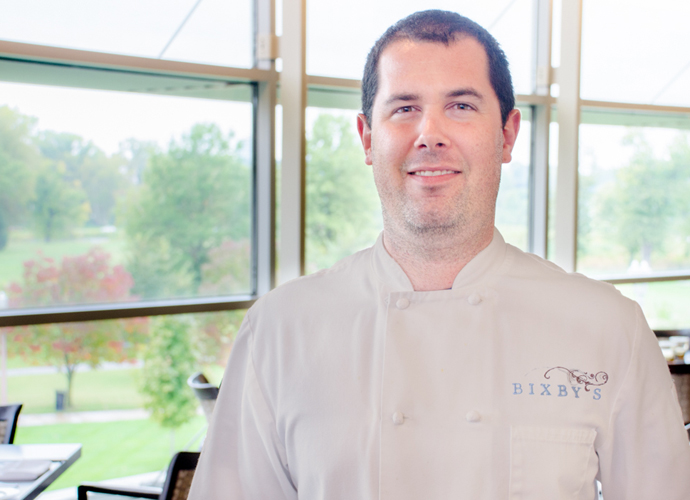 The Scoop: Chef Corey Ellsworth takes the helm at Bixby’s

Bixby’s, the lunch and brunch restaurant located inside the Missouri History Museum, has welcomed new executive chef Corey Ellsworth to its culinary lineup. Ellsworth, who was previously executive chef at Chandler Hills Vineyard, said he was drawn to the historical element that often influence Bixby’s menu.

The current Louisiana Purchase-inspired fare allows Ellsworth to delve into Missouri’s past and pull culinary inspiration from Spanish and French roots. The menu features meats such as bison, duck and turkey, along with seasonal ingredients such as persimmon, apples and cranberries.

“I’m really excited to come into a place that has a really wonderful reputation already and just try and excel and make it grow and push it to do even better than where it is now,” he said. “That’s my goal, and I’m pretty tenacious when it comes to meeting my goals.”

Local catering company Butler’s Pantry operates Bixby’s, and its president Richard Nix Jr. said Ellsworth’s international culinary experience (he has cooked everywhere from Yosemite National Park to Nicaragua) will be an asset in Bixby’s kitchens. “We didn’t want the place run by caterers. We’re learning from him, and he’s learning from us,” Nix said.