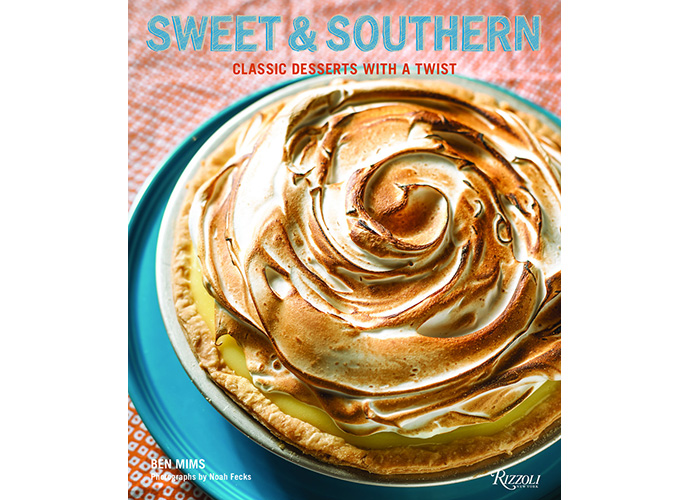 Breakfast is supposedly the most important meal of the day, but I’d argue that the title should really go to dessert. Ben Mims seems to agree in his new book, Sweet & Southern: Classic Desserts with a Twist, the pages of which are filled with mouthwatering recipes for cakes, pies, custards, cookies and even frozen treats to tempt us dessert advocates.

Grapefruit always seems to be an underdog in the kitchen, never getting the attention it really deserves. So when I saw Mims’ recipe for Grapefruit-Blackberry Bars, I was intrigued by its combination of fruity, sour and sweet flavors. 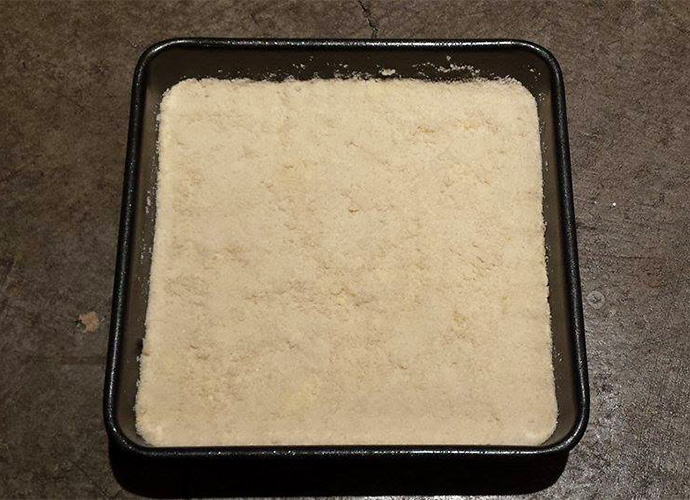 The cookie-like crust was an easy task, just quick mindless mixing of dry ingredients. The recipe called for a 9-by-13-inch pan, but I only had a 9-by-9-inch one available, so I made a mental note to let the bars cook a bit longer than the prescribed time. I also let it rest overnight in the refrigerator before baking the next morning while I made while I presumed would be an equally easy blackberry sauce.

However, my frugal self opted to buy an actual pomegranate instead of the $13 bottle of juice at the grocery store. Only when I returned to the Sauce office did I wonder how on earth I was going to juice a pomegranate. Squeeze each individual seed? Stick it in a blender? Maybe jam a straw in it and see if gravity could help me out? I ended up scooping the pomegranate seeds into a plastic zip-top bag, sealing it tight and whacking it until I had the entire tablespoon – yes, just a tablespoon – of juice needed for the sauce. It may not be the most professional way to do things, but it was certainly efficient (and entertaining to my audience of Sauce editors). 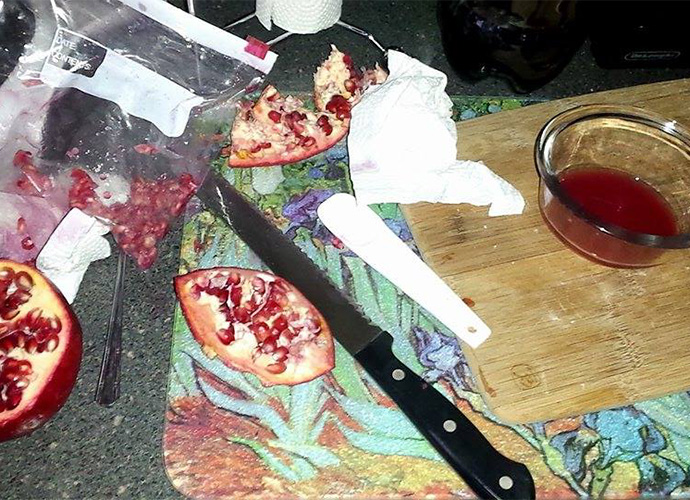 The grapefruit makes it appearance in the filling, a mixture of more sugar, flour, eggs, and the juice and zest of a lemon and a grapefruit. Zesting an entire grapefruit proved to be quite the arm exercise. This recipe really makes you work for every tablespoon of flavor.

I poured the filling over my cooled cookie base and drizzled the blackberry sauce over it. I took some creative liberty to create a swirly masterpiece before popping it in the oven for 45 minutes, remembering my note to add time for my pan size, then moved it to the refrigerator later.

Four agonizing hours later, the result: sweet-tart bars oozing with citrus and berry flavor. The blackberry swirls on top were a feast for the eyes, as well. My bars were quite runny in the middle – akin to a half-baked gooey butter cake – but they were delicious nonetheless. The rich crust baked beautifully and served as a textural contract to all that slippery filling. I’d recommend skipping the confectioners’ sugar and using vanilla bean ice cream as a garnish instead. Your sweet tooth will thank you. 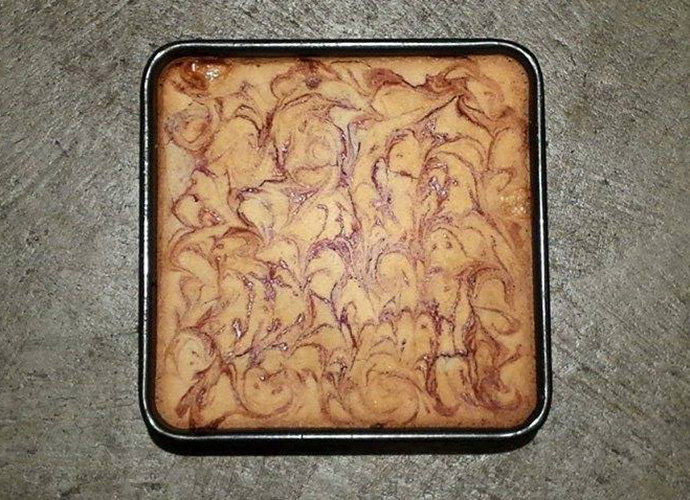 ● Heat the oven to 350 degrees. Spray a 9-by-13-inch baking pan evenly with baking spray.
● In a bowl, beat the butter and ½ cup of the granulated sugar with a handheld mixer on medium-high speed until light and fluffy, 2 to 3 minutes. Add 2 cups of the flour and the salt and mix until combined.
● Transfer the dough to the prepared pan and press it into the pan to cover the bottom and about halfway up the sides. (Place a sheet of plastic wrap on top of the dough and press so that hands don’t stick to the dough.) Refrigerate the dough for about 30 minutes.
● Bake until light brown, about 20 minutes. Remove from the oven and let cool slightly.
● In a small saucepan, combine the blackberries, ¼ cup granulated sugar, the lime juice, and pomegranate juice and bring to a boil over high heat. Cook, stirring occasionally, until thick, about 10 minutes.
● Remove from the heat and press through a fine-mesh sieve set over a bowl, pressing on the solids to extract all the juice from the berries. Let cool completely. Discard the solids.
● In a bowl, whisk together the remaining 3 cups granulated sugar and 1 cup flour (this is to prevent lumps of flour from forming in the filling), then add the grapefruit and lemon zests, grapefruit and lemon juice, and the eggs and whisk until smooth.
● Pour the filling onto the crust, then drizzle the blackberry sauce in stripes over the top. Drag a toothpick or knife through the filling and sauce to create swirls.
● Bake until the filling is just set in the middle but still slightly jiggly in the center, about 35 minutes. Let cool completely at room temperature, then refrigerate for at least 4 hours to set the filling before cutting into bars.

Reprinted with permission from Rizzoli Publishing

What's your favorite way to use grapefruit? Tell us in the comments below for a chance to win a copy of Sweet & Southern.