Superstitions, Rituals and Other Weird Things

With paintings like Munch’s “The Scream,” big-hit Broadway musicals like “Sweeney Todd, The Demon Barber of Fleet Street” and just about everything penned by Edgar Allan Poe, it’s no mystery that the arts can richly master the macabre. But what may be news to some is the strange stuff that goes on during the process of art-making, no matter if the end result is scary at all.

Analogous to the wide world of sports, where players’ superstitions are well documented (not to mention the many baseball curses, one of which was lifted last fall), the arts have their own superstitions, rituals and weird traditions. And they run the gamut: from the silly – always use a rabbit’s foot to apply stage make-up – to those that could have derivative meaning from coincidence – the so-called “Curse of the Nines,” which supposedly terrified the composer Gustav Mahler. (Beethoven, Schubert, Dvorák and Bruckner met their deaths almost immediately upon completing their ninth symphonies. Mahler, incidentally, met his demise while writing his 10th.)

Of all the artistic disciplines, the performing arts embrace the notion of superstition with great gusto. One of my favorites is the forbidden utterance of “Macbeth” by an actor while in a theater. This obviously struck me as odd, because I was certain that “Macbeth” was indeed intended for theatrical performance. (I later discovered that it’s only during “unofficial” occasions when “Macbeth” is a dirty word – misfortune is exempt while rehearsing or performing the play.) In its place, “the Scottish play” is acceptable for the work and “the Scottish warrior” for the title character.

“Some people take [the Macbeth superstition] very, very seriously, particularly those people who have more experience doing classical work all the time,” said Ron Himes, founder and producing director of the Black Repertory Theatre Company, who presented the production earlier this year. “If you say it in a dressing room, there are things you have to do, like turn around three times before you are allowed back in. In our production, everyone did respect the tradition, though we called it ‘Blacdeth.’”

The gloom and doom that surrounds “the Scottish play” has some validity if one is to believe bloggers, pseudo-historians and conspiracy theorists: More accidents and bad luck have been associated with this one play than any other, according to several theater department handbooks I ran across, and the countless online lists that treat the superstitions surrounding Macbeth as a thespian’s version of David Letterman’s “Top Ten.” Even during the Black Rep’s production, when there was a sprained ankle or someone got knocked around, “The Scottish Play” was to be blamed. “Something would happen and someone would say, ‘That’s because you said IT last night,” said Himes. The play’s creepy lore stems in part from the fact that the word “dark” appears more and the word “love” appears less than in anything else by Shakespeare.

The Macbeth superstition can have practical applications, however: Financially troubled companies have mounted the production so the inevitable fall of the theater could be attributed to this unwise but otherwise innocent play selection, rather than management irresponsibility.

In the visual arts, there is a widely known story surrounding a mystical statue behind glass within the Oceanic gallery at the Saint Louis Art Museum; supposedly at night, this feisty figure scratches its glass encasing from the inside. Entitled “Effigy Figure” (rambaramp), the life-sized statue sports the actual skull of the high-ranking south Malakulan man the figure represents. Brian Adkisson of the Saint Louis Art Museum told me it was less an urban myth and more of something that the museum talks about openly. “So, it’s no secret,” he said. The information panel flanking the figure openly addresses the lore: “There are some who think that this rambaramp figure contains a spirit that still lingers, and people have pointed out scratches on the glass pane in front of you as proof. As far as we can tell, the figure is not alive; the scratches were made by something harder than a dead man’s fingernails.”

Although identifying the seriously creepy beyond “The Scottish Play” and “Effigy Figure” locally was a challenge, there are bits of ritual behavior evident in the St. Louis arts community. Local jazz diva Denise Thimes won’t reveal her song list to anyone before going on stage; Ron Himes et al at the Black Rep have a prayer circle before each performance.

Brandon Anschultz, exhibition manager at the Contemporary, and his crew have begun wearing T-shirts emblazoned with “I Y Install” in an attempt to ward off any insensitivity during the intense time of installation days before an exhibition opens. Nick Kyrah, resident artist for 29 years with Metro Theater Company, commits to neurotic checking of the gas gauge (probably not so unusual for a touring company; after 33 years, they have only run out of gas twice). Donna Parrone and Marty Stanberry of HotCity Theatre have a glass of wine when they make their curtain speeches before a performance.

Just as former Cardinals pitcher Steve Kline committed to wearing the same dirty cap for the entire season, there are rituals in the arts revolving around apparel selection for certain events. Chris Mannelli, education director for HotCity Theatre, has one that would make any prom-goer of the 1970s beam with pride. “I wear a blue-velvet tuxedo; it’s my costume of choice,” he said. “An art professor from college had it, and his wife made him get rid of it, so he gave it to me. It’s too big, it’s ridiculous. I’ve been wearing it for every opening night. I’ve only been here for about three and a half years, but people are starting to get used to it; I think people expect there to be wild and crazy things in the theater. [My wife] Rita thinks it’s horrible, so I may have to pass it down someday. It’s funny, a little eccentric, and I really can’t wear it any other time.”

Chris Clark, executive director of Cinema St. Louis, brands himself to the St. Louis International Film Festival program every year. “I match our color design for the season, and it’s usually an extremely bright, loud color,” he said. “Last year, it was a pink shirt, and I wore one every day of the film festival. I try to pick a thematic color and stay in the spirit for the [entire run]. Eleven days – that’s a lot of pink shirts!”

The festival, which begins on Nov. 10, will feature a more somberly dressed Clark. “This year, [the program] is a sepia-toned photograph. I’ll be more monotone, but I’ll think of something.” 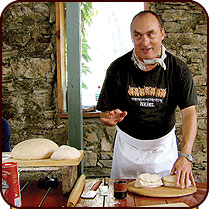 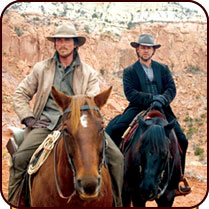 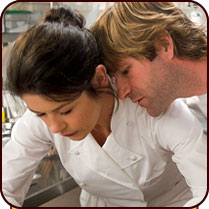