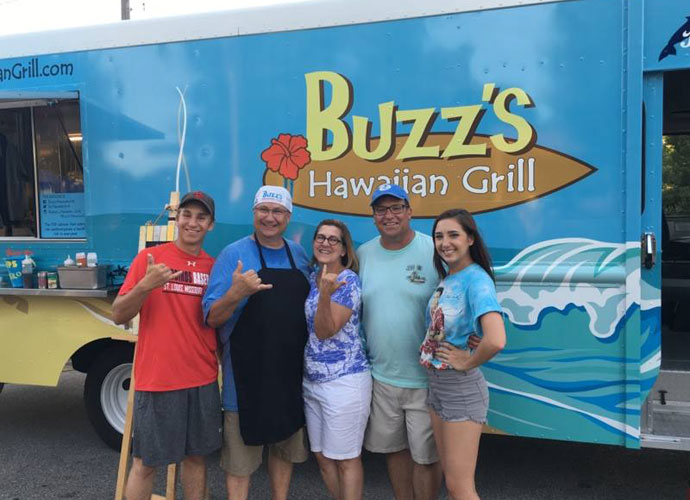 Moore, a native St. Louisan, lived in Hawaii for five years, as well as California and Okinawa, Japan. When he moved back to his hometown several years ago, he was disappointed in the city’s lack of Hawaiian food. After decades of traveling back to the island state to visit family and cooking Hawaiian fare for family and friends, he decided to launch his first culinary venture showcasing the cuisine and its blend of international influences from China and Japan to the Philippines  and Hawaii’s native islanders. “It’s not just pineapple,” Moore said. “It’s food from everywhere.”

Moore said he hopes to bring a spirit of aloha to the Midwest, which he describes as a way of life that’s about “chilling and being friendly and open to one another.”

Other dishes include fish tacos, musubi (Spam and rice and a sweet egg pancake wrapped in nori) and poke, a raw fish salad that has gained popularity on the mainland in recent years. Look for sides like lomi lomi (a tomato and salmon salad) and lumpia.