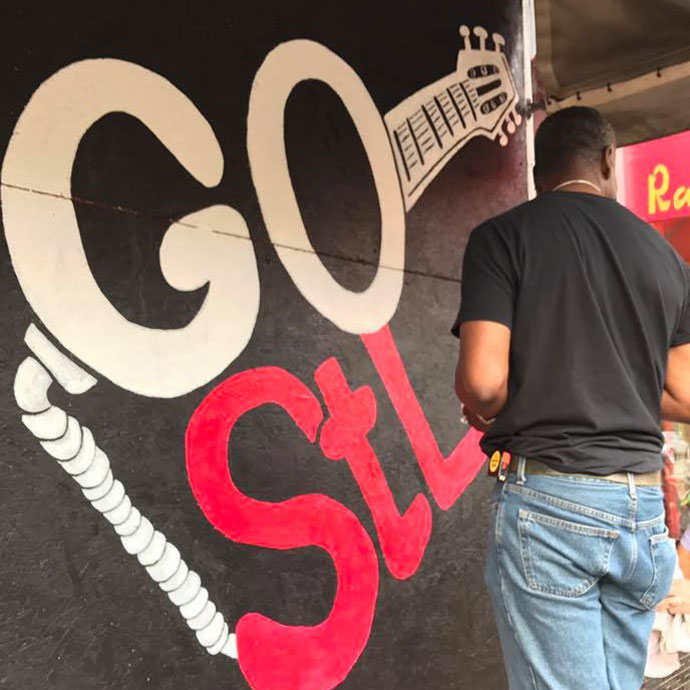 In the wake of the not-guilty verdict against former St. Louis police officer Jason Stockley on Friday, Sept. 15, in the shooting death of Anthony Lamar Smith, demonstrators have protested the outcome around the city, including the Central West End and the Delmar Loop. The demonstrations were largely peaceful, but some vandalism of area businesses, including several restaurants, occurred after the protests ended.

Evangeline’s Bistro & Music House manager Maggie Gomez said two windows were damaged at the CWE restaurant on Friday night, but no one was injured as a result. “It was better than it could have been,” Gomez said. “When they (hit) the glass, the band was on stage playing. Glass got in the piano, and the musicians had to get off stage.”

Gomez said the windows are made from shatterproof glass and remained largely intact with just some holes, and the restaurant stayed open for the remainder of the night and opened for business as usual on Saturday. She said Friday’s verdict affected business in the area over the weekend, even before the protests.

“We had a slow weekend. We were dead because of everything,” Gomez said. “We’re doing our normal hours, but I don’t think it’s going to be the same down here for a couple of weeks.” 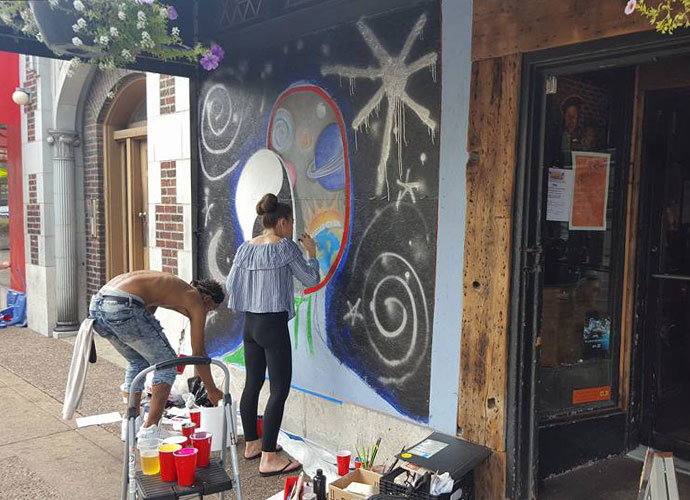 Vandalism occurred on the Delmar Loop, as well. Several establishments along Delmar Boulevard, including Salt & Smoke, Three Kings Public House and Ranoush, had windows broken on Saturday night after the protests there ended. Salt & Smoke owner Tom Schmidt said the damage occurred at approximately 11 p.m., after the restaurant closed for the night.

“No broken bones, just broken glass,” he said. “We lost about five or six windows. It could have been worse.”

The community spent the next few days decorating the boarded up businesses. Photos on the Delmar Loop’s Facebook page show volunteers painting murals depicting positive messages. Salt & Smoke also posted photos of the community cleaning up broken glass around its storefront in the early hours of Sunday morning.

Schimidt said he was able to reopen Sunday morning, and business didn’t suffer. “Sundays are always pretty crazy here, and we were full pretty much all day,” he said.