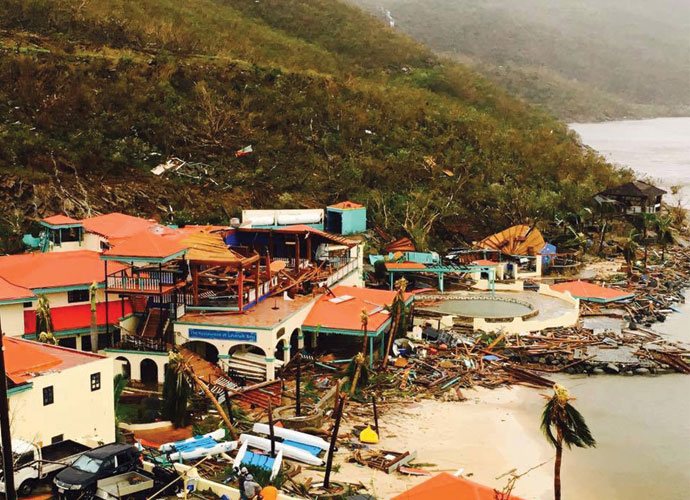 St. Louis-area restaurants are coming together once again to provide aid for Hurricanes Harvey, Irma and Maria victims.

The Hamilton Restaurant Group hosts the Saint Louis Restaurants Hurricane Relief Fundraiser tomorrow, Sept. 29, from 6 to 9 p.m. at Moulin Events. Proceeds from this ticketed event will be split between nonprofits AmeriCares and the Love for Love City Foundation.

Hamilton Restaurant Group co-owner Paul Hamilton said his family owns property in the Caribbean and wanted to support that community. “We have friends and family there,” he said. “Everyone from the Caribbean to Florida is in this, and there’s just so many people affected.”

Tickets are available online or at the door. Admission includes food tastings from Hamilton’s restaurants Vin De Set, PW Pizza, Eleven Eleven Mississippi and 21st Street Brewers Bar and Charleville Brewing Co. & Tavern, as well as 11 other restaurants, including Polite Society, SqWires, Cunetto’s and LoRusso’s. and there will be live and silent auctions and live music. Heidi Glaus of “Show Me St. Louis” will emcee the event.

Two of the newest additions to Baileys’ Restaurant Group will also participate: Hugo’s Pizzeria and the upcoming L’Acadiane. “Beyond [the fundraiser] being a good cause and there being people in serious need, we’ve been in the neighborhood with Paul and Wendy Hamilton for several years and we respect them,” said owner Dave Bailey. “They reached out to restaurants in the neighborhood, and the credit really goes to them.”

Lafayette Square neighbor Square One Brewery and Distillery will also provide food and drink at the fundraiser. Owner Steve Neukomm also owns property in Florida and understands Irma’s overwhelming effects on the community. “I’ve been dealing with our condo down there,” he said. “It’s really affected us all.”