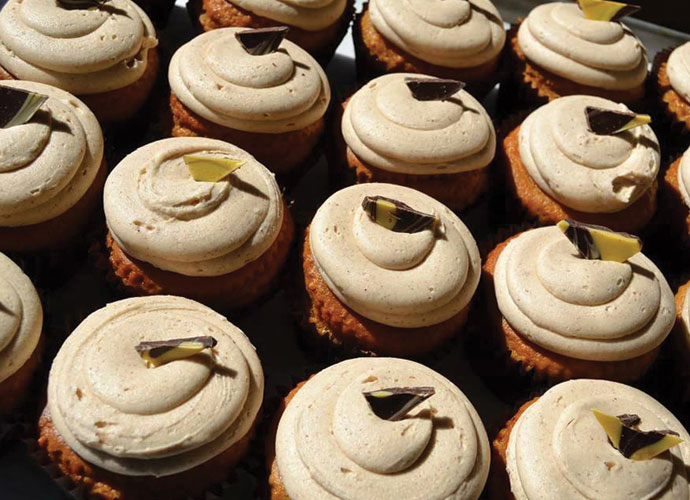 cupcakes from the cup in st. louis photo courtesy of the cup

Fans of The Cup can now seek out their favorite buttercream-topped treats all over town.

The Cup Tiny Truck joined the ranks of St. Louis’ food trucks in August, selling gooey butter cake bars and a variety of buttercream cupcakes. The truck travels between St. Louis city and soon, St. Louis County, and is available for corporate and private events.

The Cup owner Ericka Frank, who owns shops in the Central West End and Edwardsville and The Cakery Bakery in Dogtown, said launching a food truck has long been a part of her plan. As The Scoop reported in October 2016, The Cup closed its Chesterfield location, in part to further The Cup’s transition to a more mobile cupcake business.

“The truck we have we’ve used in the past for delivery,” said Frank. “For quite a while we’ve been wanting to use that as a food truck, and we were able to do that recently.”

Frank said The Cup is also expanding into retail sales, selling vanilla and chocolate buttercream frosting by the pint in her shop and in local markets. “It’s really good even just dipping it in pretzels,” Frank said. “It fits perfectly in my cup holder in my car.”