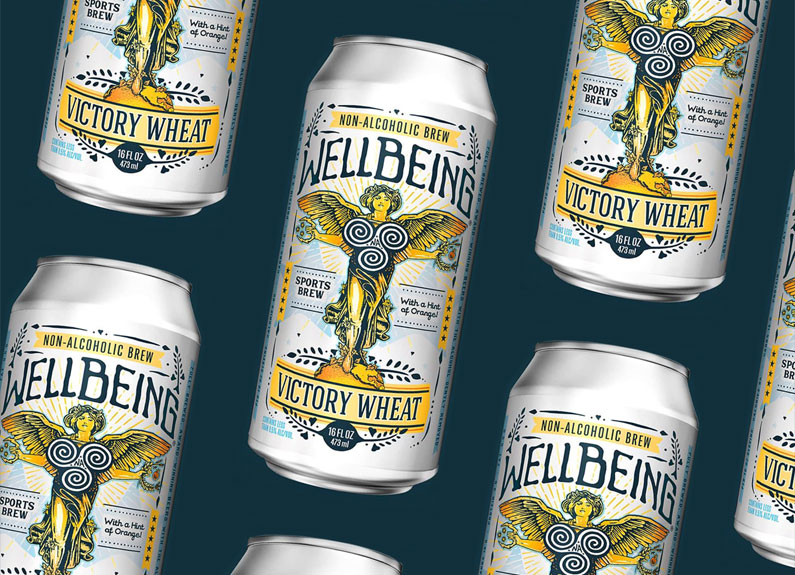 “This new [beer] Victory Wheat … has this orange zest overlay on a really nice wheat beer, and I think that orange just adds so much to its flavor profile,” Stevens said. “We took out a little of the carbonation to make it a little more drinkable for athletes.”

Stevens called the beer a sports brew and said it can be consumed after a workout to replenish electrolytes, similar to a sports drink. “When you put [electrolytes] in our nonalcoholic beer, which is already super healthy, all-natural and hydrating, it becomes this hydrating beverage for hot days, last call, post-workout and all those kinds of situations,” Stevens said.

Wellbeing used a blend of electrolytes made by Buoy, a St. Louis-based startup. “Most electrolytes have a real strong flavor, and that’s why Gatorade tends to add a lot of sugar, to overcome that,” Stevens said.

Wellbeing Victory Wheat will be available in four-packs of 16-ounce cans at Whole Foods and other select retailers.

“You put two things together – a delicious all-natural beer with no artificial flavors, no artificial colors, no alcohol, which is the dehydrating part, and then you dose it with all these electrolytes, which your body needs after a workout – and it’s just this interesting, new and unique beverage,” Stevens said.