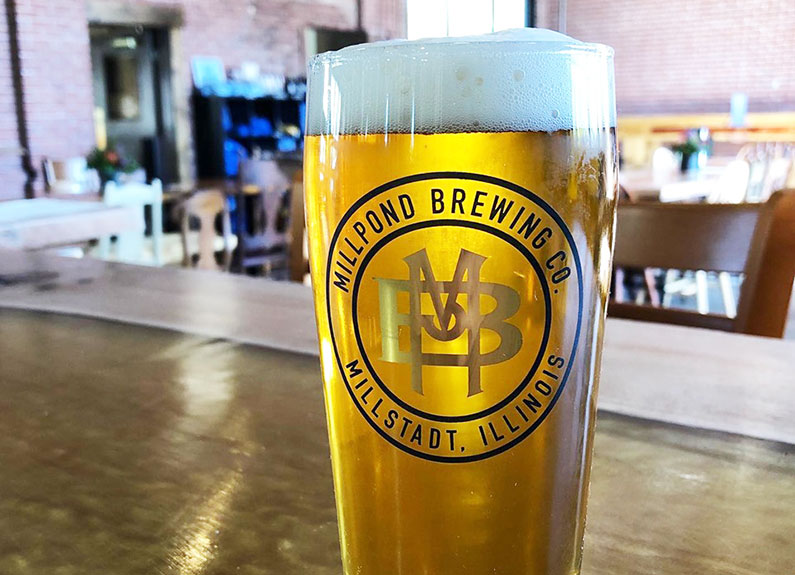 Millstadt now has a new spot for beer drinkers. Millpond Brewing & Incubator opened in early October at 308 E. Washington Ave. in a former Shell gas station, as reported by the Belleville News Democrat.

Owner and brewer Bryan Schubert said he’s always wanted to use the location as a brewery. “This was the building in the town that I grew up in that I always thought, ‘If I opened up a brewery, that’s the building it would be in,’ and it became a reality,” Schubert said.

Schubert spent several years homebrewing before turning his hobby into a full-time operation. He brews a variety of styles like American stouts, APAs, Weissbiers and Vienna lagers on the 5-barrel house system. Schubert said he wanted to offer a wide range of options to appeal those familiar with craft beer and newcomers and will soon add sours and Belgian styles to the rotation.

“The other side of it is also for anybody that is in my shoes four ago thinking about opening a brewery, maybe our brewery could be an opportunity to test-market their beers," he said.

The 99-seat taproom (with another 70 seats on a biergarten) currently does not serve food, but Schubert said food trucks park outside the brewery on peak days. Patrons are also welcome to bring in outside food.

Millpond Brewing is open from 3 p.m. to 10 p.m. Tuesday and Wednesday, noon to 11 p.m. Thursday through Saturday and noon to 7 p.m. Sunday.