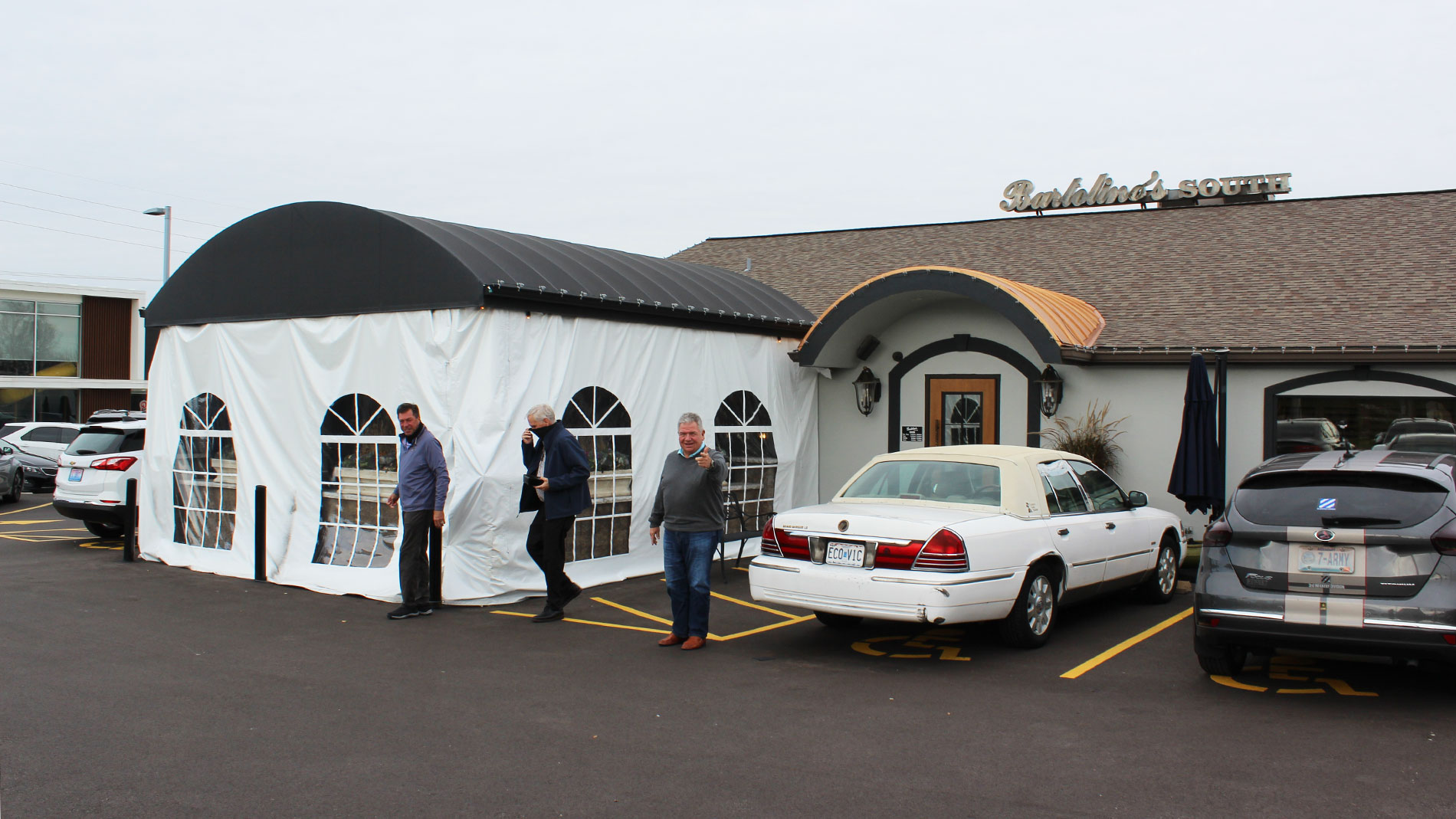 A Facebook post from Bartolino’s Restaurant group said that they and other St. Louis County restaurants planned to sue and would stay open despite the order. Sauce Magazine confirmed that after the order went into effect, Bartolino’s South was offering indoor lunch service on Tuesday, Nov. 17.

Chris Saracino, vice president at Bartolino’s, said the South County location is the location in the restaurant group – which also includes Bartolino’s Osteria, Chris’ Pancake & Dining, and Chris’ at the Dockett – impacted by the order.

He said they’re not being defiant simply to be defiant but because of the effect this order will have on their employees.

“It would be helpful if we got some relief; we don’t have any financial relief,” he said. “Right now, it’s a dark tunnel with no end in sight. Experts predicted this spike. Why weren’t they trying to make sure that help is available to us when it came? The voices we’re standing up for are our employees. To look them in their eyes and not be able to offer them any support – they have to pay their kids’ tuitions and put food on the table and pay their mortgage. I take that responsibility seriously as an employer. If the county and the health department felt it was important to talk, they would have. Has the county brought us to the table, have they reached out to us? No.”

With mounting pressure on restaurants to adhere to safety guidelines, another pressure, taxes and financial commitments, weigh heavily on restaurant owners as well.

“So, in 45 days, property tax is due,” Saracino said. “In 15 days, sales tax is due. In some cases, that can be $20,000 or more. And since the reopening, we’ve operated at less than capacity, we’ve incurred costs for cautionary reasons: masks, gloves, extra plexiglass and construction costs – those partitions weren’t cheap. Gloves [by the] case used to be 30 bucks – now they’re 90 bucks. Depending on the week, we buy two cases a week. These bills are coming due, and it keeps us up at night. Have they said, ‘We’ll delay your payroll tax, your sales tax, your property tax.’ No.”

Saracino would not comment on the status of a lawsuit or if it was being actively pursued.

Bob Bonney, CEO of the Missouri Restaurant Association (MRA), explained that the association is joining in the filing of a lawsuit against the county by a collection of St. Louis County restaurants. Bonney would not comment on how many restaurants were involved.

“This is the second time that they have been shut down this year; it’s going to be devastating,” Bonney said.

In a statement released on Monday, Nov. 16, the MRA said, “Missouri Restaurant Association today announced it will join a legal challenge to the St. Louis County directive mandating closure of restaurant dining rooms effective 12:01 a.m. on Tuesday, Nov. 17. The directive was issued without due process or an opportunity for public comment as would have been the case if the matter had been brought before the County Council.”

While some are considering legal action, others are trying to open the door to having conversations with Page to work on solutions between the county and restaurants to combat the virus in the future.

As first reported by Fox 2 Now, a coalition of restaurateurs, including Cobalt Sea & Smoke’s owner Bernadette Faasen, Kingside Diner and Herbie’s owner Aaron Teitelbaum, Café Napoli and Napoli II co-owner Kye Pietoso and others want to work with the county rather than sue it.

“There’s talk of suing; we’re not saying that is right or wrong. We want a meeting with Dr. Page for the future, before we have more shutdowns that affect the restaurant industry. Consult with us to come up with solutions before doing this,” Teitelbaum said. “They launched these new restrictions without a plan for our employees; that’s a bare minimum. What are we going to do for them? It’s different from [the shutdown] in March. There was extra unemployment; there was PPP [Paycheck Protection Program] in the works. We had hope; right now, we have no hope.”

Kyle Pietoso, co-owner at Cafe Napoli and Napoli II, echoed Teitelbaum. “We’re not aware of any relief or funding of any sort, and that’s the big issue,” he said. “Now we’re curbside. Patio might work for this weekend, but moving forward – four weeks, fine. If that turns into eight weeks or 12 weeks, that’s the nail in the coffin, and we want to be a part of those conversations going forward.”

Requests for comment from St. Louis County were returned with the following statement:

If a case would end up in court, we are confident in our legal standing based on prior cases during this pandemic. There were a couple of gyms that challenged the public health orders early in this pandemic and lost.

We’d rather work with the restaurants. We want them to succeed in these very challenging times. The health and safety of their employees and customers must be the priority and our Director of Public Health has already committed to talking with restaurant owners about creating a safe path forward.

Legal battles could delay an easing of restrictions, cost taxpayers thousands of dollars and do little to get us where we want to be -- a county with fewer COVID-19 cases so that our businesses can operate safely at fuller capacity.

We have distributed more than $19 million in our CARES Act funds to small businesses, many of them restaurants.  Nearly all of our CARES Act funds are committed. We need the federal government to agree on another round of aid so that our businesses can get another boost to help carry them through the next few months. We are in a crisis. Our hospitals are less than two weeks away from having to make the very difficult decision on who will get treatment, and who may not. The number of daily cases and hospitalizations are at a record high. The only way to get control of this virus is to have fewer people in the same space.

Our county counselor’s office is looking at whether we can extend the deadline for payment of personal property and real estate taxes from Dec. 31, 2020 to April 30, 2021.