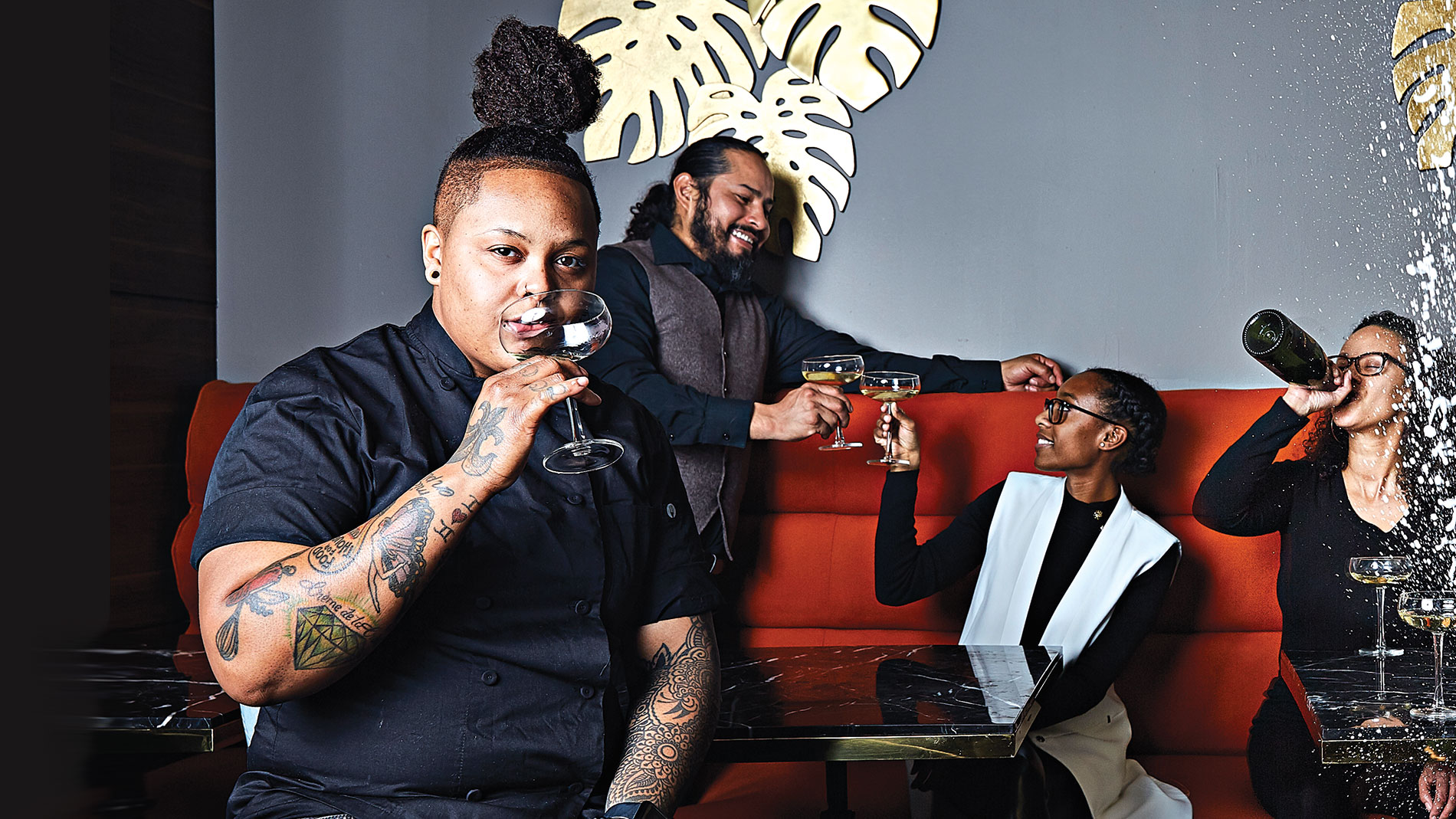 Later this year, Ceaira “Chef Jack” Jackson and Misha K. Sampson, both formerly of Bait and Fleur de Lilies, will open their own spot in Nexus Cultural Cuisine and Craft Cocktails (2704 Locust St.). For Jackson, this will be her first solo restaurant. “I’m excited for Chef Jack to get her own place,” Sampson said. “I’m excited for her to experience the entirety of the restaurant.” Jackson added, “We’re excited to come together and have full reigns over everything. We’re very, very excited to be at this place.”

Jackson and Sampson were most recently at Bait until early last year, when they left to focus on their own projects. “We originally always had a catering company, and when COVID first hit, we kind of went back to that,” Jackson explained. “After that we went to curbside catering – that was pretty cool.” Once things started to open up a bit, the duo moved on to offer intimate dinner parties, pop-ups and even wrote a cookbook, an e-book called Cultured: A Book of Cocktails & Cuisine. Nexus, in some ways, is the natural follow-up to those projects.

“Nexus is the connecting point - it’s just a good place for all culture to come together and enjoy some delicious food from around the globe,” Jackson said, pointing out that the food will be served tapas-style, with small plates that pay homage to the Spanish culture as well as Mediterranean, Creole, South American and Asian food. “We’re also looking for a looser dining experience, not as fine dining, but of course with great service,” she added. “Potential dishes could be Korean short ribs, Asian snapper, gumbo ‘for sure,’ fresh pasta and more.”

The restaurant should have around 60-70 seats, with an additional 12-16 on the patio. “Beautiful chandeliers, exposed brick, a weatherized patio,” Jackson said. “We want you to feel like you’re in our home, like you’re in a place that we love and care about.” To start, the restaurant aims to offer happy hour and dinner from Wednesday to Saturday, with lunch possibly following.

Sampson is heading up the beverage program and aims to offer familiar cocktails with a twist. “I typically like the classics. I’m a stickler for the classics,” she explained. “There will be a couple signature cocktails, but we just like the integrity of things people are familiar with.” She said that a good example of a potential drink is a Lavender Sidecar: “This one came with me from Fleur de Lilies. Everyone knows about the Sidecar, but I’ve done [it differently],” she said.

Sampson also plans to have a unique wine program. “I’ll definitely be working with Classique for the wine selection – they just have great wine,” she said. “A lot of wines you don’t see in stores. We’ll have a nice, handpicked wine list.” She added Nexus would also offer boutique sodas and local beers.