The Harr Family Farms stand at Soulard Farmers’ Market used to feature curled-edge color photos clothespinned to a line, depicting chickens flapping in the barnyard, scratching for bug snacks and chowing down on green tufts of grass. My friend nicknamed the brown eggs she bought there “happy-chicken eggs.” The photos of the Harrs’ freewheeling hens and my friend’s enthusiasm for the taste of the eggs prompted me to try them. The eggs did taste great, and knowing the animals providing my food were treated well made me happy, too.

Today, Scott Harr continues to sell eggs at Soulard, as did his father and grandfather before him. The chicken photos are gone (“they’re around, but I don’t know where they’re at”), but Harr’s cage-free chickens, most a cross between the New Hampshire Red and the Rhode Island Red, still pop out 500 to 600 dozen eggs each week. Spring through fall, Harr sells duck eggs as well.

Some folks think eggs taste better in the spring, but, according to Jesse Lyons, poultry specialist at the University of Missouri-Columbia, there’s no difference. “In the spring, you’ve got chickens just coming into lay. They might have more pigment stores to make a more yellow yolk, but nutrition and taste are the same. As spring grasses come out, you get a little different color, too, but, again, not a difference in taste.”

But if you try Harr’s duck eggs, be prepared for something unique, according to Lyons. “Duck eggs have an entirely different taste. You wouldn’t mistake them for chicken eggs. It’s deeper and stronger, a more full taste,” he said. Duck eggs are also quite a bit bigger, weighing 80 grams, as opposed to the 56 grams of a large chicken egg. I’m eager to taste duck eggs this spring.

Harr, like many farmers, must work an off-farm job to sustain his family. “My farm is my side job, even though it’s full time, 24/7,” he said. So when media machines churn out a food-scare story, Harr bristles. “Germaphobes might never touch a farm egg, if they believed the media. We wash our eggs, but I don’t run them through a sanitizing solution,” he said. “Egg shells are porous. Do you want to eat bleach?”
Not me, thank you, but what’s the trade-off? “Commercially produced eggs are sprayed with an antibacterial agent after rinsing,” confirmed Cynthia Fauser, registered dietitian, of the University of Missouri Extension. “Then, because the antibacterial agent destroys the natural bloom on the eggshell, commercial producers add a thin layer of oil to the shells so the egg doesn’t dehydrate.” Farm eggs retain that bloom.

Other differences you might find in farm eggs are rougher shells, freckles and speckles, shells both lighter and darker, and less uniformity in color. “Older chickens sometimes produce a bumpier shell,” said Lyons, “but it’s just extra calcium, nothing to worry about.”

Like Harr, Dave Hillebrand of Prairie Grass Farms is a third-generation farmer, but selling direct at farmers’ markets is relatively new. “We started selling our pastured lamb at the Clayton market in 2000, then added eggs a year later,” he said. He raises 1,200 chickens, most a sex-linked Rhode Island Red cross, and a few Araucanas, which produce a lovely blue egg.

His egg sales have doubled since last year. Still, Hillebrand worries. “We were making big strides until last summer, when the price of feed got so high because of government interference in ethanol production.” He worries the cost of his eggs might skyrocket if prices for feed and fuel continue to rise.

But savvy customers know a good thing when they taste it. Prairie Grass Farms eggs don’t have a sell-by date on the carton; they have a laid-on date. Farm eggs have big, deep golden yolks. They stand tall when you break them into the skillet. The whites don’t run out at the edges, either. If you like your eggs sunny-side up or lightly basted, this egg’s for you. They rate a 10 on the “fluff factor” scale for scrambled fans.

This winter, I’ve been making old-fashioned puddings, custards and tapioca. Smooth, creamy and egg-rich, these desserts hold sweet taste memories of my grandmother’s remarkable cooking. Don’t forget crème brûlée and flan. Ditto for egg stratas, omelets and quiches. But if you hanker for hard-boiled eggs, let farm eggs age a bit before you boil. Fresh ones won’t peel worth a darn. 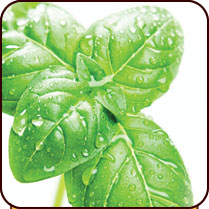 On my list of must-have plants in the sunny raised beds of my backyard, basil ranks ... 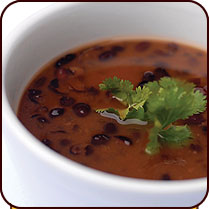 I love the colors and shapes of dried beans. Kidney beans curved tight, deep red and ... 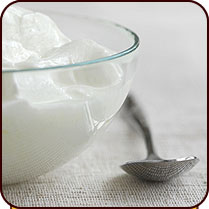 It’s January, with days dreary and nights dark. A time of reckoning after a season of ...