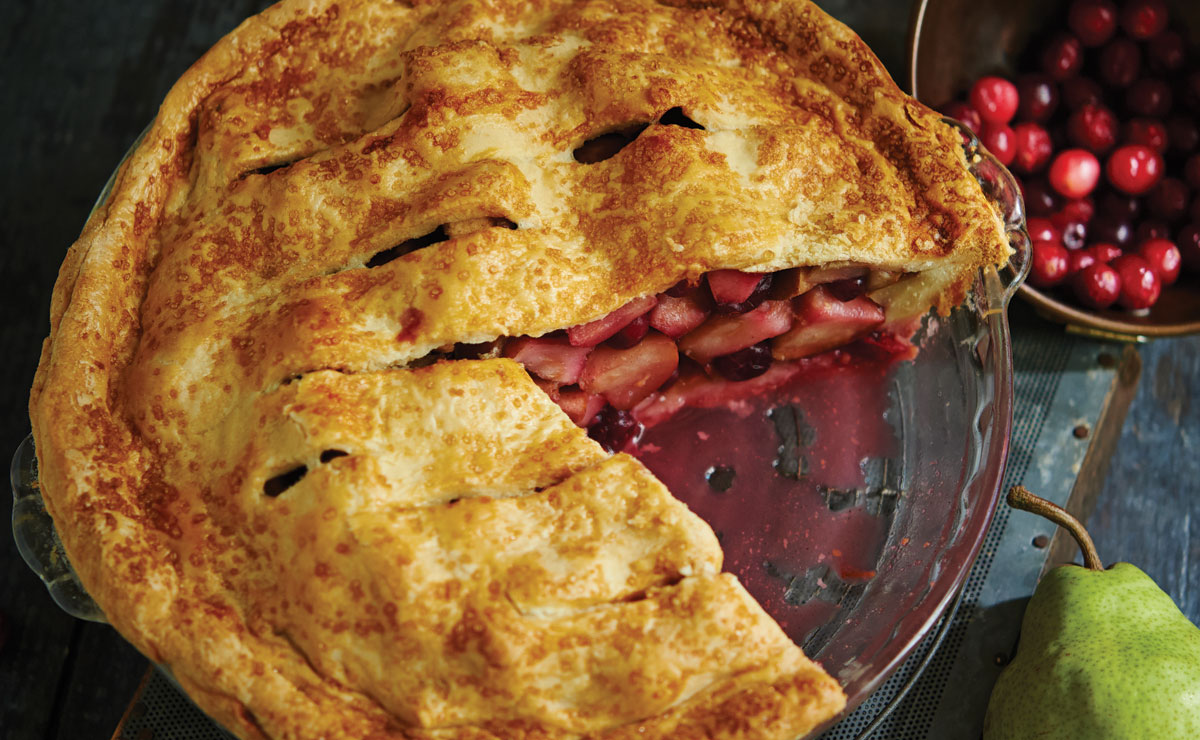 • Add the flour, sugar, 1 teaspoon salt, the butter and shortening to a food processor. Process until the mixture reaches a coarse texture with tiny bits of butter throughout.

• Transfer the mixture into a large mixing bowl, and knead the dough until it forms a cohesive ball. Add the cold water and vodka, and knead until the liquid is incorporated. The dough will be very soft; wrap tightly in plastic and refrigerate until hard, 3 to 4 hours.

• Mix the pears, cranberries, brown sugar, cardamom and remaining ¼ teaspoon salt in a large mixing bowl. Sprinkle the cornstarch over the fruit and stir with a spatula until fully incorporated.

• Remove dough from the refrigerator and let sit at room temperature for 10 minutes. Dust a work surface with flour, then separate the ball of dough in half. Take one of the halves and pat it into a 5-inch circle. Use a rolling pin to roll it into a 12-inch circle.

• Gently press the crust into place on the bottom and sides of the pie plate. Crimp any excess crust with fingertips. Cover the crust with parchment paper. To weigh down the paper, add pie weights or dried beans. Place on the middle rack of the oven and bake until the edges of the crust are slightly browned and crisp, about 15 minutes. Remove from the oven, discard the parchment and weights, and let cool for a few moments.

• Pour the filling into the warm bottom crust.

• Roll out the second half of the dough into a 13-inch circle. Fold into fourths to transfer onto the pie. Carefully lay it across the pie filling, folding under any excess crust. Crimp with a fork or by hand.

• Mix the egg and water in a small bowl and brush over the top crust. Sprinkle with coarse sugar, then cut slits in the top of the pie. 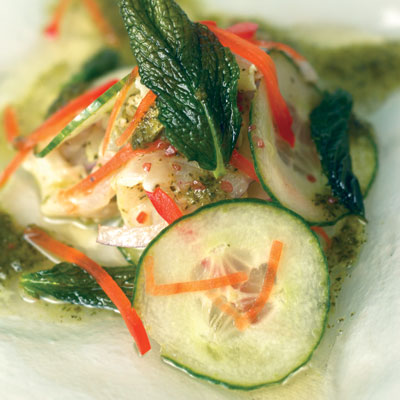 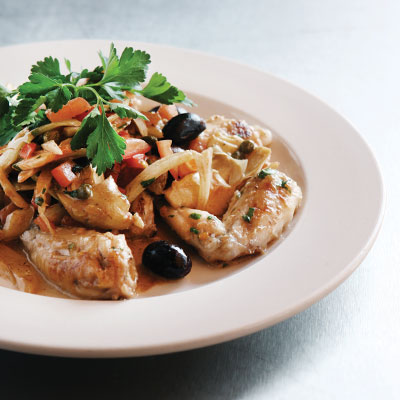 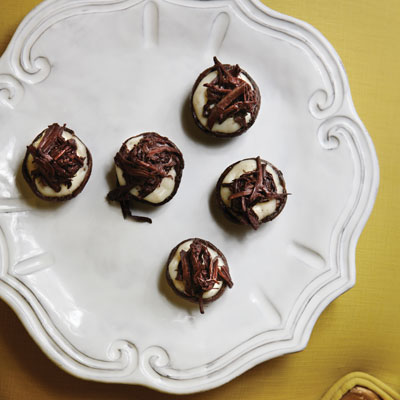