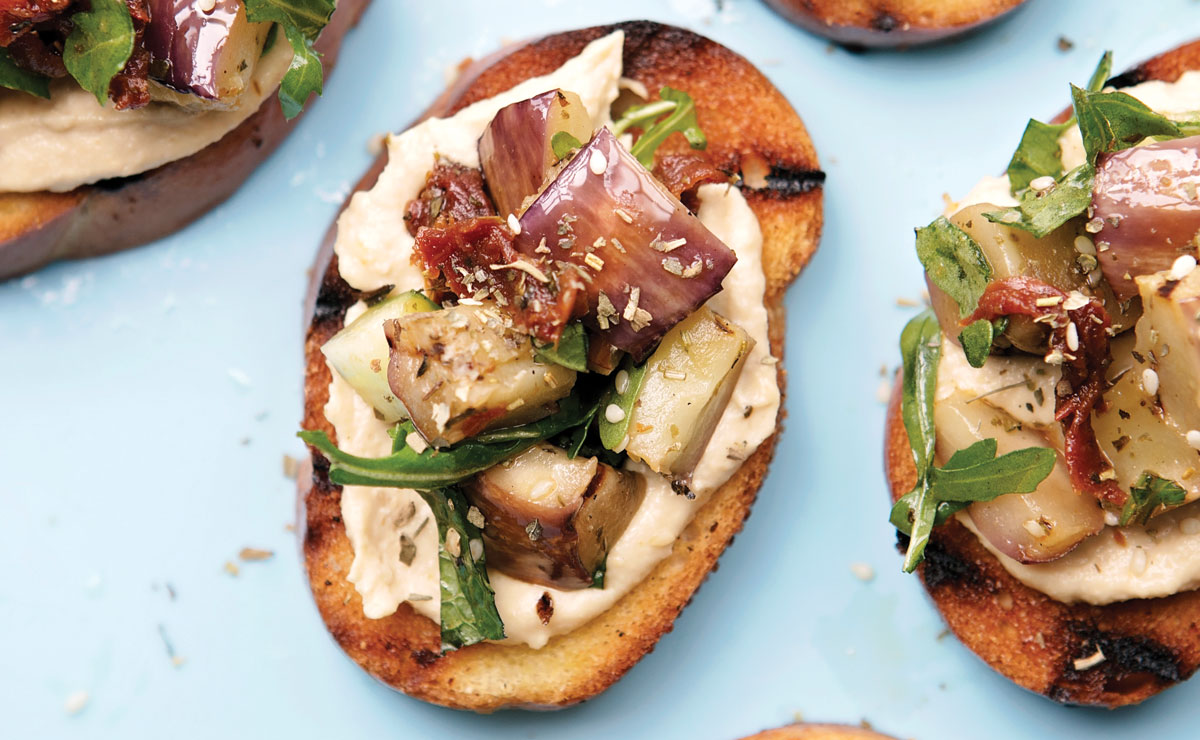 Serve this as an appetizer or simple dinner.

• Prepare a grill for high, direct heat, or preheat the broiler.

• Brush the cut side of the baguette with oil and grill or broil until lightly toasted, about 2 minutes. Remove from heat and cut into 4-inch pieces.

• Dice the reserved eggplant into ½-inch pieces. In a large bowl, combine the eggplant with the arugula, cucumber, sun-dried tomatoes, mint, preserved lemon and cumin. Drizzle with additional olive oil and toss well. Season to taste with salt, pepper and additional za’atar.

• Divide the hummus evenly over the baguette pieces and spoon the eggplant mixture on top. Serve at room temperature. 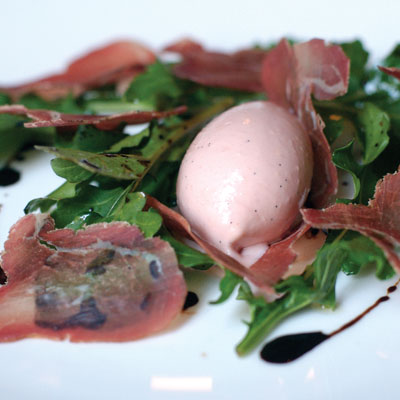 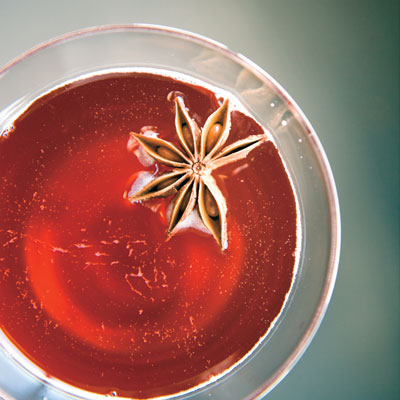 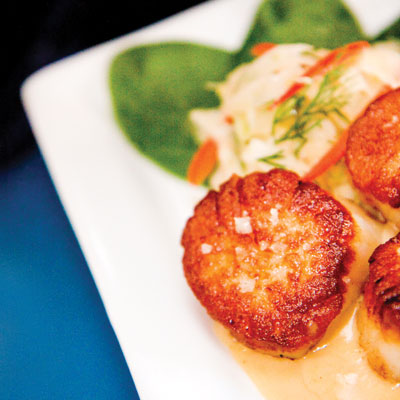