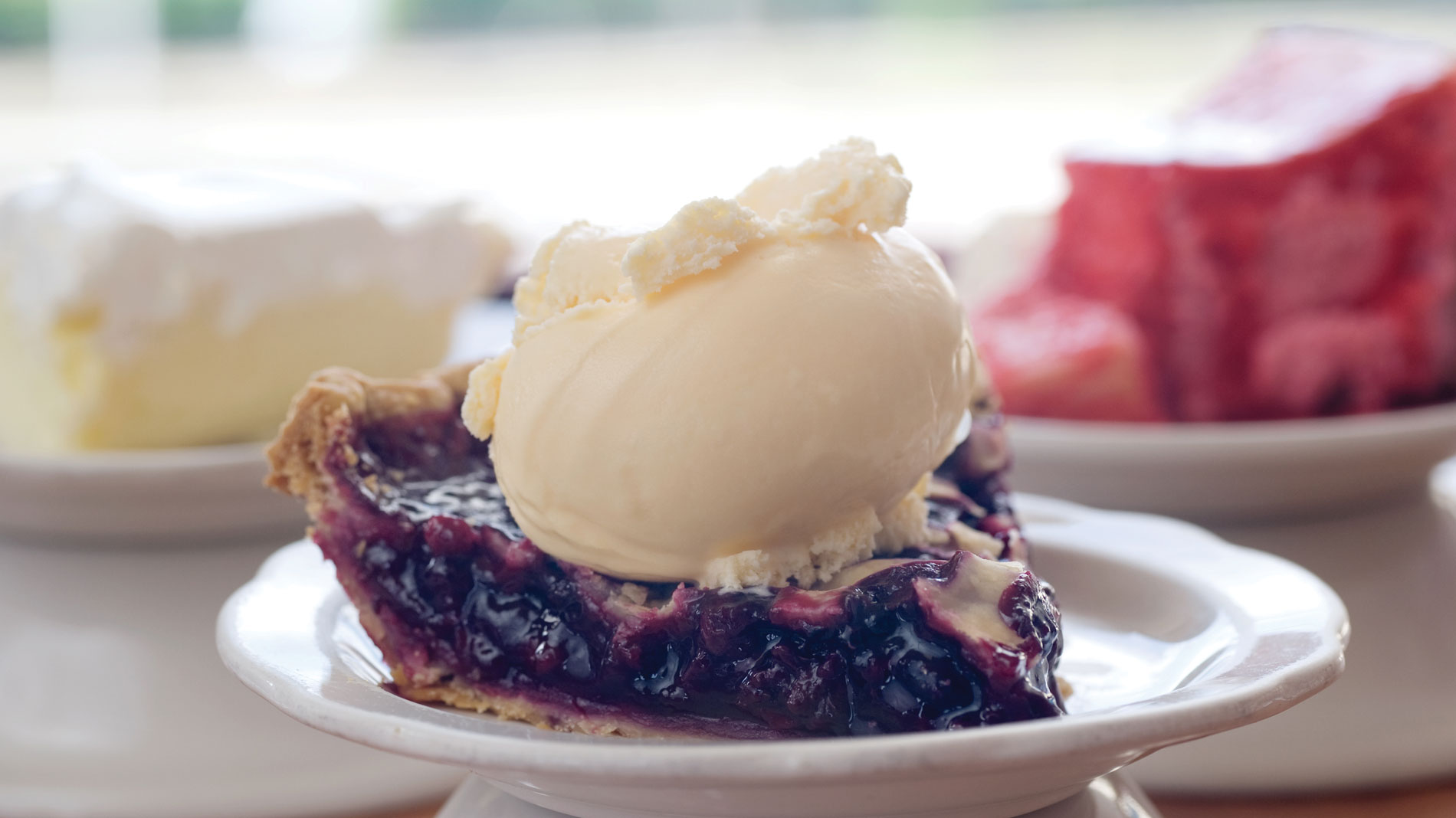 pie from my just desserts photos by david kovaluk

Review: My Just Desserts in Alton

The Ryder building in downtown Alton, Ill., is both a historical stop for Lincoln aficionados and a charming café. Used as a courthouse in the 1800s, today it’s the home of My Just Desserts, a sandwich-and-pie shop where you can sit down with fresh-squeezed lemonade served in a Mason jar and enjoy a view of the changing colors of fall foliage.

The café is open every day from 11 a.m. to 4 p.m., serving lunch until 3 p.m. and desserts until close. Prepared from scratch, the fare is made well and sells through quickly. Get there early if you’re interested in the full menu, which changes daily.

Be sure to start with one of the soups. The green bean and ham was a perfect example of how something as mundane as a side of pole beans, potatoes and a ham hock – combined with a little bit of time and a knowledgeable hand – could render a remarkably satiating bowl. The creamy beef-and-noodle soup showcased soft egg noodles in all their resplendent glory and bits of roast beef, which, although chewy, lent a rich and robust flavor.

The sandwiches transported us back to Grandma’s kitchen table. Though a bit dry, the chicken salad was refreshingly dressed with mayo, sliced green olives and pimentos. This hefty half-pound of roasted breast meat was served on whole wheat bread with crisp romaine (Grandma always made sure we were well fed.). A slightly better choice was the roast beef sandwich, which showcased oven-roasted beef served on a soft white bun with tomato, red onion and lettuce. The cold, tender meat worked well with the tangy horseradish cream.

While lunch was comforting and nourishing, you never went to Grandma for her sandwiches; it was all about dessert. The house-made pies and cobblers, baked fresh each morning and changed daily depending on seasonal ingredients, were wonderful and well worth the trip. Try any of the pies à la mode with either house-made vanilla or cinnamon ice cream. We usually prefer the purity of fresh vanilla slowly melting and mingling with the berries, but here the cinnamon was just as good, with bonus points for the subtle spice.

Everyone’s favorite was the Ozark Berry: a blend of blueberries, blackberries and raspberries, sweetened just enough to balance the acidity and tartness of the fruit. The cheese pies were exquisite as well. The strawberry-cheese pie arrived as a pink tower of sweet, rich goodness atop a house-made graham cracker crust. It had a tantalizing brightness that paired exceptionally well with that lemonade. We’re still arguing with the kids over whether this pie or the pineapple-cheese version was better. Then there’s the brown sugar-pecan pie, which made Anne Marie weak in the knees, and the tart-cherry cobbler – finished with an almond-butter crumb topping, it too was a showstopper.

For centuries, “your just desserts,” has been a phrase that meant you got what you deserved. But at this charming little pie shop, it doesn’t really matter if you’ve been a scoundrel or a saint. With more than 130 recipes that rotate through, this kitchen’s karma will ensure you get what you want – whether you deserve it or not.