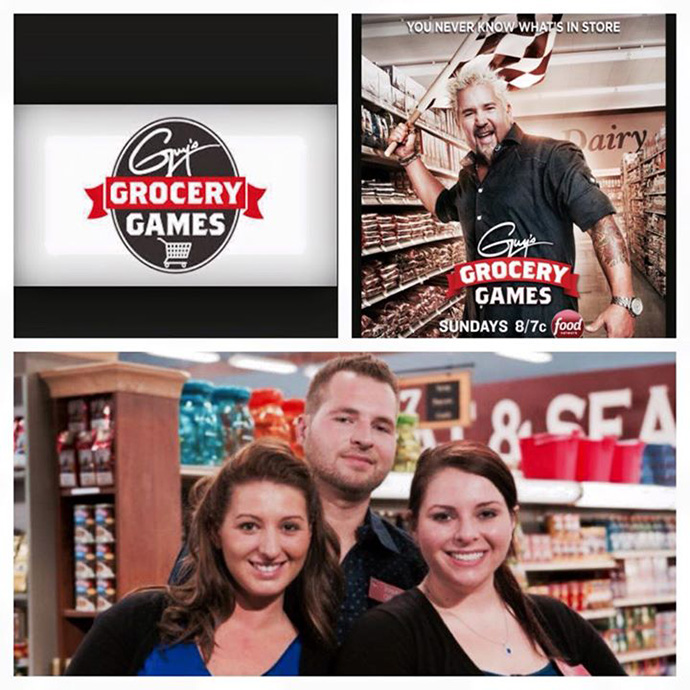 Three South St. Louis siblings cooked up a recipe for success during their Jan. 11 appearance on The Food Network. Senada, Erna and Ermin Grbic of Grbic Restaurant won Guy’s Grocery Games, a culinary competition hosted by network personality Guy Fieri. The Grbic clan bested three other families from around the country to win a $10,000 cash prize. They also advanced to an additional round for a chance to win a final $20,000 shopping spree.

According to Ermin Grbic, Grbic’s restaurant manager, the family was recommended for the show and went through rounds of interviews before making it onto the program, which he described as an "unreal" experience.

“After you get in the zone you don’t even notice the lights or camera people,” he said. “It’s just like being in the kitchen with my siblings, just working together like we always do.”

The siblings will use their winnings to send their parents on vacation and to reinvest the money back into their South City restaurant, which taps the family’s Bosnian roots to create its popular Eastern European cuisine.

The Grbics are also in the process of opening a new restaurant concept; they recently purchased the building that once housed Lemmons, which they plan on reopening in the summer as a sports bar. Senada Grbic said the new space will honor its former  in both name and menu; they plan to call the space Lemmons or Lemmons by Grbic. “I’m hoping to do the menu sort of like the original Lemmons with more of a modern fusion,” Senada Grbic said. “We don’t want to mess with the history of the place.”