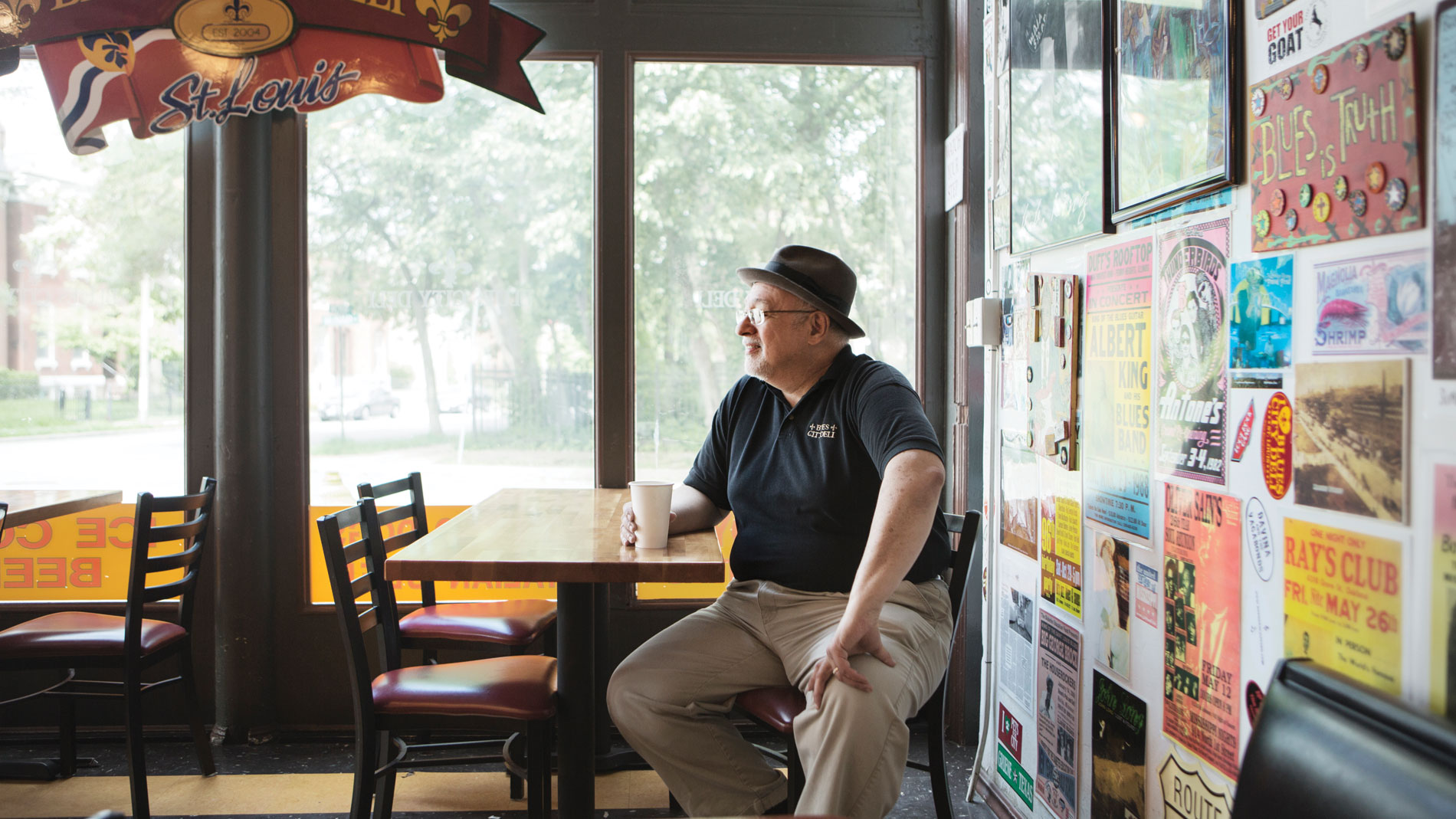 What I Do: Vince Valenza of Blues City Deli

How did Blues City Deli become a St. Louis institution? “There’s a lot of feeling and soul in the food, the energy of the room, the music, the staff,” said owner Vince Valenza. He hopes to make his new venture, Melo’s Pizzeria, opening next door to Blues City Deli this summer, as popular as his decade-old sandwich shop. Here’s Valenza’s recipe for success.

What inspired you to open Blues City Deli?
I knew I wanted to do Italian food and sandwiches. I had developed a love for blues music. I never thought to meld the two until I went to New Orleans. Down there, the music, the food, the culture –  it’s a nice recipe.

What item could you never take off the menu?
The muffuletta. It can stand up to anything down in New Orleans. It’s the root of the whole theme because the menu is based on the blues music highway. It starts in New Orleans.

Why do so many people love your deli?
I hope people feel comfortable, that they’re getting the most bang for their buck – a really good sandwich, a half-hour of time away from the crazy world. They can just kick back and feel at home.

Do you come to work every day?
Even on my day off. I like to be here. It’s my passion. It feels good. You know when you’re a little kid and you look forward to getting up to play whiffle ball with your friends? It’s the same thing.

Who taught you the art of customer service?
My mom and dad. It was our life. When people came over that weren’t in the family, you treated them like family. You just open your arms to people.

What has 10 years in the restaurant business taught you?
Think things through when you’re going to make a change. You can make smarter decisions if you go about things in a slower fashion.

You just changed the Blues City Deli menu.
This was the most drastic change that we’ve done. We took off three sandwiches. We added a few items: Big Tommy – I’ve been wanting to do something for years with garlic cheese bread in sandwich form; Thunderbird, a meaty, flavorful sandwich; and Nina Bella, a warm veggie sandwich.

Tell me about Melo’s Pizzeria.
It’s named after my father. It’s a tribute to him, the old Italian-American St. Louis community and St. Louis in general. It’s Neapolitan-style with our own little twist. For example, we were thinking of a pork belly – smoke it and have it heavily spiced along with chile-infused honey. So when the pizza comes out: sauce, cheese, spiced pork belly and drizzled hot honey. It’s outside the (Neapolitan pizza) certification, but its going to taste really good.

What’s the story on your hat?
If I go to a hockey game without my hat, when I see people from the deli, they won’t know who I am. My uncle wore a hat like this – brim up, never down. It’s sort of in honor to him.

What’s the most memorable blues act at Blues City Deli?
Kim Wilson. He’s with The Fabulous Thunderbirds and is one of the top blues harmonica players in the world. When he walked in, I was shaking. I was like, I cannot believe this guy is in Blues City Deli.

You’re a musician yourself. Do you still play?
Once in a while, I’ll jump on stage. The protocol is, if they ask you, you go. You don’t volunteer and say, “Can I play?”