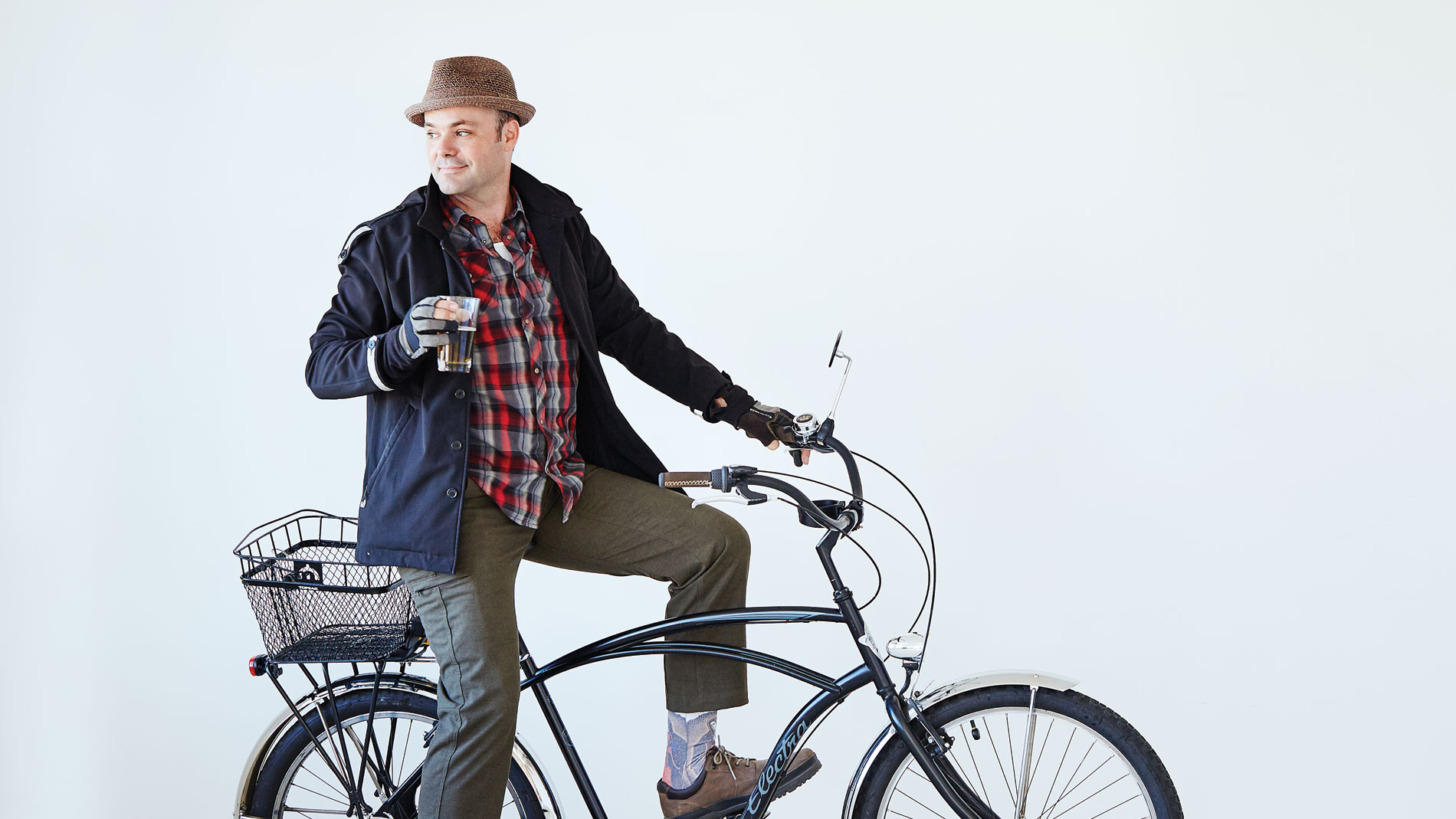 steven fitzpatrick smith of the royale photo by ashley gieseking

What I Do: Steven Fitzpatrick Smith of The Royale

Some bars lure in customers with trivia nights and live music. The Royale brings in thirsty patrons with public forums on local ballot initiatives and live debates between aldermanic candidates. (The killer cocktail list doesn’t hurt, either.) Credit goes to owner Steven Fitzpatrick Smith, who took over the space 10 years ago. Smith explained how he created and sustained a local institution that invites public debate between established neighbors, college hipsters on a dime and maybe even your mom.

You describe The Royale as a “public house.” What does that mean?
It’s a place where you can meet with your neighbors, and it’s an extension of civilized behavior. That's something that gets me feeling very good about where I live: knowing that I can sit down with my neighbors and have conversations with them.

The building that houses The Royale has been a bar since before Prohibition. What was your vision when you took over in 2005?
I wanted a place that was respectable enough that more people could go to it than just a particular niche of the market. I wanted anybody to feel relatively comfortable here. I’ll see some kids that come in to drink, and then the next thing you know, they come in with their parents, and they’re like, “Look, this is where I hang out. It’s respectable. I’m not a ne’er-do-well.”

Why do you host public forums and debates?
These are the kinds of things that I would go to. … I like (watching debates) at the library, but if I can get a drink and maybe a bite to eat, and I can convince three of my friends to go with me, that's much more likely to happen at a bar than in the basement of a library. I enjoy watching the baseball games as much as anybody, but I still think there are other things we can talk about.

You also host events themed around history, like your Cuban Missile Crisis Party.
I love history. When I do (this party), a lot of people learn about the Cuban Missile Crisis. And they got to dress up like it was 1962 and they got to have all that fun, but then they learned about something. I had some great teachers when I was younger, so I (see that as) an extension of what I can do here. Not necessarily as intense; I’m not testing anybody. You can just come in, enjoy the drinks and check out who else is here.

Do you see these events as a public service?
I’m trying to get people to think a little bit more. You want to think more about how to make things better and you have to talk about that with your neighbors. … Better-educated votes lead to a better situation for everybody. We may not agree on everything – that’s certainly not the case. I’m not looking to necessarily sell them on one particular thing. … We all have our own views. Ultimately, if more information is out there, the better informed we are, the better decisions we make, the better city we’ll have.

You are part-owner of Tick Tock Tavern and involved in local real estate and culinary tours. After 10 years, how involved are you in day-to-day operations?
I’m the operator. I close out receipts. … I fixed the basement doors, and I’m going to go on the roof later and patch part of it. If anybody needs to be thrown out of here, I’m the guy. There’s nothing better than to be thrown out by the actual owner of the place. You’ve got to make it look easy. It’s actually a lot of work, but it's the small touches. I rewired a bunch of lamps last night (to hang at the bar), and I don't know if anyone is going to notice, but I love it.