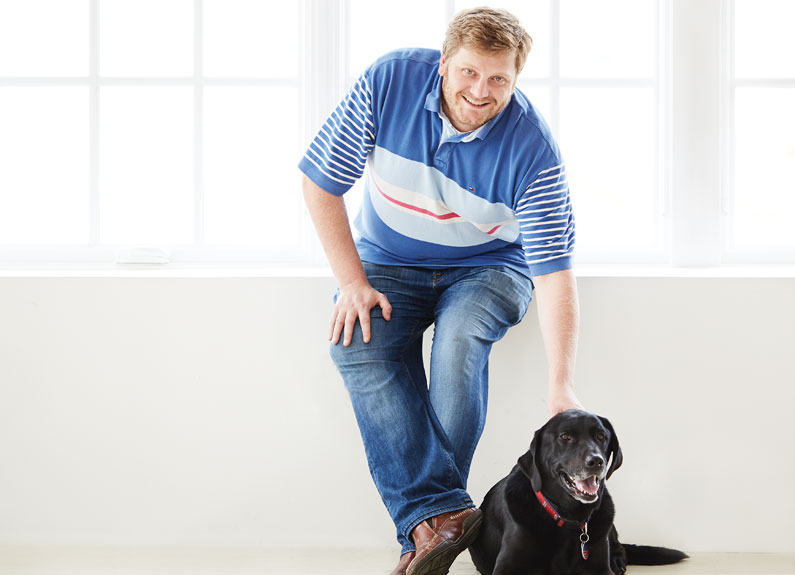 What I Do: Nick Blue of Sardella

Gerard Craft’s text message asked for a vegetarian dish, done Niche-style. Unbeknownst to Nick Blue, he was in the preliminary stages of a job interview for executive chef of Sardella, the concept that will replace Niche, Craft’s first restaurant and the one that earned him St. Louis’ first James Beard Foundation Award. Blue certainly has the resume to head up Sardella when it opens later this month. He began working with Craft in 2009, bouncing around between Brasserie, Niche and Taste before working his way up to executive chef of Brasserie. Here, Blue shares what he’s learned so far in the Niche Food Group.

First week on the job
“I was walking through the (old Niche) dining room carrying two cases of eggs by the handles and … one bottom fell out and the whole case just breaks in the middle of the dining room. … I was like, ‘Oh God, this is my first true professional kitchen.’”

From-scratch kitchen
“(Brasserie) was a well-oiled machine already. … To start over from scratch – it’s been a little nerve-wracking, to say the least. I’ve never done this before. I don’t know what to do every single time, but I try to make that call and ask for forgiveness later.”

Attitude adjustment
“The whole kitchen culture (at Sardella) is changing. … We can go back to having fun and start cooking the food that’s why we started cooking. It’s going to be a little more casual (than Niche).”

Most important meal of the day
“I’m a breakfast fan, but not at breakfast hours. Recently the Sardella kitchen management team has been hooked on Original Pancake House in Ladue. We get the breakfast sandwiches to go. It’s on sourdough with egg, ham and I add American cheese.”

His sweeter half
“When (my wife, Sardella pastry chef Sarah Osborn and I) cook (at home), we both do it. I’ll do something savory, and she’ll do something pastry. … I have a huge sweet tooth. The two things I usually ask for are tres leches cake or a strawberry-rhubarb pie.”

Retirement plans
“My dream retirement job is to have a taco stand on the beach – somewhere in Key West probably. … I came up with that big plan after a few drinks at Big Star (in Chicago). I was eating their fish tacos and I was like, You know what? I’m going to live on a beach one day and retire and make fish tacos. And Sarah wants to do adult popsicles.”