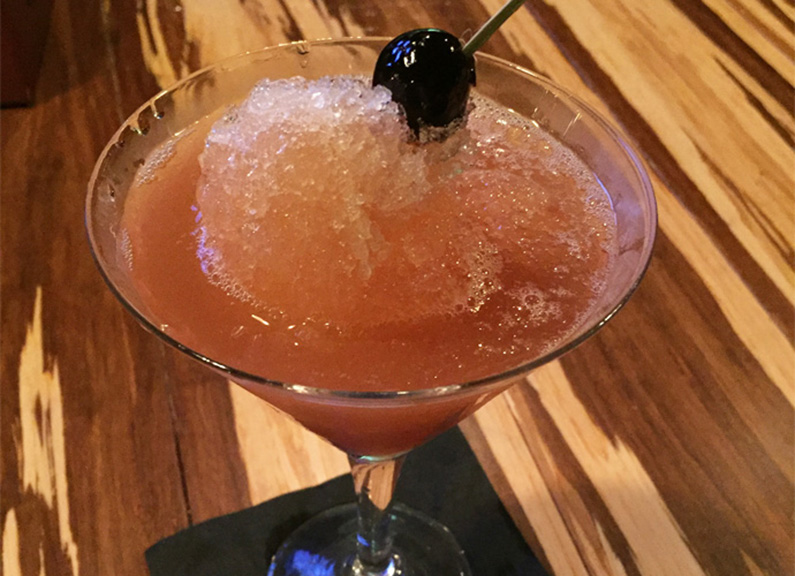 When I heard The BBQ Saloon in the Central West End was making sno-cones with Leopold Bros. natural liqueurs, I had to try them. Adult sno-cones don’t usually come in grown-up flavors, but Leopold Bros. liqueurs have the deep, rich taste of real fruit and a sophisticated sweetness. BBQ Saloon offers the Leopold Bros. Michigan Tart Cherry Liqueur, New York Sour Apple and Rocky Mountain Peach, but owner Phil Czarnec said any classic cocktail can be made into a sno-cone.

I opted for Czarnec’s favorite, the Nuclear Sky. Made with Reyka Vodka, Pinckney Bend tonic syrup, crème de violette and Leopold Bros. peach liqueur, complex fruit and floral notes dance on the palate, leaving you with the expected sweetness of a sno-cone, matured. It’s not too late to live your best summer life.