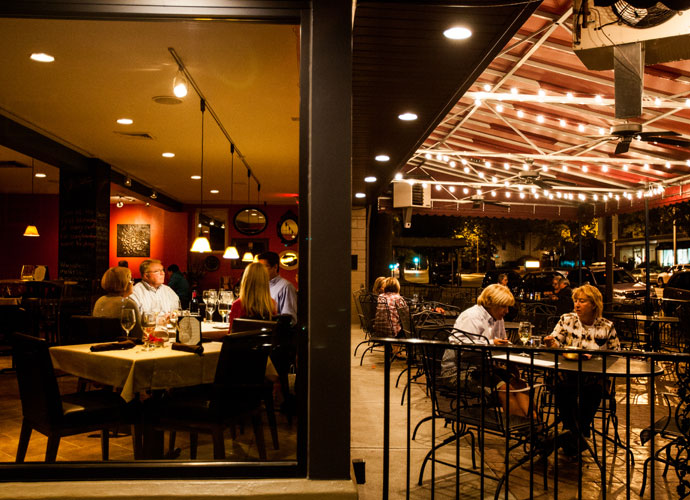 Changes are underway at 3500 Watson Road in Lindenwood Park. J McArthur’s An American Kitchen will close doors for good Dec. 31 after a year-and-a-half in business, according to co-owner Kathleen Bibbins.

The announcement comes four months after the original head chef Ben McArthur left the restaurant, and chef Will Volny took his place. McArthur’s father, John McArthur, owns the restaurant with Bibbins, his stepmother.

Bibbins said Volny had done a wonderful job during his tenure as executive chef, but that she and her husband thought a new concept would better suit the space. “We so enjoyed putting out good food and good wine to people,” Bibbins said. “It was a really wonderful experience, but when things changed and we started shifting things about, it just didn't make that much sense anymore.”

McArthur and Bibbins reached out to longtime friends and business partners Stanley and Arlene Browne, who own both locations of Robust Wine Bar. The couples will partner to open a new concept in late February or early spring.

Arlene Browne said they are currently consulting with Robust executive chef Joseph Hemp V to finalize the concept – but don’t look for a third location of their popular wine bar. “It’s not another Robust, but it certainly fits within our wheelhouse,” Browne said.

McArthur and Bibbins own the building and will have a stake in the new concept, but the Brownes will handle day-to-day operations. Browne said the project is bittersweet; she hates seeing J McArthur’s shutter, but she looks forward to launching a new restaurant. “I think it’s really important to always be evolving and always growing,” she said.