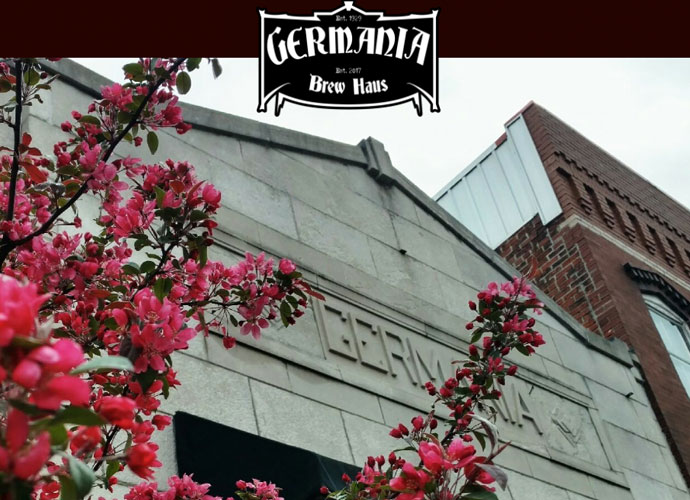 Alton will soon be home to a new destination for coffee and beer. Husband and wife team Jared and Carolyn Brynildsen will open Germania Brew Haus at 617 E. Broadway in late May.

The Brynildsens are active duty military officers, he with the Army and she with the Air Force. Jared grew up in Alton, and Carolyn spent some of her childhood in Troy, Illinois, though they didn’t meet until they were both deployed to Afghanistan. A mutual desire to participate in Alton’s revival led them to put down business roots – though they’re currently stationed in Hawaii.

The couple will remain in Hawaii and will keep tabs on the business remotely, but day-to-day operations will be handled by Jared Brynildsen’s brother, Ben Brynildsen, who has a background as a barista and bartender.

“Because we’re in the military, we’ve traveled all over the world, and we’ve seen many things we’ve liked, so we’ve compiled them into Germania Brew Haus,” said Jared Brynildsen.

Those things include brews two ways, coffee and beer, as well a convivial atmosphere. Germania Brew Haus will feature Crimson Cup coffee during the day, and it will turn into a taproom in the evenings with 16 craft beers and ciders on tap via a self-serve iPourIt system. Wine will also be available, though not via iPourIt.

Neighbor Frost Bakery, located down the street at 4 E. Broadway, will provide light bar fare like pretzels. Brynildsen said the space is meant to provide an environment for friends to hang out and converse over quality beverages.

“It’s not going to be a sports bar. There won’t be a bunch of TVs or loud music. It’s meant to stimulate social gatherings,” he said.

The Brynildsens bought the building, which was a bank in a former life, in March, and only minor renovations were needed. The space will have approximately 20 seats outside and 60 to 80 seats inside, including a quieter second-floor study and a private meeting room.