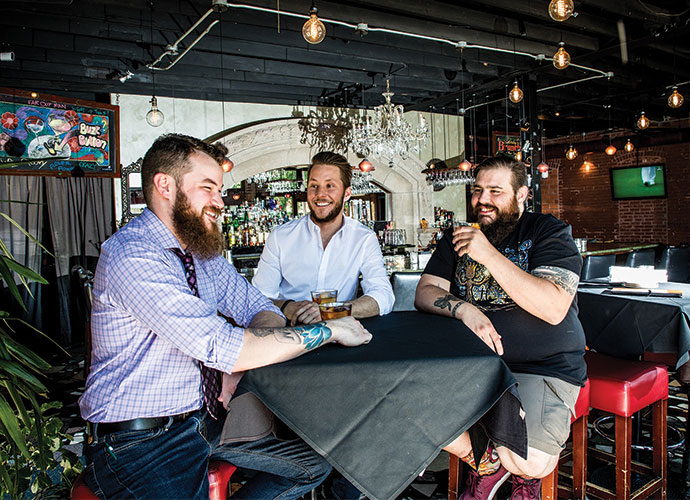 Readers' Choice Bartenders of the Year

What has been your most awkward moment on the job?

“I had to cut off two guys who I’ve known for a long time as regulars [on different nights]. One I coaxed into drinking some coffee and eating something, but the other guy didn’t take it well at all. He stood up and got huffy. They decided they were never coming back. I felt bad, but at the end of the day you’re just trying to look out for them. They did eventually come back, though they didn’t mention what happened. Everyone’s on good terms.” – Winner, Elijah Barnes at ClevelandHeath

“One of the regulars at a bar I worked at was a call girl, and she met all of her johns at the bar. She’d come and go several times a night. I think she knew that I knew. Making small talk was really hard. You couldn’t really ask her, ‘How’s tricks?’” – 2nd Place, Tony Saputo at Atomic Cowboy

“We had a group that came in for a few hours and had a good time. One woman went to the bathroom and came back out, and their server came up to me and said, ‘That woman isn’t wearing any pants.’ I told him she was probably just wearing flesh-colored tights or something. He came back and said, ‘Nope, she’s not wearing any pants.’ Sure enough, she was buck-naked from the waist down. I went to the one woman in the group I knew and told her about it. She pulled her friend aside, and her friend said, ‘Oh my God, who took my pants?’ Thankfully all of the other guests were gone.” – 3rd Place, Terry Oliver at Frazer’s