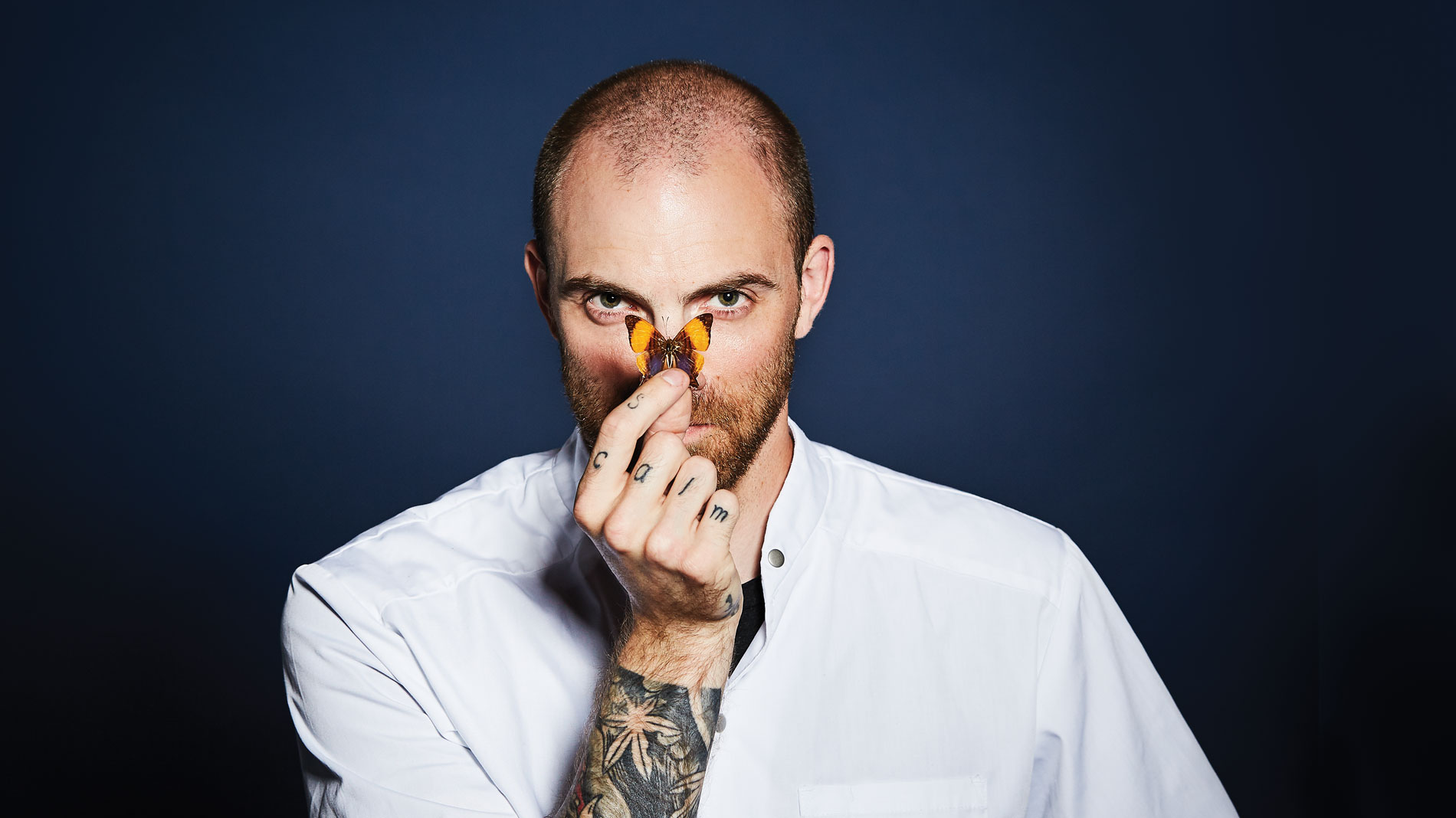 What I Do: Logan Ely at Square1 Project

Chef Logan Ely doesn’t know what he’s doing, but he’s figuring it out. A St. Louis native, Ely moved back in February after stints at James Beard Award-winning restaurants like Blue Hill in New York City and Pass & Provisions in Houston, to name a few.

He started his underground dinner series, Square1 Project, while looking for a permanent restaurant space. With a propensity for fermented flavors and radically sustainable ingredients – think weaver ants, not just local produce – he serves unique, 14-course tasting menus prepared with minimal equipment and limited resources. He might just know more than he’s letting on.

“I had zero money. I had a couple friends who I knew would help me and be a part of it, but I had zero vendors. I was like, ‘Oh, shit. How are we going to do this?’ That’s square one: I know I need tables and chairs. I know I need to get a good credit card and max that thing out. I didn’t want help. I wanted to build this up to something … find my voice. I think it’s the same thing with a writer or a painter. You need a venue to write and get better at what you do, and this is what that is for me – and us, I should say. That’s Square1 Project.”

“Cooking is such a hard thing to do and dedicate your life to. To me, it has to mean something. It’s gotta be important. It’s not enough to just open a restaurant and be like, okay now I want to get an award or two. … I certainly wouldn’t call myself an activist at all, but I’m in that realm of, ‘Hey, it’s OK to eat insects, and look – I can make this taste really good, and it’s sustainable, and you get to support this woman in Denver that’s really trying to do this thing.’ [Wendy Lu McGill, from Rocky Mountain Micro Ranch] is an activist. She’s out doing speeches and all that stuff. I think that’s where I see this whole project, restaurant, team going.”

“I’m not going to hand you a bowl of maggots or anything. You won’t even probably see the bugs. Right now I have a garum, a fish sauce, going with crickets and a miso that will take 10 weeks with weaver ants. It’s not gross. I wish I had some on me – I’ve been giving people tastes. When the vendors come by I’m like, ‘Here, taste this.’”

“It’s not like a chef comes into a kitchen and writes a menu and teaches a cook how to do it and that’s it. It’s like, ‘Hey, the fish delivery didn’t show up,’ or, ‘Hey, there’s a gas leak,’ or, ‘This thing caught on fire,’ or, ‘The health inspector is going to shut us down unless this is fixed.’ It’s literally that every single day. It’s the unglamorous part of the gig. It’s what all these Netflix shows don’t show – the chef in the back trying to fix the oven.”

“[North Pond in Chicago] was the first restaurant I worked at where it was so hard, I hated every day of it. Nothing was ever right that I did, nothing was ever good enough. I wasn’t fast enough. I wasn’t clean enough. I was terrible. I had stomachaches every day. … And then, a year-and-a-half goes by, and you realize, ‘I’m way better than my first day.’ The chef [Bruce Sherman] pulled me outside and was like, ‘Hey, good job. You did really well. I pushed you really hard and you were there every step of the way and you grew a lot and I’m really proud of you.’ That was huge.”

“There’s always those things you don’t learn as a cook. Anything fermented, you don’t get a lot of in kitchens – most health departments or inspectors don’t like to see that shit around. So when we were in New York, me and my buddy decided we should know how to do charcuterie. So we started fermenting meat, and we ended up with like seven refrigerators full in our Brooklyn apartment – it was hilarious. He actually now owns a butcher shop in Brooklyn.”

“I get bored very easily. We’ll put something on the menu, and four weeks later I’m like, ‘Oh my God, that’s so embarrassing. I can’t believe we were actually serving that.’”

“At a successful restaurant, the chefs work more hours than the cooks. Dan [Barber, chef at Blue Hill] is a good example. Between the two restaurants, writing his book, doing TED Talks and all this stuff. He’s an awesome dude, very smart, but he’s working his ass off. He’s doing so much stuff. I think that’s inspiring, and it keeps you going if you’re having a hard night or a rough week.”