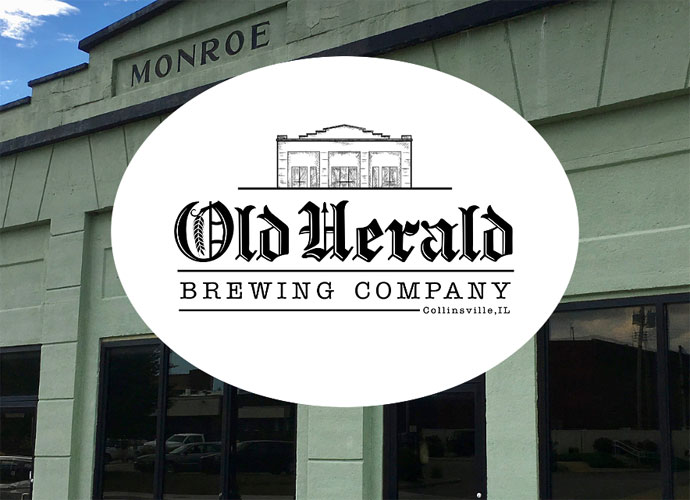 A new brewery and distillery will set up shop just across the river. Construction starts next month on Old Herald Brewing Co. at 115 E. Clay St., in Collinsville.

Co-owner Derik Reiser said the beer will be brewed under the Old Herald Brewing Co. moniker, while the spirits will be produced under the name Ardent Spirits.

“We’re going to be making some malt whiskey and rye, but those will have to age for a few years,” he said. “Right from the get-go we want to do a horseradish vodka, since Collinsville is the horseradish capital of the world, and we have some very interesting gin recipes in mind that will be very unique.” He added that rum may also be a possibility.

Beer-wise, Reiser, who has an extensive background as a homebrewer, said an IPA, a session ale and some darker styles like porters and Dunkels will likely make appearances on the menu, as well as more esoteric brews.

“We’ll probably have a couple of flagship beers, and then a lot of experimentation and rotation,” said Reiser. He said Old Herald and Ardent Spirits products will initially be available onsite. Reiser said he wasn’t sure when Old Herald will have beer and spirits flowing, though he hopes to be involved in some area beer festivals in late summer or early fall.

The taproom will have a full menu, and Reiser said he’d “like to bring on an up-and-coming chef and really do some unique things with the food.”

There will be be plenty of room for beer, booze and food in the building, which Reiser and his wife, Whitney Reiser, purchased last August. The space is about 15,000 square feet, and Reiser said the building’s basement will house most of the production, though the still itself will be located upstairs in the taproom area in view of the customers.

The taproom dining area and bar will seat approximately 130, plus an additional 24 seats in an adjacent lounge space. Reiser said there will also be a private event space that will hold about 100 guests, and plans are in the works for an outdoor Biergarden, which could seat anywhere from 30 to 60.

“There’re a lot of things we need to do to in terms of getting mechanical and electrical and plumbing in place,” Reiser said. “We hope to have construction completed in early summer, and the equipment will arrive by early summer as well.” He said the taproom operation should be up and running by the end of the year.