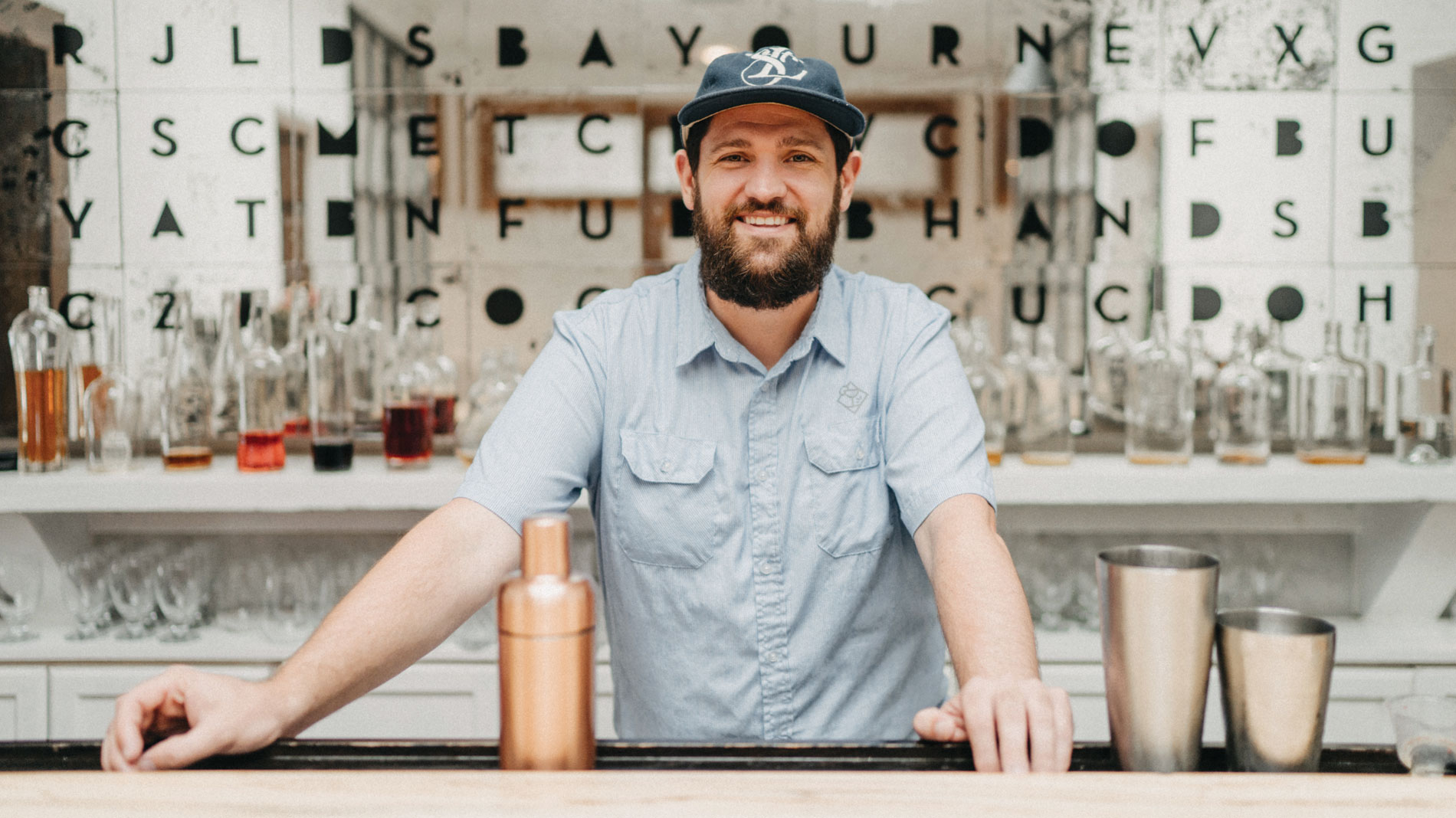 What I Do: Matt Longueville of STL Barkeep

Matt Longueville recently left a position working for co-owner/general manager Tara Gallina at Vicia to take his consulting and events business, STLBarkeep, full time, hosting events in St. Louis, Nashville and Colorado. He’s a long way from where he was at 27, when he almost lost it all – including part-ownership in a hometown restaurant. Here’s how Longueville became a sober bartender, why he won’t open his own place and why he’s definitely not a mixologist.

“There's so many stories [of alcohol abuse in the food and beverage industry]. Now it’s not as taboo as it was five years ago. … This is a big part of me. I find that I have conversations with people in the industry all the time that are like they’re looking for support or they’re very intrigued by it.”

“It was tough at the beginning, but then good things started happening. Your life changes, you’re healthier, you feel better, you start seeing progress. And then once it gets to that point, when you see all the success, it’s like, ‘Oh yeah, why mess with a good thing?’”

“Tara knows what’s up. She’s the best hospitality person I’ve ever worked with. … [She taught me to pay] attention to every single little detail and having that now ingrained into me helps me when I go execute an event. People do notice those things.”

“I run [STLBarkeep] out of my garage right now. I don’t have to pay that business rent. I’m lucky to where I’ve now built up everything that I need. For a long time, that was one of the things. OK, I made good money on this event ... but whether it’s a website, logos, equipment – I’ve got six coolers stacked in my garage that were $60 a piece. Who’s got $360 worth of coolers? I do.”

“I didn’t have to come up with a half-million dollars to open my own place. That was one thing because I’ve already lost six figures at a young age. Any time I would bring up opening a restaurant or bar to my mother, she would get this look like, ‘I’m going to kill you.’”

“It’s really turned into a marketing agency. Brands hire me to represent them at events, through cocktails but different ways. We’ll set up a mobile custom cocktail bar where every single person gets to create their own cocktail when they want a drink, and brands love it. ... People have to interact and that makes something they remember.”

“I hate [the word mixologist]. It sounds pretentious. I have no problem when somebody else calls me a mixologist, but there were bartenders doing this a long, long time ago, and I think that’s a totally acceptable term.”