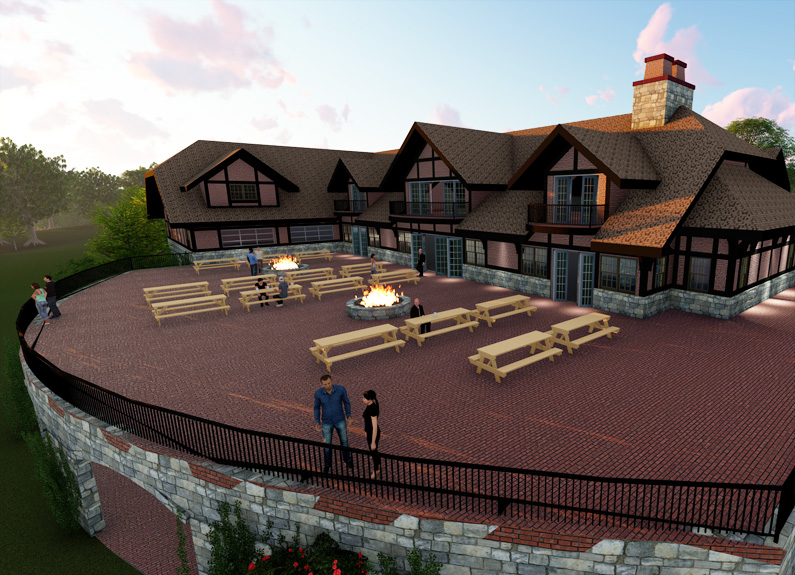 The William K. Busch Brewing Co., producer of Kraftig beer, will soon expand its operation. The company has announced plans to build a new brewery and distillery at 4151 Benne Road in Defiance, near the August A. Busch Memorial Conservation Area. Construction is expected to begin this winter.

The 20,000-square-foot facility will include a brewery and distillery to brew small batch beers and spirits, along with a farm-to-table restaurant concept. Future additions include a small petting zoo, gift shop and museum, among other amenities. The building, which will resemble a rustic European barn, was designed by architect Rod Kazenske.

Brewmaster Marc Gottfried said the beers the new brewery will put out wouldn’t be an extension of the Kraftig line.

“I’m known for lagers. That’s always been my forte, so I’m going to continue on that path,” Gottfried said. He plans to make some authentic German lagers as well as more artisanal craft lagers, plus a few ales as well, though there’s no word yet on the branding of the new brews. Gottfried said he’d like to eventually do some contract brewing as well. The 20-barrel brew house will be able to produce half batches if necessary, producing approximately 2,500 barrels annually.

“We’ve been looking for a very long time, poking around and deciding what we wanted to do,” Gottfried said. “The landscape of craft beer has changed so fast. The past eight years or so has been crazy.”

Gottfried said the company scouted opportunities in St. Louis city and county before deciding on Defiance. “This farm/brewery concept is happening all across the country,” he said. “We’ve always wanted to do it but we were a little bit ahead of our time and weren’t ready to pull the trigger because it was too different, but now’s the time.”

On the distillery side, Gottfried said the company has been working with a consultant to get that part of the business up and running, and he eventually plans to head up distillery operations. Initially, the distillery will be focusing on whiskies.

“I’m most excited about (the opportunity) to barrel-age beer in whiskey barrels and whiskey in beer barrels,” Gottfried said of the new project. “It’s totally symbiotic. There are so many cool combinations you can do.”