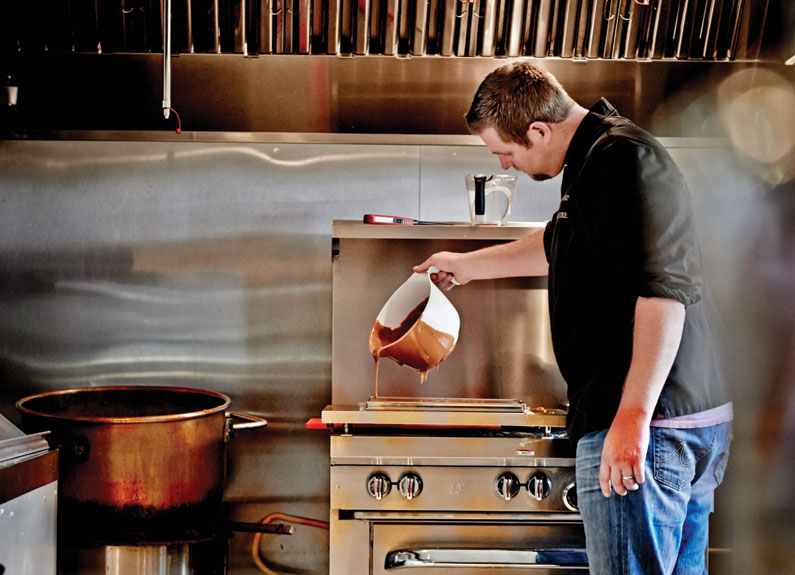 Cottleville’s VB Chocolate Bar will close doors at the end of 2018, but owner Conor VanBuskirk won’t leave the space at 5326 Highway N vacant for long. After some renovations and cosmetic changes, VanBuskirk will open Upshot, a “quick serve beverage concept” focusing on coffee and baked goods, in February 2019.

VanBuskirk opened VB Chocolate Bar in 2012, selling handcrafted chocolates, chocolate martinis, cocktails and desserts. Over the next six years, VanBuskirk added an extensive coffee program, ice cream and pastries and extended hours from 7 a.m. during the week to as late as 1 a.m. on the weekends.

VanBuskirk said he wants to rein in the concept and focus on VB’s coffee program under the direction of current coffee director Matthew Piva, who will have an ownership interest in Upshot. Piva has previously worked at Sump Coffee in St. Louis, as well as Kaldi’s.

“We want to be more focused on doing 20 items and doing them phenomenally well, instead of trying to do 100 items and being open almost 24 hours a day, with all those moving parts,” VanBuskirk said.

To that end, he will no longer make and sell chocolates or offer ice cream by the scoop. Instead, he plans to usher in options like cold-pressed juice and bone broth. He plans for Upshot to be open daily from 7 a.m. to 5 p.m.

VanBuskirk said Upshot Coffee will honor all gift certificates for VB Chocolate Bar. If customers don’t want to use their gift cards at the new space, they can bring them in for a refund.