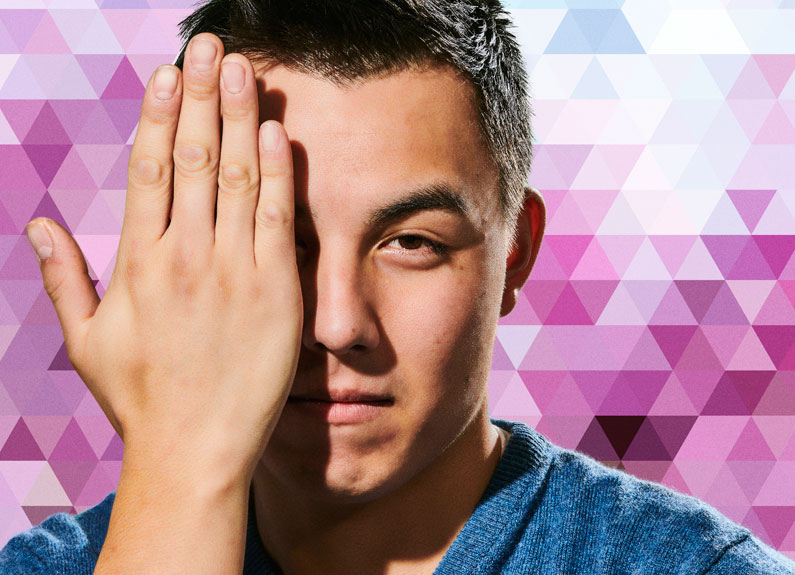 Ones to Watch 2019 // Shimon Otsuka of Nathaniel Reid Bakery

Title: Kitchen manager of Nathaniel Reid Bakery
Age: 25
Why Watch Him: He's on an international quest to perfect pastry.

Shimon Otsuka fell hard for Scarlett. The two-tone, mirror-glazed cake so enamored him that he drove from North Carolina to Nathaniel Reid Bakery to see it in person – and meet the man who made it.

“It was just the looks. I didn’t know anything about Nathaniel,” he said. “I didn’t even know where St. Louis was.”

The drive from the East Coast to Kirkwood was arguably one of Otsuka’s shorter journeys in pursuit of pastry. He grew up living between Boston and Saitama, Japan, where he first fell in love with traditional French cakes. “Before I go to bed, it’s always on my mind,” he said. “New cakes, new ideas – [I’m] constantly thinking about new flavors.”

At 19, Otsuka walked into one of Tokyo’s most prestigious bakeries, Patisserie Aplanos, and asked chef Shinpei Asada for a job.

“I’m still not a sweet tooth, but I will eat all the cakes,” he said. “That was one of my favorite things to do back in Japan because there are so many pastry shops in Tokyo. [On our day off,] me and my friends would go around to 10 or 15 different pastry shops and buy one cake each. We’ll take one bite out of each cake and move on.”

Ones to Watch 2019 // Juliette Dottle of Elmwood

That curiosity took Otsuka halfway around the world just to stage for Reid, another internationally renowned pastry chef. It goes without saying that Otsuka is talented – at the end of day one, Reid offered him a full-time job. It’s not just skill that sets Otsuka apart, however.

Now kitchen manager, Otsuka’s approach to pastry is equal parts scientific – meticulously coaxing flavors and textures to perfection – and sculptural aesthetic. “Every single cake is so artistic. Just a small touch can change the looks of the cake,” he said.

His nomadic education will eventually put down roots at his own pastry shop. “Right now, it’s all over. I keep changing my mind,” he said, laughing. “For now, I really want to do just cakes, so it’s going to be a patisserie, a viennoiseries (laminated dough, so breakfast pastries), confiserie (which is the jams) and a chocolaterie (chocolates). I’m trying to keep it within those four.”

He still has another continent to hit before he opens doors, though: Europe, birthplace of his beloved pastry techniques. “I’ve learned a lot at my old shop in Japan, I learned a lot at this shop, and I hope to learn a lot more in the future,” he said.