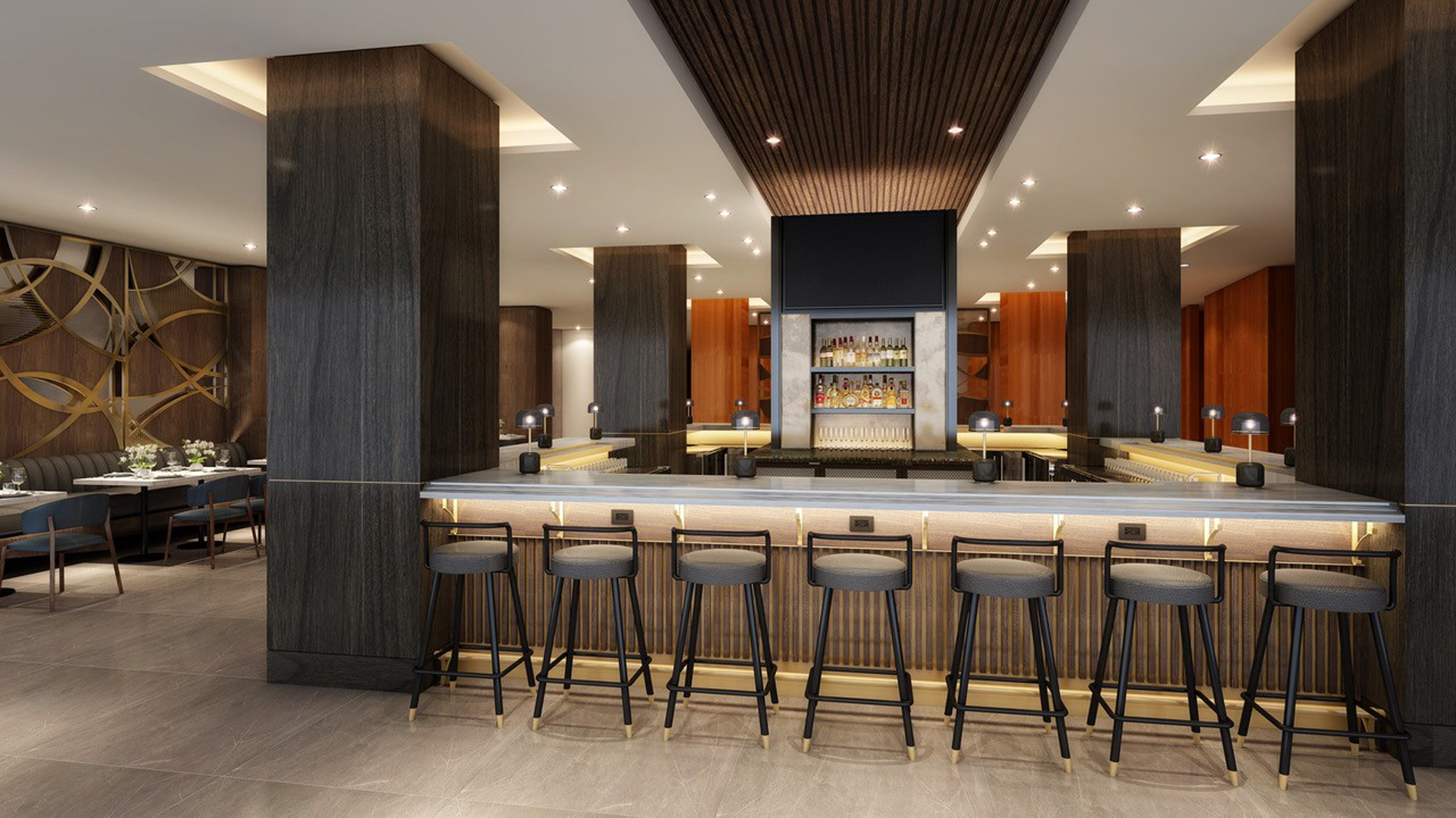 the bar at quattro trattoria + pizzeria will seat 30. photo courtesy of the westin st. louis

Quattro Trattoria + Pizzeria will open inside The Westin St. Louis in early April

The Westin St. Louis will replace Clark Street Grill with a new Italian restaurant in a renovated space. Quattro Trattoria + Pizza will take over 811 Spruce St. in downtown St. Louis, just in time for the Cardinals home opener on April 4.

The renovated space will feature an expanded bar with a view of Busch Stadium and a direct entrance, allowing patrons to forgo the hotel lobby and walk in from the street. Including 30 bar seats, Quattro can seat 140 guests.

Executive chef Josh Wedel thinks that the Italian concept fills a downtown void. “With the exception of a few downtown places and then The Hill, this kind of concept just isn’t in this area,” he said.

He thinks the concept will make Quattro more than just a game day restaurant. “People looking for someplace intimate to take a client for a business lunch can get that here, too,” he said.

Wedel has built a menu of hand-tossed personal pizzas, steak and seafood entrees and simple Italian dishes focused on fresh ingredients, like a chicken, asparagus and balsamic cream pasta. Gnocchi and pizza crust will be made in-house with pasta sourced locally from Midwest Pasta Co.

“[Dishes are] portioned so you’re not going to be stuffed,” Wedel said. “So you can eat the appetizer, pasta and entree you want and feel good.”

The trim bar program will feature Italian-inspired cocktails, local beer and Italian wine. Some cocktails will be served tableside from a bar cart. “It will really drive the buzz of, ‘What’s that person getting? I want that,’” he said.

Wedel expects Quattro to be open until 11 p.m. most nights with the bar open later, and extended hours on game nights.