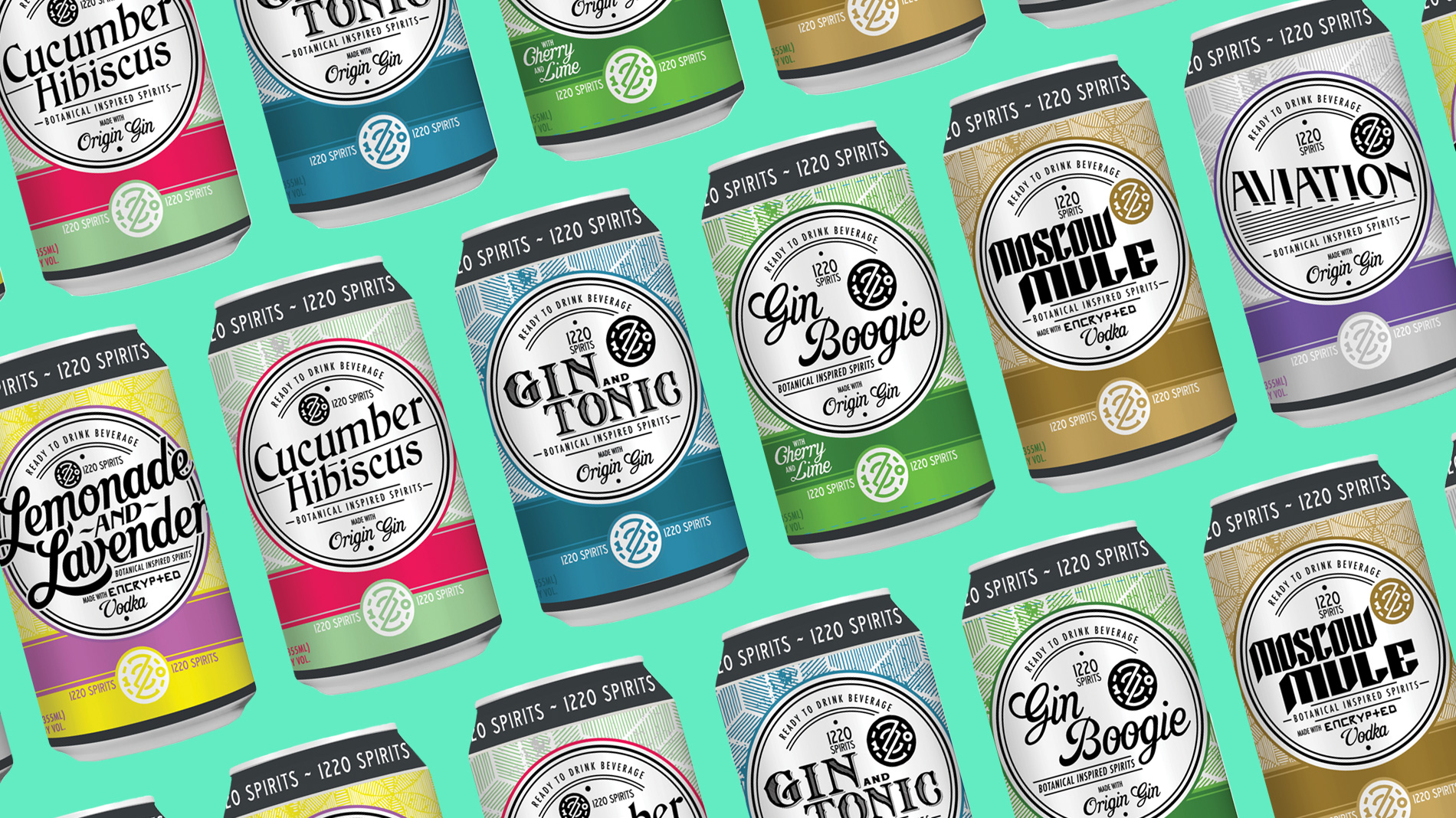 1220 Artisan Spirits will release five new canned cocktails centered around botanical flavors. The St. Louis distillery, which is owned by 4 Hands Brewing Co., launched its Origin gin in May 2018 and a canned Gin and Tonic earlier this year.

“People are intimidated by ingredients they don’t understand,” Vossmeyer said. I think we all have friends that go to a cocktail bar ... and can’t read half the stuff on the menu and that can be intimidating.”

The three remaining cocktails include a canned version of a classic Aviation cocktail, a Vodka Mule (Vossmeyer’s take on a Moscow Mule) and Cucumber & Hibiscus (a gin-based drink with cucumber and hibiscus).

The 12-ounce cans range from 5.5% to 8.5% ABV and are available in four-packs or as single cans at the 4 Hands tasting room and select bottle shops.

In addition to the summer cocktail options, Vossmeyer has also developed a blue Spring Gin, which is made with butterfly pea flowers and will change color when mixed with tonic or citrus, and a Spring Vodka with notes of orange blossom and honey.

1220 Artisan Spirits will also add to its premium portfolio two Italian-inspired offerings, Spettro Amaro and Flora Apertif. Vossmeyer said the opportunity to produce spirits like these was a driving force behind his decision to join 1220 last year.

“Those were things I was really interested in,” he said. “They’re difficult, they’re complex, and not a lot of people are doing them.”

The limited production of the amaro will only be available at select bars around town, while the aperitif will be more widely available for retail purchase at the 4 Hands tasting room and bottle shops.