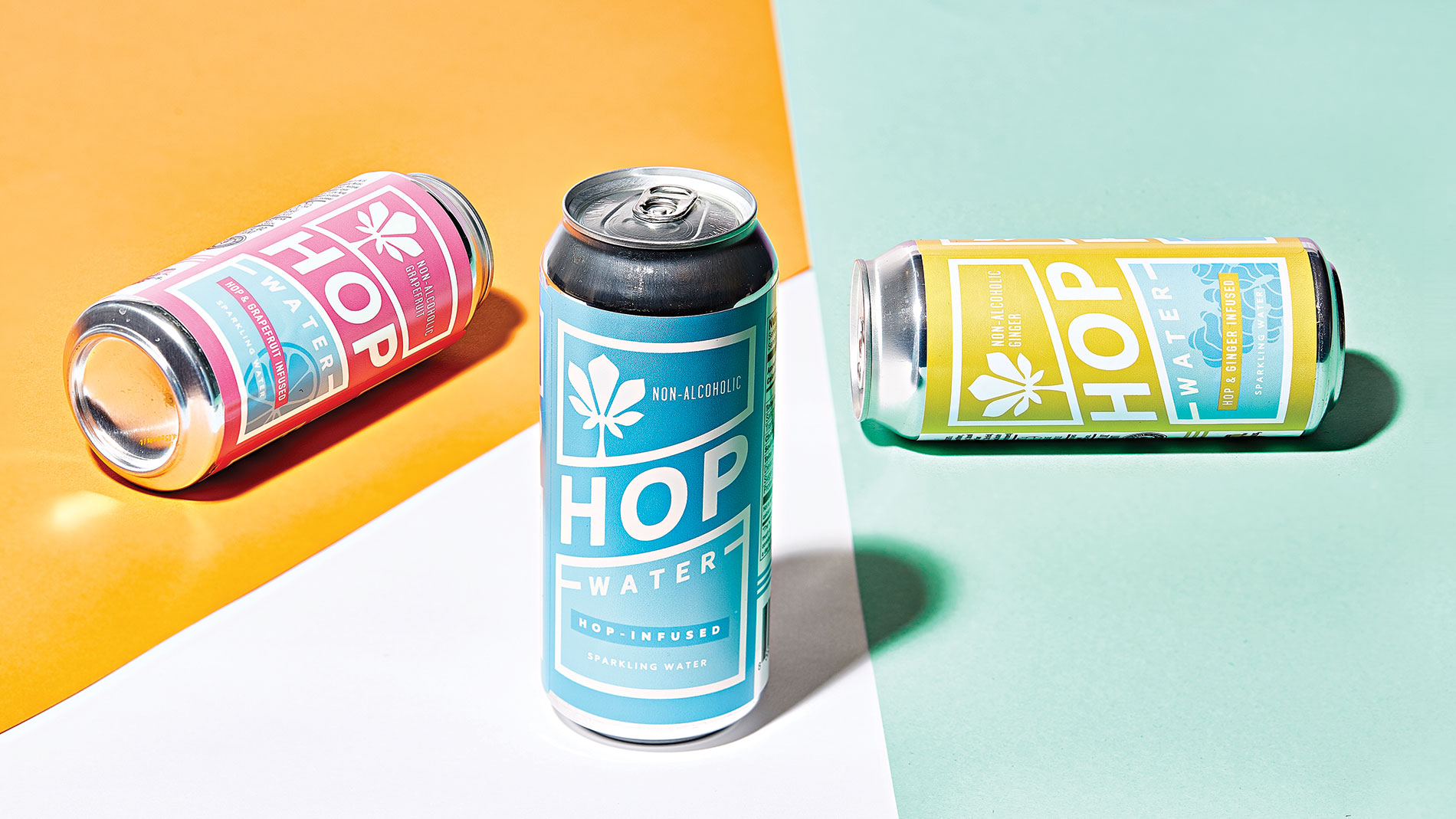 After White Claw Summer 2019, the proliferation of hard seltzers has been hard to escape. While it may horrify some beer nerds that serious craft breweries are involved in such frivolities, this trend didn’t start with water.

Low-booze beverages have always been with us, and the old craft obsession with high-gravity IPAs and the like has been soundly replaced in recent years by a love of low-ABV brews like lagers. It was only a matter of time until breweries were straight-up selling water.

The Boston Beer Co. made waves last year when its Truly hard seltzer significantly outperformed its Samuel Adams beer. With beer sales stalling nationally and a 200% sales increase for the most popular hard seltzer, White Claw, from 2018 to 2019, according to Nielsen data, it’s no wonder more breweries want in on the action.

Along with an increased interest in high-end sessionable beers (those with ABVs around 3% to 5%), nonalcoholic brews are seeing new life. For those who want to eighty-six the booze completely, there are more quality beers available than ever before, with international brands like Heineken committing a lot of resources to making NA beer that tastes consistent with its alcoholic offerings.

The consumer focus on health and wellness seems to be at least one of the drivers of this trajectory from high- to low- to sometimes no-ABV beers and other beverages. The goal can be reducing calories from drinking or pursuing a healthier relationship with alcohol.

According to Jeff Stevens, owner of WellBeing Brewing Co. and a local pioneer in the NA beer surge, the public’s relationship to alcohol has been changing. In recent years, Stevens has witnessed more people contemplating their relationships with alcohol, fueled by movements like Recover Out Loud and the Dry January campaign.

“Recovery was always about being anonymous and suddenly in the digital space especially there was an explosion of people taking about recovery and not drinking,” he said.

“I know there’s an audience for good quality nonalcoholic beer,” Stevens said. “Is it going to be this explosive mass trend? I don’t know.” Early on, he saw some pushback from retailers anxious to promote their alcoholic brands that still make up the larger part of the market, but he feels they’ve become more interested in the NA audience.

“I do think that mindful drinking is a definite trend. People just having a better relationship with how much they drink – thinking about it more in ways they haven’t before. I think that’s a real trend,” he said.

As the general public concentrates more on personal health and wellness, the demand for products to feed that desire is constantly expanding and many local brewers are positioning themselves to take advantage of the demand in a variety of ways. For some, this means continuing on with business as usual. Kyle Kohlmorgen, head brewer at Wellspent Brewing Co., made his name making low-ABV beers.

“It excites me as a brewer and us as a company because it’s what we put our hat in the ring with when we first started,” he said of the recent shift to lower alcohol. Currently, the Wellspent taproom sports three taps serving beers at 4% ABV or lower. As a brewer, Kohlmorgen is attracted to the subtlety of brewing something that’s both flavorful and lower in alcohol.

“I think it’s a bell curve,” he said. “Making an excellent example of a 3% beer and a 13% beer is an incredibly difficult task.”

Other brewers are diversifying with new products. Schlafly introduced Boomerang mead spritzer to its lineup in late 2019. The brewery had offered some full-strength meads in its taproom in the past and thought the fermented honey beverage would provide a good base for a lower alcohol libation. Boomerang comes in at 4% with no sugar, 3 grams of carbs, 90 calories and is gluten-free to boot.

“We wanted to give the consumers what they want,” Schlafly founding brewer Stephen Hale said. “Rather than try and copy the hard seltzer market, we wanted to reintroduce a lower-gravity mead. I like to think of it as the pendulum swinging back.” Still, he said he doesn’t think high-gravity brews will disappear.

WellBeing is in the process of developing a CBD seltzer, which will launch in April, and Urban Chestnut Brewing Co. recently debuted HopWater, a nonalcoholic sparkling water flavored with hops. The beverage began as a one-off project for Loufest in 2018. When the festival was abruptly canceled, the company put HopWater on tap at its Grove bierhall. It proved popular enough that they started canning it and now offer it in ginger and grapefruit flavors as well as the original.

“The [nonalcoholic] category has been with us forever,” said UCBC co-founder David Wolfe. “We’re just seeing a change in it. It’s taking on its own shape.”