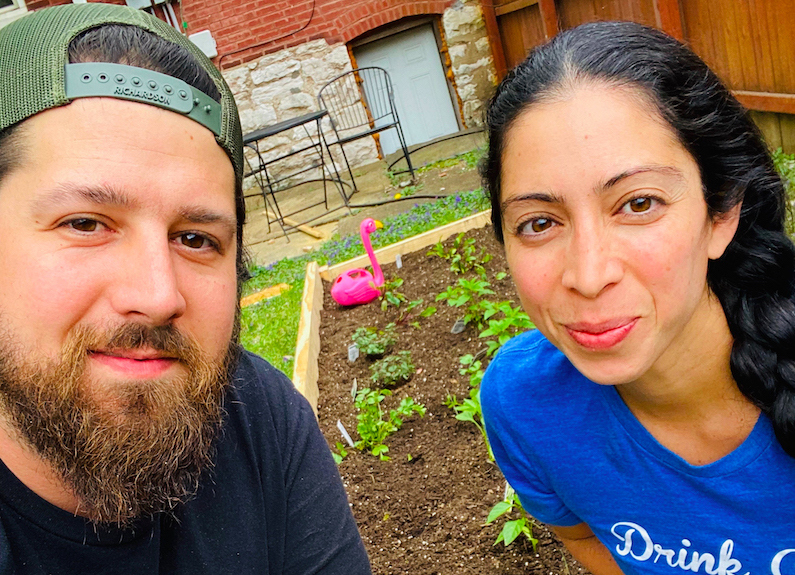 Checking in with... Natasha Bahrami and Michael Fricker of Cafe Natasha and The Gin Room

Over the past six weeks, there has been critical conversation ad nauseam about the future of the restaurant industry: What will it look like? Is carryout safe? Which businesses will survive? When can we go back to dining out?

There’s been far less talk about what the future of public drinking could look like – an interesting irony, since many of us have taken a new kind of solace in our favorite spirits, wines and beers since the stay-at-home orders began. But for Cafe Natasha and The Gin Room owner Natasha Bahrami and Ginworld national brand coordinator (and frequent Gin Room bartender) Michael Fricker, those questions have been central to what the immediate future of their business, a space so deeply committed to the beauty of enjoying spirits, could look like. Only one week after Missouri eased its alcohol restrictions, they’ve already reinvented the curbside cocktail paradigm. We talked to them about what they’ve been drinking at home, how they’re keeping The Gin Room in the game, and what one ingredient you need to be adding to your amaro and soda.

How did you initially decide to shut down?
Michael Fricker: Pretty much right off the bat we didn’t necessarily feel comfortable being there. About five or six days before the closure came from the state, we decided that we were going to close that weekend anyway. We didn’t feel comfortable putting our staff in harm’s way – we felt it was kind of irresponsible of us to continue to operate under an “everything’s fine” kind of feeling.

What were you doing at home before reopening?
MF: We took some time and relaxed for the first week or two. After that, we’ve been doing some gardening, doing some building. We’ve been doing some work on the houses, trying to get our two apartments rented out. Now, we’re about to launch a whole Instagram Live series. So we have Ginworld, so every Wednesday, we’re going to be doing an Instagram Live with national and global educators from the gin brands we work with. At The Gin Room, we’re doing some launches for brands. Next Thursday, we’re pairing with 1220 Spirits and 4 Hands Brewing Co. They asked us to relaunch Blue Morpho gin, which is their blue gin with the pea flower.

Natasha Bahrami: We’re finding ways to still be The Gin Room while not being able to open. It’s nice, having the ability to do cocktails now. We did food and cocktails last weekend, but with the tiny, tiny team we have right now, it’s not sustainable, the amount of orders we get on the weekends for food. We’re doing hummus and falafel, and then doing to-go cocktails and bottles. This Friday and Saturday and every weekend moving forward. This new world we’re in… we’re just trying to figure it out.

Can you tell me about the menu you’re doing right now for drinks and food?
NB: It does require us to have some food to sell the alcohol. We’re doing some appetizers and things – all our Cafe Natasha regular menu, but it’s limited now. When we opened last weekend, we had the equivalent of orders of a crazy busy Saturday night in the summer, where the patio would have been open. We have two people in the kitchen. What we do have [at The Gin Room] looks like a continuation of our Gin Room menu. It has some of the most popular cocktails that were on our menu. Gin tonics. Citrus cocktails. You can create your own cocktail – you can just tell us what you want. We have a cocktail on the menu called the Dirty Persian – it’s created from an eight-year-old pickled pepper brine. There’s some people who are absolutely in love with that cocktail. Unfortunately, we can’t do it in huge batches, but there have been some special orders for some of our special stuff. Really, anything that’s been on our menu, if somebody asks for it, they can get it.

Since you basically have the full bar open, does it feel like you’re tending bar on a busy night, but with nobody in the dining room?
NB: We called it… what did I call it? Curated. There are a lot of people in our DMs asking us to curate orders for them. It was really as if we were individually making customized orders for each guest. Mike’s been making the cocktails. Do you feel like you’re tending bar?

MF: It’s basically a service bar without guests. I set up my little station and I bang out my cocktails and label everything, put it back in the fridge and wait until they show up. It’s really just a Friday night without guests. I think the curation has been a lot of fun. People are like, “These are the things I like,” and we’re like, “OK, you’ll enjoy these bottles and these cocktails.” It’s been fun to do some education on gin with people through social media interaction and also still be able to open people up to different gins, styles and flavor profiles. It’s been great to be able to be hospitable – that’s one of the things I miss about being behind the bar.

It seems like what you’re doing is forward-thinking in terms of not only how to deal with what’s going on right now, but what the next six months or year of bar service could look like in this country.
MF: Something that’s massively important to us in our normal bar operation is being able to ask a couple questions and figure out where somebody’s coming from, where their flavor profile and flavor desire lies, and then tailoring things to them. We have our whole bar available. As long as you DM Natasha or myself…

MF: Yeah, now we have a Google form. As long as you throw some stuff at us, we’ll get in contact with you and figure out what works.

When you guys were quarantined at home, what were your house cocktails?
MF: Natasha does amaro with a little bit of lemon juice and some club soda. I’ve been doing 50/50 martinis. Equal parts gin and vermouth…

MF: Yeah, with a beer. Finger-stirred. Having some fun.

MF: We drink a ton of vermouth.

NB: It’s about a bottle or two a week, right?

MF: Yeah, it’s about a bottle and a half a week, or so. We love vermouth. We love amaro. We’ve been flying through that stuff. And I’ve been drinking way too much mezcal.

I’ve been having a Campari and soda. Well, not one… but two or three. Or four.
MF: [Laughs] Yeah.

NB: Put lemon in it! You’ll really enjoy it! It’ll be like another cocktail. It’s delicious. Aperol as well.

MF: A bit of lemon with bitters really brightens it up.

NB: We call it our amaro sour. Add a little splash of lemon into your amaro and soda. It’s gorgeous.

If each of you were quarantined with one kind of spirit, what would it be?
MF: Cinco Sentidos. It’s Spanish for “five senses.” It’s a mezcal out of Oaxaca. It’s owned by a guy who moved down there maybe ten, twelve years ago. Jason Cox. He owns one of the best restaurants in that area of Oaxaca, called El Destilado. Their juice is just fantastic.

NB: You know, I think the only way to be politically correct on this is to pick an amaro.

MF: I don’t know for you. Maybe Contratto.

NB: Yeah, that or Montenegro. I’d say Montenegro. I can turn that into an apéritif or a digestif. That’s always been a big favorite. 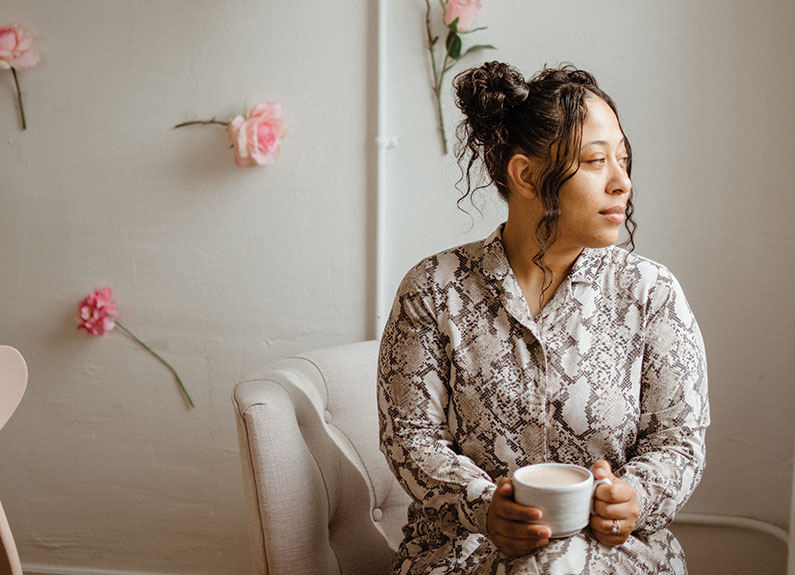 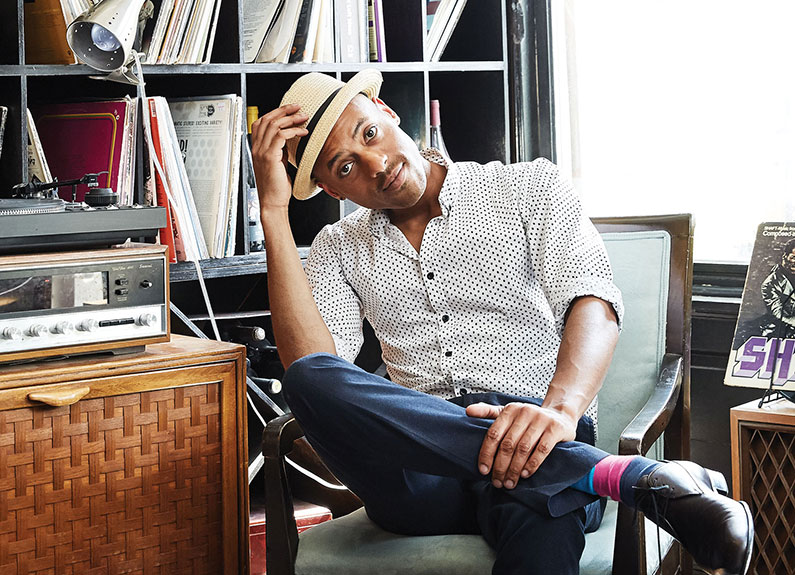