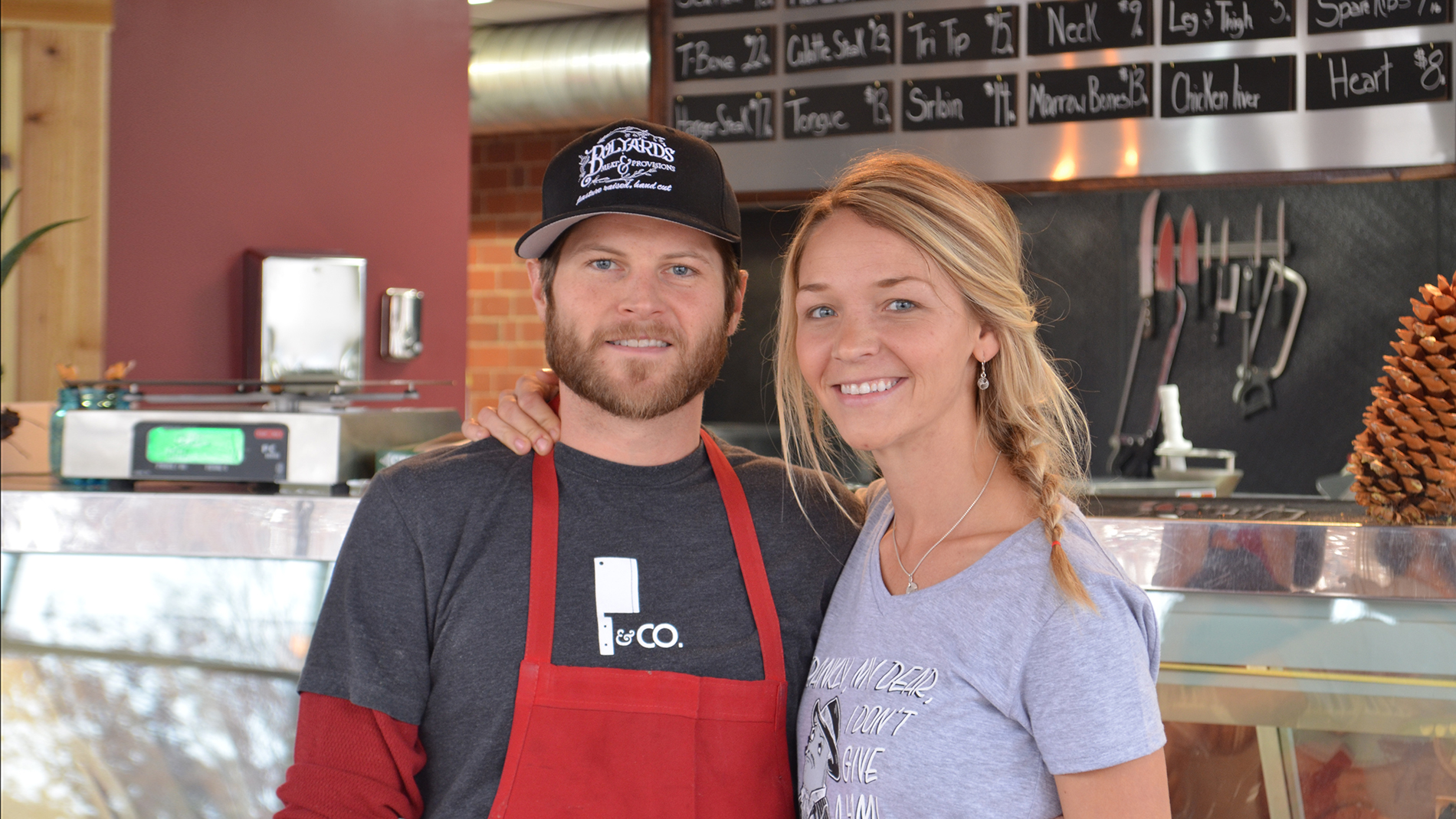 Bolyard’s Meat & Provisions is expanding operations by moving into a space about three times larger than its current spot. The new 4,200-square-foot location at 2733 Sutton Blvd. in the former home of the Dubliner is only one block north of the original location at 2810 Sutton Blvd. The new facility will include a fully equipped kitchen, an expanded quick-service menu, rotisserie, indoor and outdoor seating, a retail area and a cutting room visible to guests. The location is set to open in February 2021.

Chris Bolyard, head butcher and co-owner with his wife Abbie Bolyard, felt expanding the business would allow the shop to reach its full potential.

“What we’re doing is fine, and it’s been working, but we’re kind of tapped out with the potential of the shop,” Bolyard said. “This [new] space allows us to do so much more.”

In moving locations, the facility will be equipped with a full kitchen, allowing for a more extensive menu. Some of the items he mentioned incorporating more of include charcuterie, burgers, sandwiches and various appetizers.

“The most exciting part about it is the full kitchen and the kind of food we can do there,” Bolyard said. “We’re pretty limited to the food we can do now just because we don’t have a kitchen. With a full kitchen, the sky’s the limit.”

Along with providing a more comprehensive menu, the new location will have a large number of seating options and the opportunity to offer a wider range of classes for patrons.

“There will be about 20 barstools and a counter for people to sit at, and there’s going to be counters and barstools along the cut room window so people have a firsthand glimpse of what we’re doing every day,” Bolyard said. “We do hog classes once a month, and we’ll be able to do more of those and more of a variety of classes, so that could mean a sausage-making class or a beef butchering class.”

Though moving into a bigger space was important, it was also pertinent for the business to remain in the same neighborhood.

“We love Maplewood, and we’re lucky enough to catch this spot that’s literally across the street,” Bolyard said. “I think the neighborhood was relieved that we weren’t moving out of Maplewood.”

Customers can expect many new facets of Bolyard’s, but the service and overall mission remain the same.

"We’re first and foremost a butcher shop – we promise to offer clean, pasture-raised local meat and continue to be as transparent as possible,” he said. “I think people can expect the same great service they’re already getting but not as limited.”