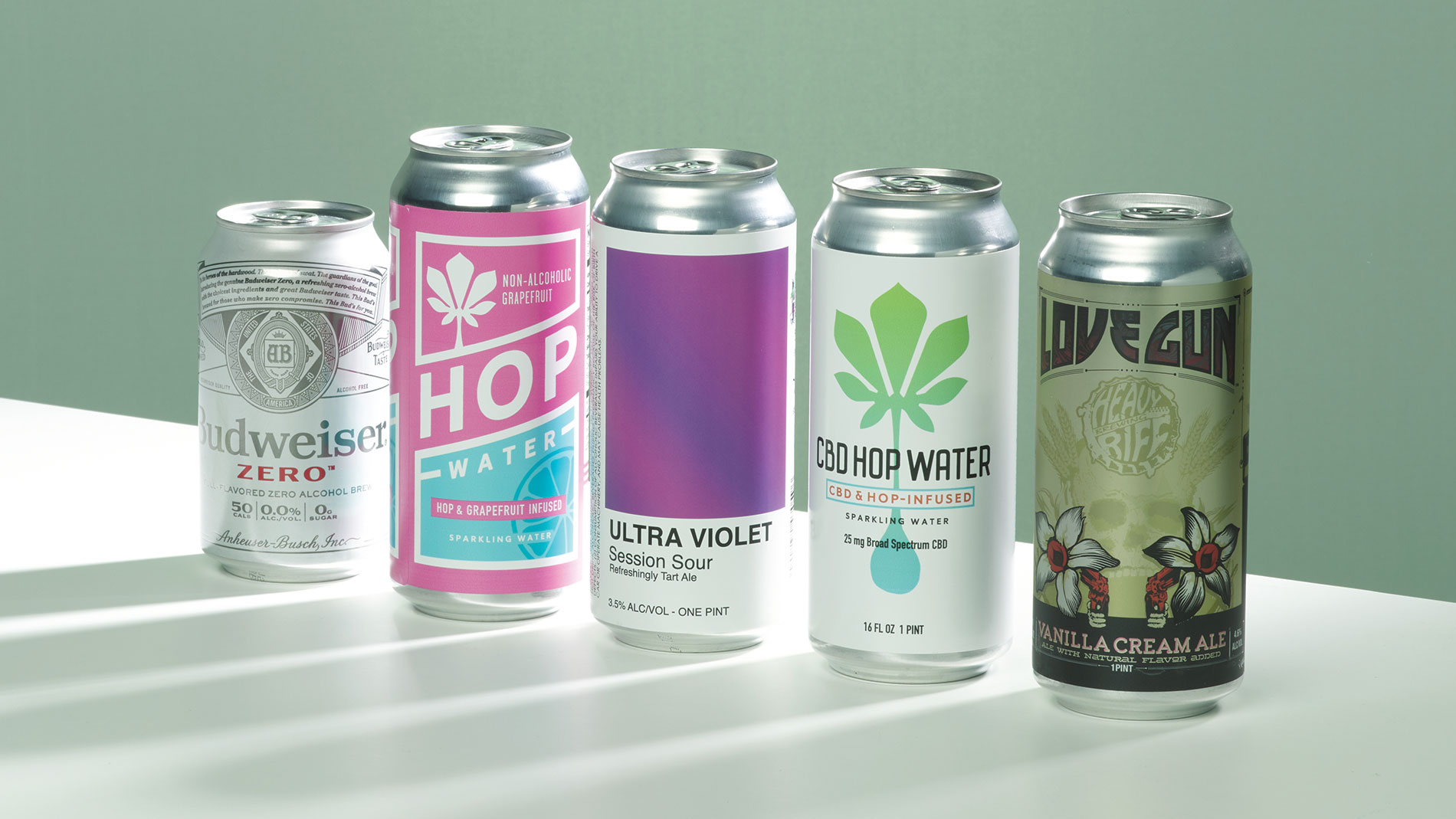 2nd Shift Brewing Lucy Lager
Light, smooth and featuring an extremely cute pup on its label (2nd Shift’s own Lucy the basset hound), Lucy Lager clocks in just 3.8% ABV, making it form-fit for a day on the patio.

Anheuser-Busch Budweiser Zero
Here’s to the old dog’s new tricks. Anheuser-Busch’s remix of America’s most popular Pilsner is a sure sign that non-alcoholic beer is here to stay.

4 Hands Brewing Co. Ultraviolet Session Sour
This easy-drinking ale is as light and bright as its name suggests, with a tartness that doesn’t overpower the beer. It’s a limited release, so grab a pack while you can.

Heavy Riff Brewing Co. Love Gun
Heavy Riff’s vanilla-forward cream ale balances its soft body with a light crispness and registers only 4.6% on the ABV scale. Its taste will satisfy the cream soda lover in all of us.

WellBeing Brewing Co. Victory Wheat
If you’re looking for a post-gym beer, look no further then this citrusy, NA wheat beer that’s loaded with electrolytes and brewed with orange zest.