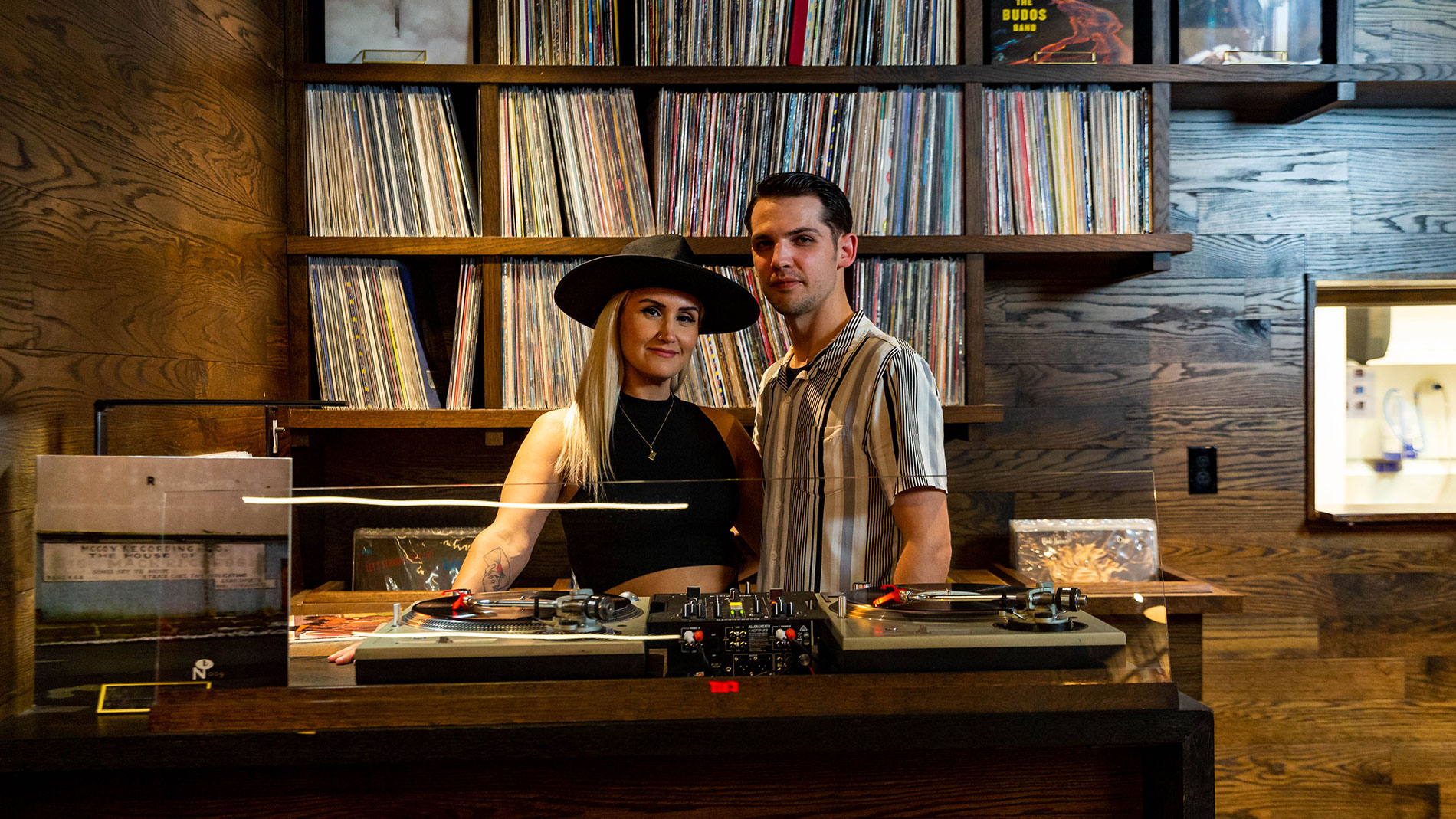 After Takashima Records (4095 Chouteau Ave.) shut down last summer in the midst of sexual misconduct allegations concerning members of the restaurant group that owned it, the nearly brand-new bar faced an uncertain future as its team searched for a way forward. Almost a year later, the bar has returned to the Grove’s nightlife scene as a slightly rebranded Takashima Record Bar, now under the exclusive ownership of Robbie and Dan Hayden, as reported by the St. Louis Post-Dispatch. The duo formerly owned The Wine Tap in Belleville, which shuttered in December.

“We were approached by somebody who was involved in the original project and the opportunity came with zero ties to anything – complete creative freedom to start the company the way we wanted to do it from the ground up, with no obligation to anybody who was in it before,” Robbie Hayden said. She confirmed that nobody from the original restaurant group is still involved.

The minor change in name reflects the owners’ commitment to maintaining the aesthetic of the space while shifting its vibe and focus a bit. “The main component of the brand is Takashima, which means ‘tall island,’” Hayden explained. “It's the beautiful neon sign and the branding on the glasses – it has a lot of significance that parallels the design of the space. Keeping the name makes us accountable and keeps us accountable for the space.” She further explained that in publicly acknowledging the bar’s previous life, they felt they could reorient it into something more inclusive and inviting.

While Takashima will still offer Japanese whisky, much of the original concept is gone, from the Japanese food to the emphasis on sake to the bottle subscriber program; however, music remains a centerpiece. “Vinyl listening lounges can be found coast to coast and overseas,” Hayden said, naming a few bars in Oakland, California, and Brooklyn, New York, that inspired them. “They’re all a similar concept with their own unique flair.”

On that note, the owners aim to expand the music program by bringing in guest vinyl collectors, DJs, producers and live performers; eventually Takashima will offer outdoor “acoustic soul shows.” Hayden said they’d also like to start up a locals-only record shop inside the bar to showcase the St. Louis community of musicians.

American and Japanese whisky are big on the bar menu, while approachable cocktails and New World wines are also present. “We wanted the lounge to be a relaxing space where you can come and get a great cocktail and order some food - dishes that we know and love,” Hayden said. Those dishes include charcuterie from Beast Butcher and Block, pulled pork sliders, calamari, salads and a few others.

Takashima Record Bar is open Tuesday through Saturday from 4 p.m. to midnight.