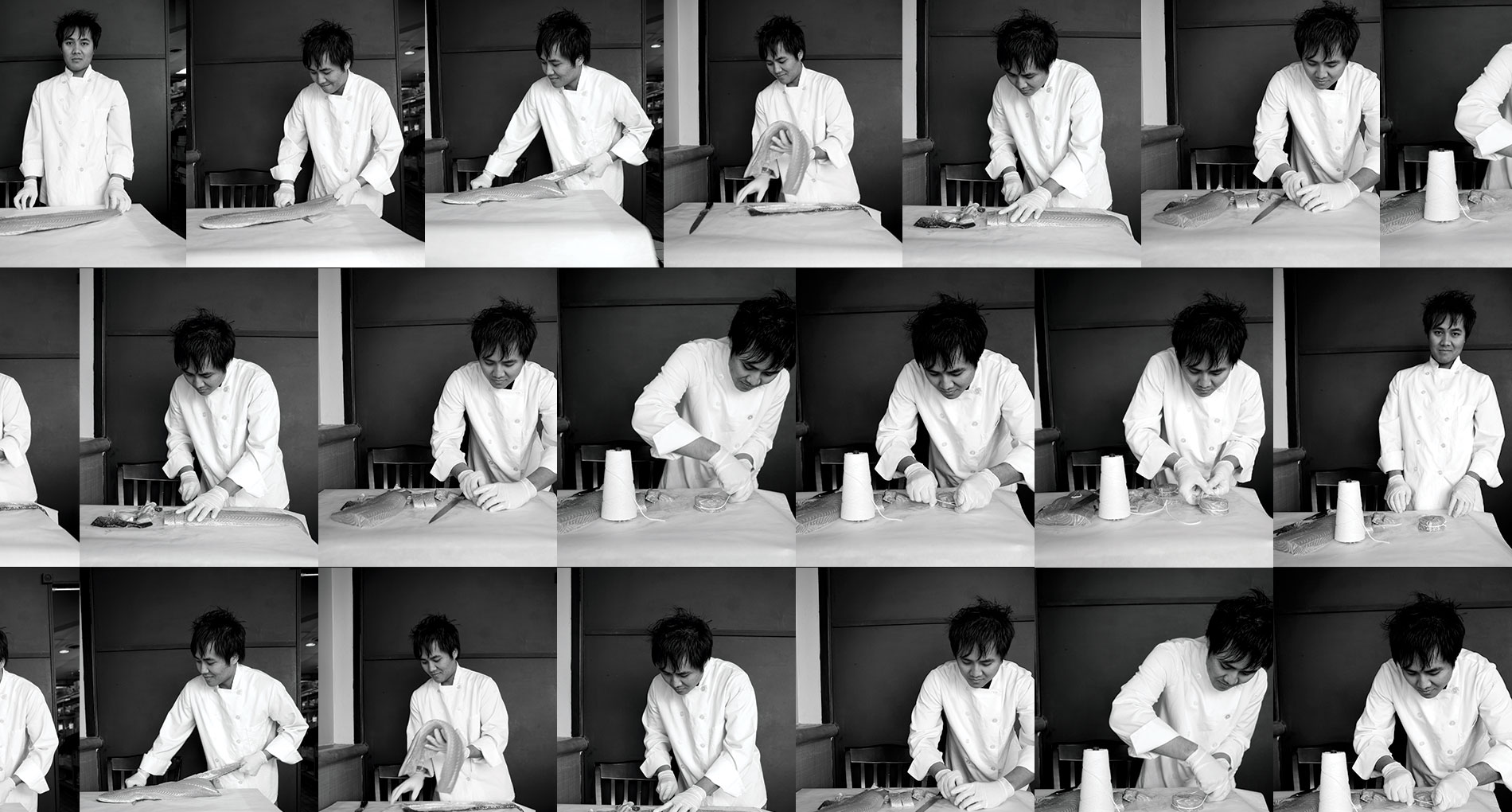 Why watch him: He can cook any type of fish while naming every U.S. Senator.

Five years ago, Thu Rein Oo walked into the kitchen of The Crossing. The Burmese refugee, who spent his teens in a Malaysian refugee camp, had just arrived in St. Louis and was looking for work. Jim Fiala, chef-owner of the Clayton restaurant, tells us why Oo, now his beloved poissonier, has been destroying it ever since.

"I first hired Thu Rein as a dishwasher for The Crossing. The first night, I had a busboy with me who’d been with me for 10 years, and he looks at me and I look at him, and we look at Thu and we both say, ‘Yep, he’s got it.’ He had such a great work ethic – hardly knew any English – but he wanted to please everybody. He had an innate sense of urgency.

He started as dishwasher, but then he would be totally caught up on dishes and ask what he could do next. So we said, ‘Here’s a knife, do this.’ He started in salads, very basic stuff, but he was a quick learner. Everything he did, he did with extreme pride. He never made the same mistake twice.

He’s currently working on becoming a U.S. citizen. He knows all the U.S. history. It’s just the cutest thing you’ve ever seen. During election time, he would be banging out states and capitals. We would ask him who different states’ senators were, and he knew them all.

Thu has worked at all four of my restaurants. At The Crossing, he cooks all the fish, a few of the apps; he does a little bit of meat. I kid you not, he could eat fish for breakfast, lunch and dinner every day of the year and never complain.

He’s just good, creative too. He knows what I want and what we need at the restaurant. I can see him someday opening the Burmese version of Mai Lee. He’s pretty much capable of doing anything."