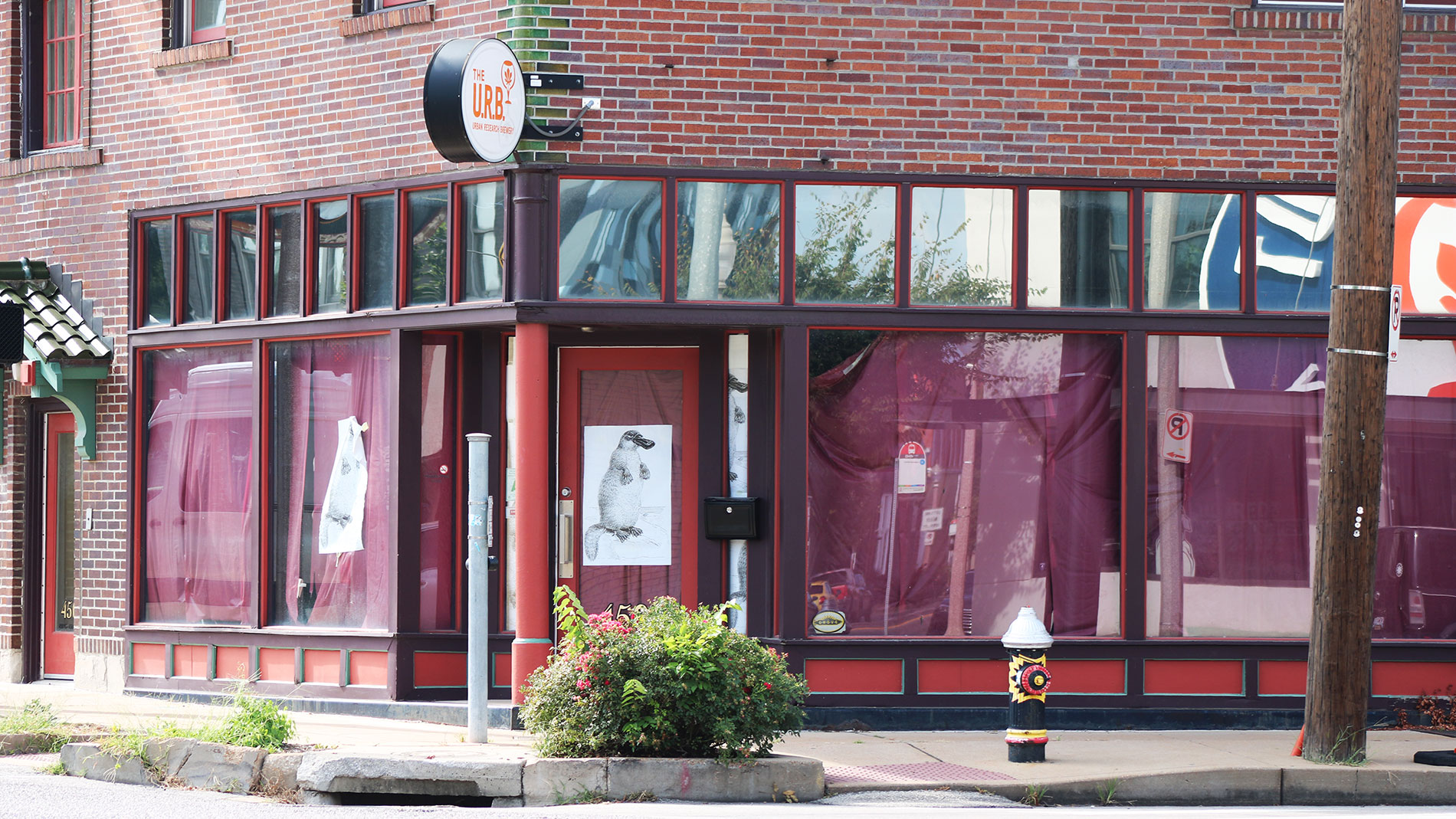 the future home of Platypus photo by adam rothbarth

Next month, The Grove will have a new watering hole in Platypus, which will open in the former U.R.B. space at 4501 Manchester Ave. The bar will be co-owned by Tony Saputo and Meredith Barry; Saputo formerly acted as beverage director for Consips (The Midwestern, Start Bar, The Wheelhouse), while Barry was beverage director at the Angad Arts Hotel and still works with Niche Food Group on their La Verita Distilleria project.

This will be both of their first runs as bar owners. “It’s scary. It’s like we’re climbing Mount Everest,” Barry said. “But we just keep going. Sometimes I think I don’t have any breath left.” Saputo added: “I’ve been doing this for so many people for so long, I feel pretty confident that we’ll be able to do it. The opportunity to create my own atmosphere and environment I think is what keeps me going.”

Prior to starting up Platypus, Saputo left the industry during the pandemic in order to keep his family safe from Covid. “I knew whenever we were on the other side of things that I was either going to go back to working for Spruce Street again or do my own thing. I knew I didn’t want to work for anyone else,” he explained.

First and foremost, Platypus will be a bar. “We’re going to have a chalkboard and maybe five drinks,” Barry said. “We’ll be rotating them all the time.” She said that having a smaller list of drinks will give the staff more of an opportunity to learn and have input in what’s being made. “[It will be] a more sincere representation of what’s going through our minds and the staff’s,” Saputo pointed out. “We’ll be able to keep it fresh that way.” He added that return visitors should always be able to expect something new, but that if they just want to show up for a shot and a Busch, that will be available as well.

For Saputo and Barry, the way the drinks are made will be as important as what drinks are on the menu; to that effect, they see the project as an educational, collaborative space where younger bartenders will get to learn to do things the Platypus way. “There’s so many kinds of rules out there and so many drinks. It’s just going to be fun to teach a new group that all the rules are good,” Barry said. Saputo added, “Meredith and I have both been in atmospheres where you work with a ton of people who do everything.”

The bar occupying a 3,500-square-foot space will have three different rooms and will hold just under 100 people in all. The first bay will hold the bar, while the second will have a couple pinball machines and a Ms. Pac-Man, which Barry is especially excited about. The third bay will have a walk-up kitchen and some seating, as well as a stage for live performances, DJs, and possibly drag shows. Behind the space is a biergarten-style patio that can hold an additional 40-50 people, according to Saputo.

As for the food menu, it’s still in development; Barry hopes it can be an incubator for local chefs who don’t have a brick-and-mortar. “With drinking, we want comfort food. I’m a vegetarian and Tony’s a meat-eater, so we’ll have both options,” she explained.

Platypus will be open seven days a week.