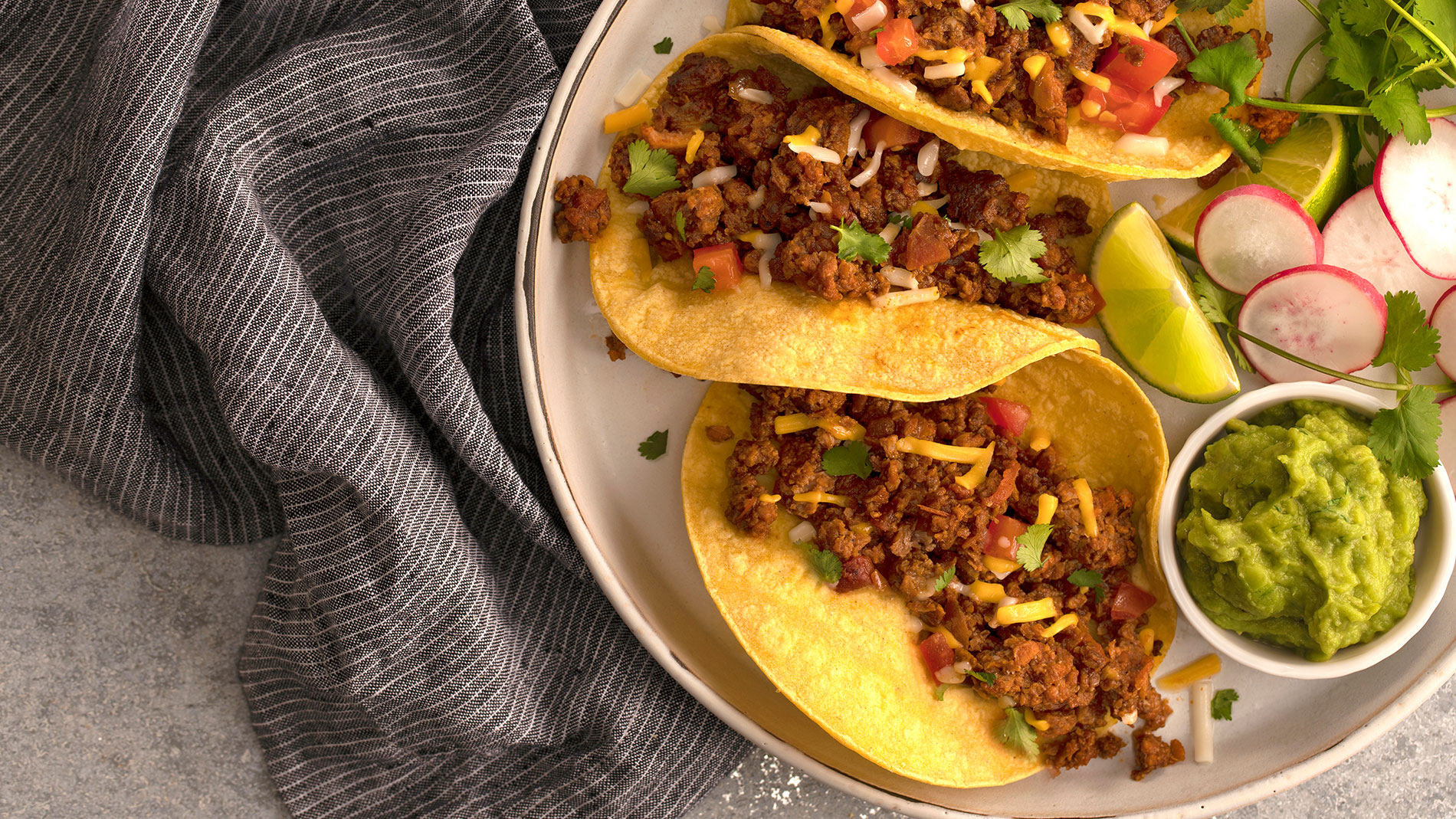 Todd Boyman co-founded plant-based meat company Hungry Planet with his sister Jody Boyman. After starting out as a small, local brand, Hungry Planet can now be found at restaurants around town like Mission Taco Joint and Chicken Out, as well restaurants and grocery stores throughout the United States, Singapore and Australia. With protein offerings like pork and crab, in addition to familiar substitutes like beef and chicken, Boyman hopes that delicious, plant-based meat options will encourage people to make choices that will positively impact their health and that of the planet.

“My sister Jody and I are co-founders of the business. We recognized that while we had been eating plant-based for decades and spent a lot of time, money, effort and energy trying to educate people as to why they might want to eat lower on the food chain, some people really are not interested in being educated about why they should be eating differently. So, if we wanted to make a difference, we really had to figure out how to give people what they already love to eat.”

“Food is such a cultural part of our being, and it’s such a personal choice that when a light is shined on it and people start seeing some of the data behind those choices – planetary, personal health and animal well-being – it’s often not comfortable.”

“It took us 13 or 14 years to perfect [all our] meat types. We have beef, chicken, pork, turkey and crab, and then we have breakfast sausage, Italian sausage and chorizo.”

“The most challenging probably was crab simply because it was such an outlier in terms of taste and texture from the other ones – beef, chicken, pork. They have degrees of difference, which are pretty significant, but not as different as crab.”

“The problem is going to dictate the solution that you come up with, and we defined our problem by looking globally at all meat types from day one. Making sure that taste, texture and nutrition were at the heart of what we were doing. Does it handle, store, cook and prepare like conventional meat? That was the rubric that we were solving for, and we had the benefit of time; we started working on this before, quite frankly, anybody else on the planet.”

“Our chief culinary officer, chef Ron DeSantis, is a certified master chef, of which there are only 62. He is not vegan or vegetarian. He was an instructor for over 20 years at The Culinary Institute of America and had students like celebrity chefs Cat Cora and Roy Choi. From there, he was recruited to head up dining services at Yale University, where he oversaw over 15,000 from-scratch meals a day. He literally wrote the book on high-volume, from-scratch cooking and has been a guest chef at the White House and Camp David for multiple presidents.”

“We put together a plan for him to join us as our chief culinary officer, and he really helped us take our food to that next level so it’s ready for commercialization and figuring out how to make it accessible to the culinary trade, as well as to consumer retail. He’s just extraordinary.”

“You can take your favorite recipe items and use Hungry Planet as a one-to-one substitution for any recipe item in any cuisine, and the food is going to taste just as good.”

“We’re also in Chicken Out here locally. They have what they call their Faux Hawk, which is a chicken sandwich made from Hungry Planet that’s absolutely delicious.”

“We firmly believe that in food businesses, you launch with your very best out of the gate. We were very patient to get the food right. We also work locally with Dierbergs and Schnucks for a variety of our foods. It’s been a long journey, but the market is starting to build.”