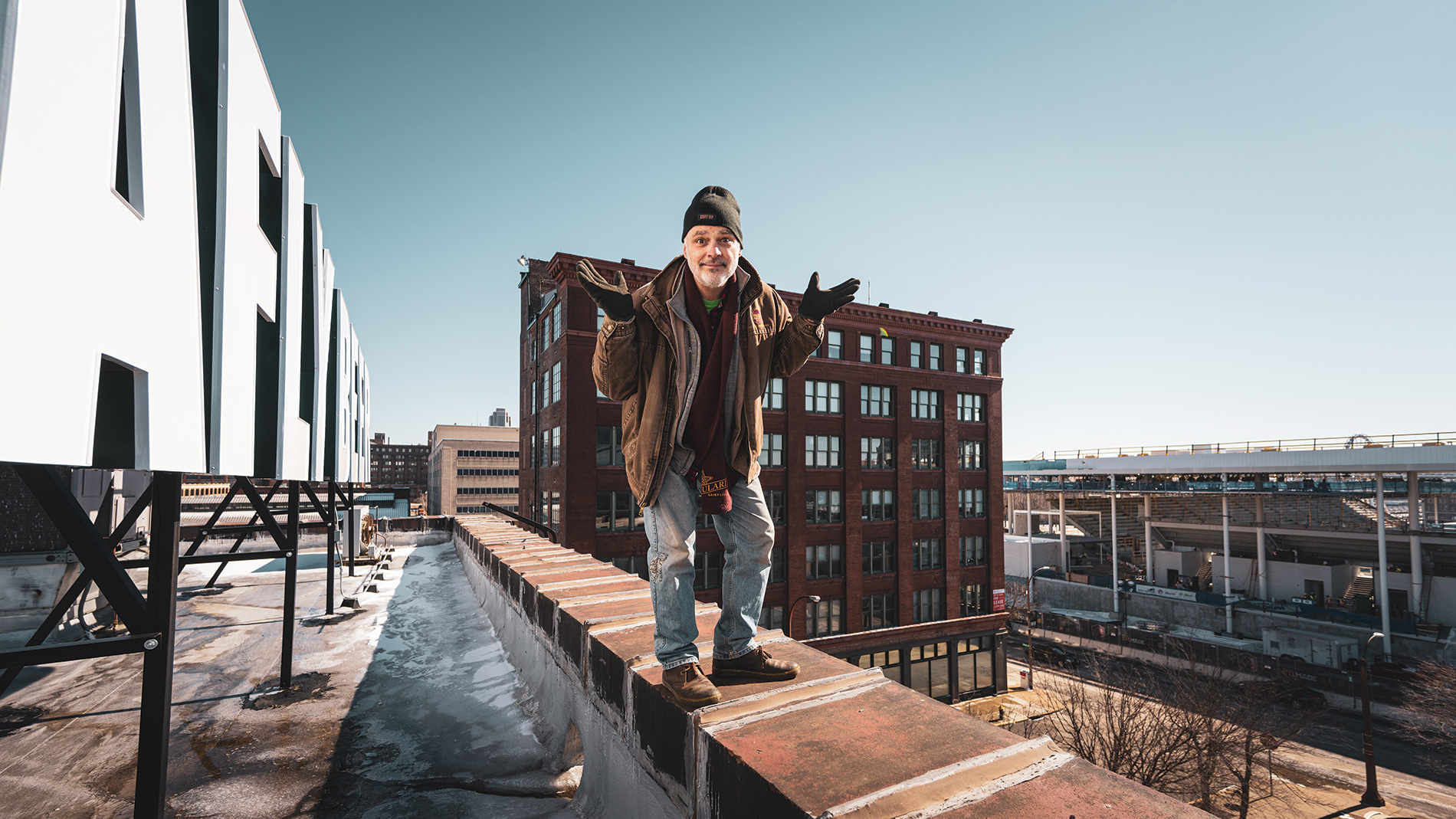 Built in 1902, the building that houses the Schlafly Tap Room originally was home to printing businesses – first Lambert Deacon Hull Printing Co. and later the John S. Swift Co. Exploring its basement (now used for brewing) and all of the space’s little side rooms, hallways and dark, dusty corners, one has the feeling that the 32,000-square-foot building is full of secrets known only by owner Tom Schlafly and founding brewer Stephen Hale. Hale likes to joke that the building is so perfectly situated to be a brewery that the Schlafly family actually built it in 1902 and just let the printing companies use it for 90 years.

After a brief stint at Oxford University where he was ostensibly engaged in a continuing legal education program, Schlafly – who works as an attorney in his non-beer life – became obsessed with the idea of bringing an English-style beer to St. Louis. (“I like to say I learned more about English beer than English law,” he said.) Schlafly went ahead with the plan he’d concocted with partner Dan Kopman and bought the building for $137,000 in 1991. “Everyone thought I was out of my mind,” he recalled.

Schlafly might have been a beer fanatic with the means to get something going, but he’s the first to admit that starting a brewery wasn’t solely his idea and that he didn’t do it alone. “It’s important to give credit to Dan Kopman,” Schlafly said, pointing out that Kopman worked for the English brewery Young’s and learned about beer in Edinburgh, Scotland. Though based in London, Kopman would return to the U.S. to help distribute Young’s around the country. On his travels, he learned about a new way people were making beer: the microbrewery.

“It was basically Dan who helped take this crazy fantasy and convince me that it could work as an actual business,” Schlafly said. Their first conversations were in the mid-’80s, and Schlafly formed the corporation in 1989. “We had the first microbrewery license issued by the state of Missouri,” Schlafly explained. “Breweries were not allowed to own retail licenses unless it was a sports stadium. We had to get that law changed.”

This was not the only law that needed changing in order for Schafly and Kopman to get their vision off the ground, and, over the years, Schlafly played a significant role in changing numerous alcohol laws in Missouri, helping set the stage for what St. Louis’ beer scene would become. Another legal accomplishment included changes to how beer was sold and distributed; when the business started in 1991, if they opened a restaurant in a microbrewery, they couldn’t legally sell their beer to other bars or restaurants. “I’ve known Tom since he started, and I’ve watched Schlafly grow from the very beginning,” said Fran Caradonna, CEO of Schlafly Beer. “I had been in the beer business on the wholesale side, and our little company was fortunate enough to partner with Schlafly after Tom got the laws changed. We were able to expand distribution across the state in the ’90s.”

To start making beer commercially, Schlafly and Kopman found a pioneering head brewer in Dave Miller, who had a strong reputation among homebrewers in St. Louis. “He had the expertise and knew the science of brewing – like a lot of brewers, he was self-taught,” Schlafly said. “And Dan had the experience from Young’s.” When asked if Schlafly himself had ever made beer prior to that and whether he’d considered becoming a brewer, he was quick to stay modest. “I was a homebrewer, but I was not especially accomplished,” he said. Miller’s first official beer for the company was a wheat ale – a filtered version of what would become their famous hefeweizen – followed by a pale ale.

Despite a hugely successful event roster and four brewpubs (Schlafly Tap Room, Schlafly Bottleworks, Schlafly Bankside and the most recently opened Schlafly Highland Square), at Schlafly it’s ultimately still all about the beer. We’d be remiss not to mention the brand’s pumpkin ale, which is considered by authorities from Thrillist and GQ to Delish, Men’s Health and Food + Wine to be one of the best in the country. The coffee stout is quite popular, and the IPA has received national accolades as well. “The beer that really launched us into the beer business is our pale ale,” Schlafly said, reminiscing on his time drinking and studying English beers. He believes the pale ale is their biggest seller. And after 30 years, the brand is still developing new beers, events and spaces. “We’re always looking at new opportunities,” Caradonna explained. “We listen to the customers and what people tell us they’re looking for. I’m not sure what’s next. More of the same. More great beer, more great parties.”

For Tom Schlafly, the philanthropist and community-minded businessman who brought an abandoned building back to life 30 years ago and ended up creating one of the Midwest’s most successful and enduring beer brands, his work has made a difference. “I feel tremendously gratified by this. It’s gotta be fun,” he said. “We haven’t saved the world, but three local zip codes are better.” Not to correct the man himself, but it seems to be much, much more than that.