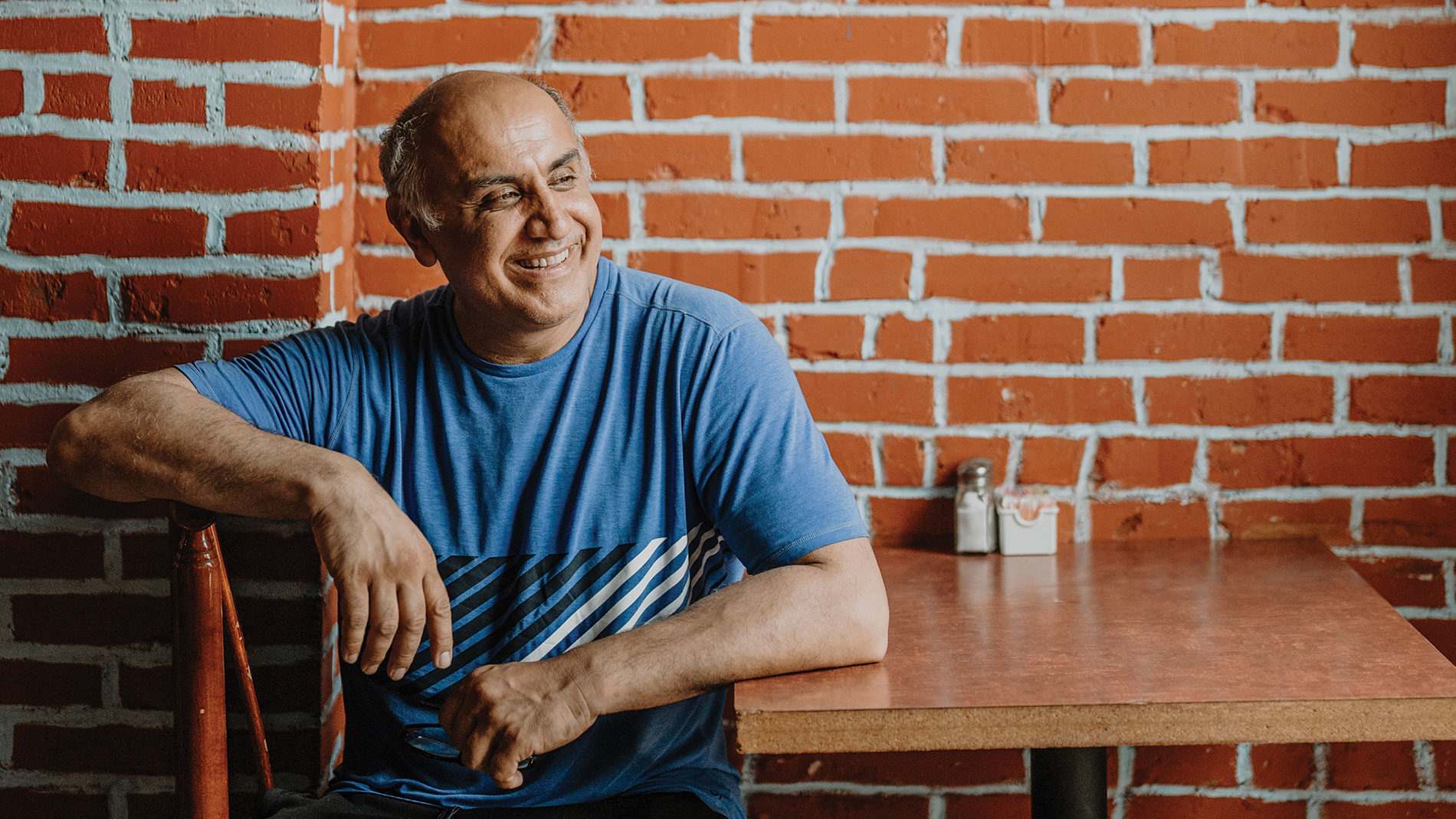 When Sameem Afghan Restaurant co-owner Fahime Mohammad arrived in St. Louis in 1991, he didn’t expect to stay 30 years. With his home country, Afghanistan, enduring internal conflict and Soviet occupation, he and his brother Qayum fled across Afghanistan’s mountainous border with Pakistan to avoid compulsory military service. From Pakistan, they decided to join their uncles who were already living in St. Louis. “We thought that things will become peaceful in Afghanistan, and someday we will go back,” he explained. “Obviously, that never happened.” Here, Mohammad delves into the story behind opening Sameem and how his unexpected career as a restaurateur has enriched his life.

“During the month of Ramadan, my brother would bring me some home-cooked meals. I had to eat during sunset, [and] then I would share with my co-workers at the country club. They were like, ‘Oh my God, this food is amazing! You should open a restaurant.’ Sometimes the idea gets planted in your brain by somebody just telling you.”

“One day, my brother opened up a [St. Louis] Post-Dispatch, and he saw this restaurant for sale on South Grand [Boulevard]. It was the old Gulf Coast Cafe, owned by a Bosnian gentleman. He goes, ‘Let’s call him on Monday,’ and then we went, took a tour. We liked it. The big challenge was getting the funds.”

“Ever since we opened up the South Grand location we had so much support; some of our former co-workers [from the country club] came in and supported us, and it was amazing. Until today, there’s not even a single moment that I regret opening this restaurant.”

“Owning your own place, there’s a lot of challenges, don’t get me wrong. But who would love life without challenge?”

“The [popular] dishes based on our sales and feedback are eggplant boorani, the lamb qabelli pallow, the muntoo (dumplings), the chicken teekha masala, the kebab dishes.”

“My brother and I worked in restaurants, but we had always had exposure to good food. My mom was a really good cook and then my brother’s wife [Sitara Mohammad], she is amazing – she and my brother are the main chefs at the restaurant.”

“Afghan cuisine is a very healthy, very balanced cuisine. So if you notice the country of Afghanistan where it’s situated between China, several former Soviet states, Iran and Pakistan (which used to be India).”

“The population of Afghanistan is very diverse. These people just brought these ideas, the culture, the food. So Afghan food is Mediterranean, it’s Indian, it’s Persian, but at the same time, it has its own uniqueness.”

“[In 2021] when the Taliban came, it created this mayhem and fear, people wanted to flee, and cities [including St. Louis] see the value in refugees coming to their cities. Immigrants are generally entrepreneurs; they want to work.”

“I remember when I first came here, I was like, ‘I can work here? I’ll have my own wage? I can buy a car? I can own my own place?’ It’s a really positive shock. You get a lot of freedom here. Things can happen really quickly here. You can open up a business in one day, one week.”

“I’ve lived in the United States for the past 30 years, and I’ve lived a life that I couldn’t even dream. I love it here. I own my own business, I can do whatever I want. You forget. That’s human nature – you subtract your bad experience from your good experience and you enjoy life.”