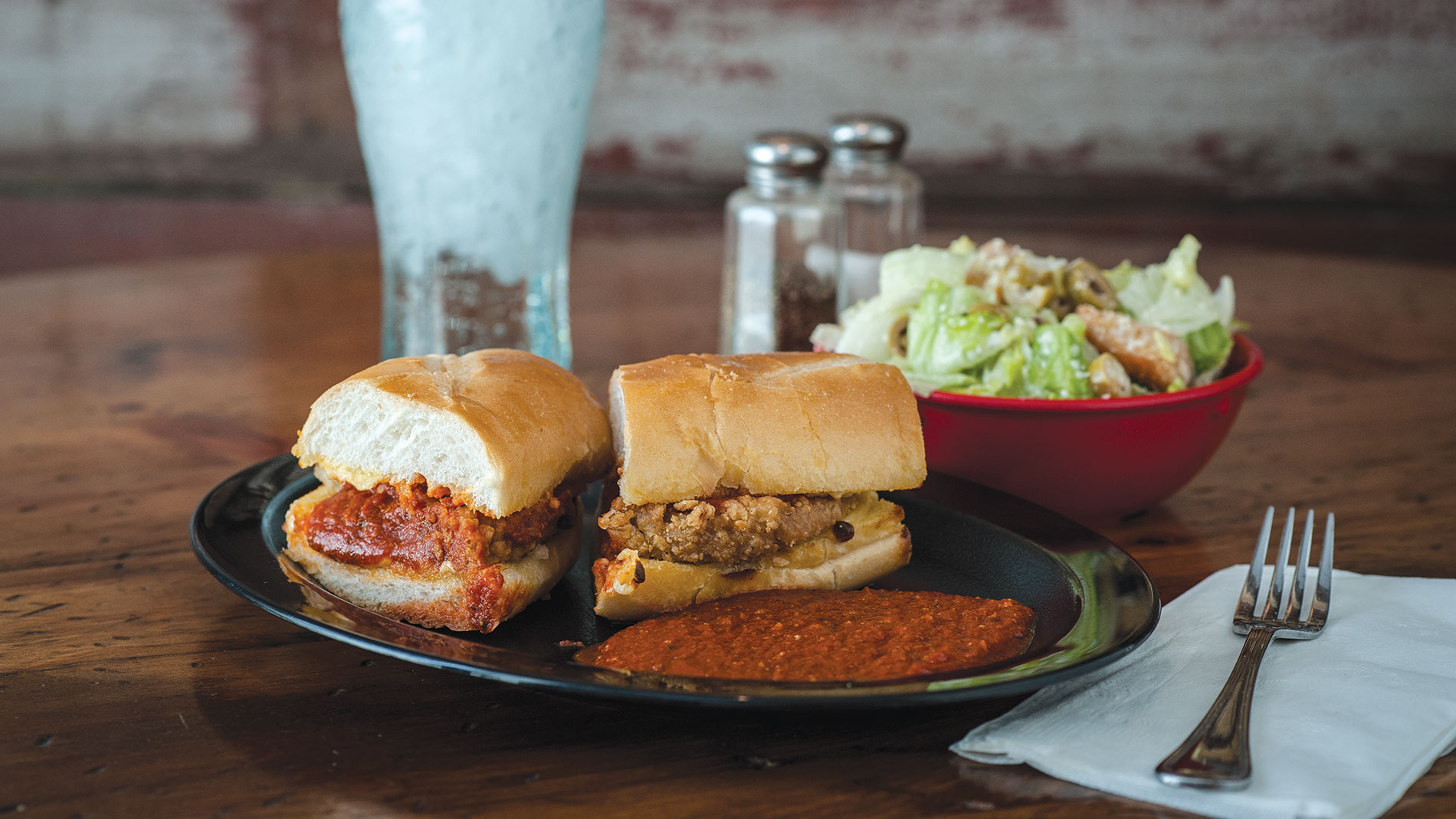 Despite its hidden location on a side street off Lindbergh Boulevard, Grassi’s Ristorante & Deli has been putting smiles on the faces of families from Frontenac, Ladue and Creve Coeur for long enough to be considered an institution. The cafeteria-style, casual Italian spot was purchased and remodeled by its fifth owner in May 2012, but its tasty pizza, Italian salad and veal parmigiana sandwich, thankfully, remain essentially unchanged.

All Hail the Salad
Grassi’s’ Italian salad is deceptively simple. Adherents go gaga over the house-made sinfully buttery croutons, manzanilla olives, flakes of Parmesan and pepper, and Italian dressing that adorn the greens, but the secret is in the tossing. The salad occupies a rare echelon between dry and wet – dressed and tossed just so.

Pizza is a Go
The pizza at Grassi’s was more than serviceable; it was delightful. Thin, St. Louis-style crust isn’t made on-site, but it turns crisp and flaky just the same. The cheese is a diplomatic mix of mozzarella, Provel and provolone that seems intended to appease those with violent allegiances to a certain St. Louis-style cheese on their pizza. The result is a fine détente between stringy and goopy.

Between The Slices
Of the signature sandwiches – all of which are served on garlic cheese bread – the veal parmigiana, called Terry, was the star. Breaded and fried veal, Provel, house-made meat sauce, toasted bread and a puddle of more meat sauce for dipping combined for a rich, crave-able meal. The loaded roast beef sandwich with a side of au jus also made for a great value, yet the Thursday special, a grilled Black Angus sirloin sandwich, was unremarkable, though a tub of self-serve hot giardiniera on the cafeteria line helped make it more interesting. Other sandwiches featuring meatballs (made in-house) and salsiccia (bought from elsewhere) were just OK.

The Rest
Pasta – ravioli, linguine, cavatelli and whole-grain penne – is available in a choice of tomato, meat, Alfredo or garlic-and-butter sauces. The red sauces are simple gravies with a hint of sweetness that appeal to kids’ palates, yet they’re robust enough for adults. The Alfredo has a flat, uninspired quality. Grassi’s’ french fries, however, are not an afterthought; they’re golden brown, crispy and just right.

Real Deals
The menu offers a number of specials, like the T-rav special: toasted ravioli [3], a small Italian salad and bread and butter for $8.25. For high school kids, there’s a pizza special every day from 3 to 5 p.m.: Buy any large pizza and get two Italian salads and two fountain drinks for free. If you’re not a teen, you can order that same special Mondays and Fridays.

With its briskly moving lunch line, informal plastic bowls and plates, and hearty sandwiches, pizza and salads, Grassi’s keeps on keepin’ on, some 40 years after the Italian eatery’s founding (at its original Hill location). Two years after its purchase by the latest owner, many of the faces behind Grassi’s’ counter remain the same – as does its fast and satisfying food. All you have to do is figure out where it’s located, and you’ll be in on the secret.