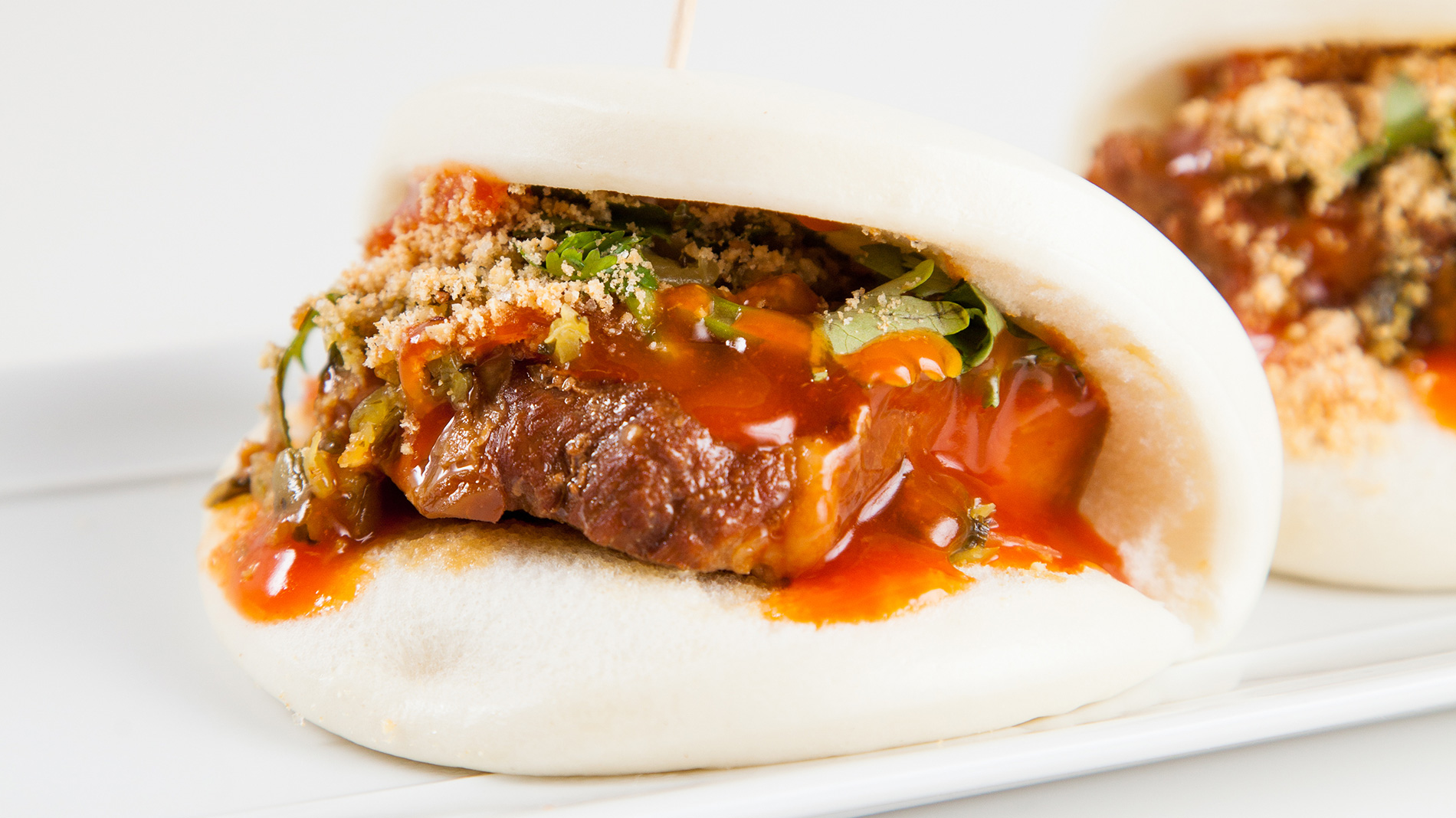 By the end of the long meal, sitting in the sparse, spotless space with our faces bathed in the unflattering fluorescence of hanging office lights, the consensus among the dinner party was unanimous: Tai Ke was the best Taiwanese food we’d ever eaten. Never mind the fact that most of us had never eaten Taiwanese food.

We weren’t the only ones. Other diners, mostly Asians, perhaps more familiar with Taiwanese food, had similar happy, well-lit faces. Unlike Los Angeles and other cities with seemingly endless styles of Asian cuisine, Taiwanese is as rare as pro football around these parts. Although many restaurants have a dish or two, Tai Ke is St. Louis’ only restaurant specializing in the cuisine.

Like all countries historically overrun by invaders and immigrants, Taiwan is a melting pot of cultures and culinary influences, first from China and later from Japan. So while Taiwanese and Chinese cuisines share ancestry, do not conflate the two – even Tai Ke’s signature dish, Three Cup Chicken. Technically, yes, the dish is from southern China, but it’s so popular in Taiwan that it may as well be the national dish. Taking its name from the main ingredients (sesame oil, rice wine and soy sauce), hacked up pieces of braised thighs and wings are simmered with ginger, roasted garlic cloves, chiles and Thai basil until the sauce is thick, velvety and fragrant. It’s a complexly flavored dish that’s both appealing and unwieldy – lots of nibbling around those sharp-edged bones. There’s also a tofu version that’s much gentler on the tongue.

Other hot wok entrees to share include the sizzling tenderloin beef, a dish that lived up to its name with tender slices of beef, onion and bell peppers bubbling on an iron plate of piquant black pepper sauce. The marriage of fried shrimp balls with pineapple and bell peppers under a drizzle of mayonnaise was a glorious union. Salt and pepper sauteed shrimp, lightly breaded and crispy, was no less glorious on its colorful bed of chopped bell peppers, garlic, onion and slivered scallions. Chile stir-fry chicken (There’s also a shrimp version.) certainly showed off its Szechwan roots, but it was the Hakka Stir-Fry that drew the highest praise: a deceivingly simple assembly of matchstick slivers of pork, squid and dried tofu tossed with celery and garlic that, in a single mouthful, concatenated flavors and textures so surprising, even the squid-squeamish at the table reached for more.


Beef noodle soup, ubiquitous in Taiwan, makes a hearty meal on its own. Here, braised beef shank that I’ve found elsewhere to be gristly and chewy was as yielding to the bite as tenderloin, suffused in a dark, intensely flavored broth with threads of wheat noodles, rich with exotic notes of star anise and hints of red chile.

Adventurous eaters will gravitate toward dishes like chitterlings (pig intestines) and pork blood soup; both ingredients are staples of Taiwanese cooking and not as intimidating as they sound. That soup, for instance, used congealed blood – think blood curd. All right, that may not help, so think dark red custardy cubes of tofu in a clear broth flavored with sa cha sauce (soy oil, garlic, chiles, garlic, shallots and dried shrimp) with pickled mustard greens and chives. The combination may be foreign to Western palates, but the cubes absorb the broth and have a subtle, metallic taste. As one diner commented, it’s a pretty innocuous way to eat blood.

In addition to soups, noodles and hot wok entrees, the menu features the most well known aspect of Taiwanese eating: night market street snacks. Bao (steamed buns) are found on lots of non-Asian menus around town lately, reflecting the popularity of this simple snack. Consider them Asian sliders with a fluffy, clamshell-shaped steamed bun. Or don’t consider, just order Tai Ke’s gua bao: a slab of slick, sweet pork belly with cilantro, ground peanuts, pickled mustard greens and a smear of a special sauce for about three bites of sweetly acidic, sour-ish perfection.

The sticky rice hot dog looked as funny as its name: Sticky rice formed into a dugout canoe cradled a plump, juicy Taiwanese pork sausage drizzled with a ketchup-y sauce. Grilled to snap when bitten, the sausage held hints of sweetness and five-spice powder, with a texture that contrasted nicely with its lightly grilled, glutinous pedestal. Hard-boiled eggs marinated in soy and five-spice powder are a snacking staple; here, they’re sliced in half, drizzled with a sweet and sour sauce, topped with chopped scallions and gone in less than a minute.


Tai Ke is located just south of Olive’s intersection with McKnight Road in a strip mall next door to Vietnamese restaurant Dao Tien. It’s a modest, brightly lit room that at first may seem off-putting, especially if you’re looking for ambience. But the welcoming staff and cheerful, attentive service, regardless of how busy it is, makes the room alive with warmth and chatter even on a dark winter’s night.

In Taipei, bizarrely themed restaurants are a big thing, like a bathroom-themed eatery that plumbs the depths of absurdity. (Don’t ask. Really.) At Tai Ke, there is no need for such tomfoolery. It’s just a place that stays close to its Taiwanese roots, and the food speaks for itself.

Entree Prices
$9 to $14. Street snacks and noodles are even cheaper.