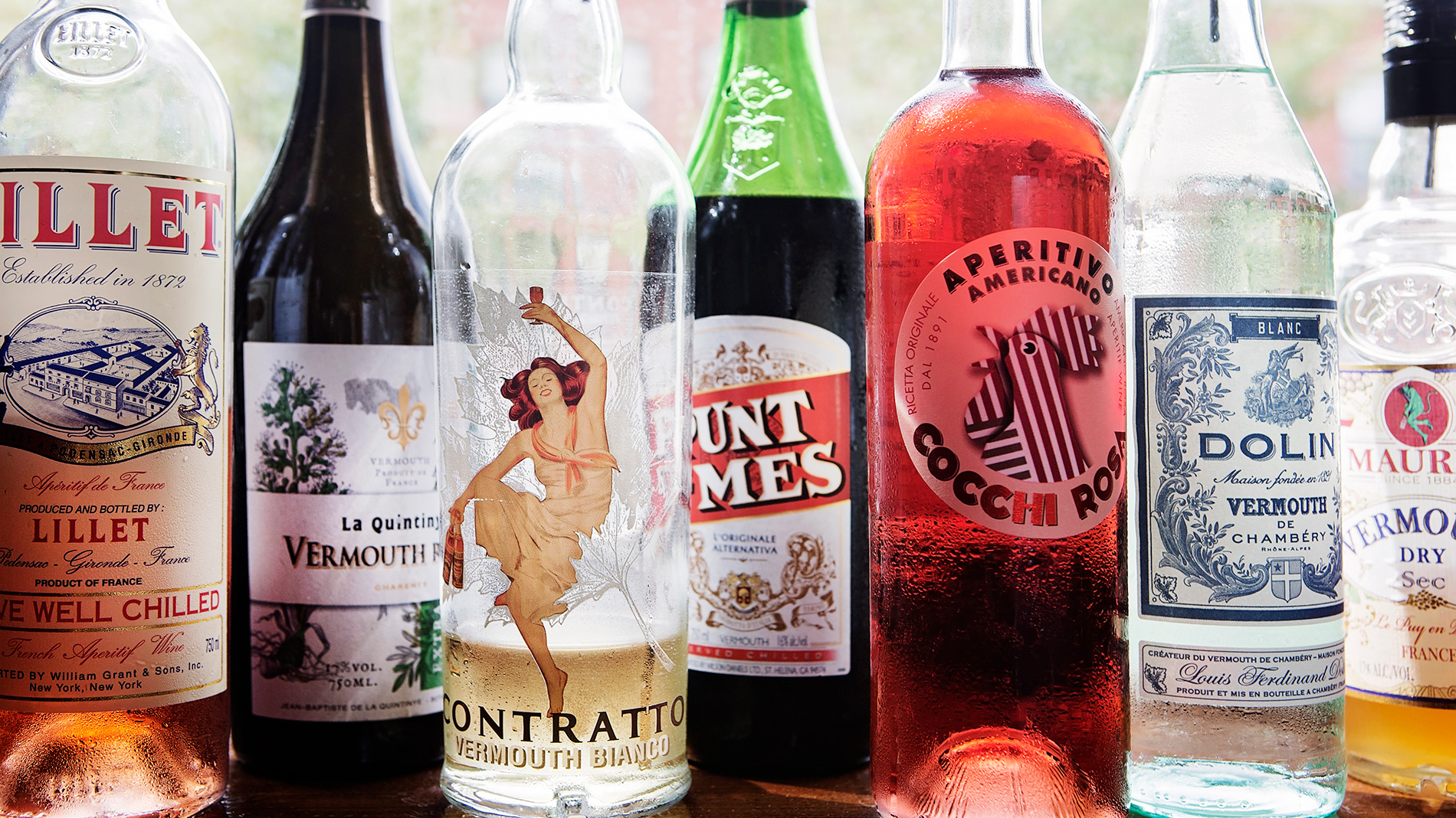 Long regarded as martini and Manhattan’s backup dancer, vermouth is having a spotlight moment. This old-school underdog has recently piqued the interest of American wine drinkers and cocktail quaffers alike, leading to a more diverse and higher quality bottle selection.

Vermouth is an aperitif wine that’s fortified (blended with other booze, usually brandy) and aromatized (flavored with botanicals, including wormwood). Traditionally, “Italian” was shorthand for sweet vermouth, while French varieties were light and dry, but these days, most producers do it all.

In a market formerly dominated by a couple functional but lackluster varieties, local distributor Vintegrity has quadrupled its vermouth portfolio in the last half-decade. Certified sommelier and sales representative Alisha Blackwell attributed the fortified wine’s increasing popularity to the craft cocktail movement.

“(Vermouth’s) trajectory is going up,” Blackwell said. “Bartenders are looking for specific flavor profiles. Maybe they’re looking for a nice, dry white or a sweet red that comes off as nutty with a cola profile.”

Randolfi’s head barman Jeffrey Moll used to make his own vermouth but now takes advantage of the wider variety available, considering the depth and nuance of the wines, as well as their differentiating qualities.

“There’s a tool for every job,” Moll said. “A delicate, dry vermouth is better suited in a martini, where it works well with the gin, than a Manhattan where the whiskey takes over.”

Planter’s House proprietor Ted Kilgore agreed. “Vermouth blends well with high-alcohol spirits. There are so many styles. I analyze each vermouth, then pair it in a cocktail.”

As a mixed-drink modifier (a low-ABV ingredient that flavors and tames a spirit-forward tipple), vermouth can both enhance and buttress the notes in a cocktail, particularly on the middle of the palate, creating an elegant bridge between a boozy first sip and a pleasant finish via lighter liqueurs or syrups.

A delightful, if unintended, consequence of this aperitif ascension is the ability to dip a toe into European drinking culture by sipping quality vermouths on their own. A serving should amount to 4 or 5 ounces.

“There’s no wrong way to drink vermouth,” said Kilgore. “It can be served straight or on the rocks.”

While not technically a vermouth, Moll suggested starting with Lillet Blanc as your gateway glass into continental aromatized wines. Lillet tastes similar to vermouth, but is less fortified and lacks the strong, bitter flavor of wormwood. It’s a more approachable, fresh, fruity sip with a happy lingering finish. For a comparable light glass of vermouth, Kilgore recommended Dolin Blanc, which is also fruit-forward (with grapefruit and floral notes to Lillet’s lemon and orange), or a member of the newly available La Quintinye family of French vermouths, which include a blanc, extra dry and rouge.

For a dark, rich glass, Carpano Antica Formula is a classic – claiming the original recipe used since the Italian company purportedly invented vermouth in 1786. “Everyone calls it the Rolls-Royce of vermouth,” Kilgore said. “It’s the go-to for high-end.” The Antica offers a luxurious, well-rounded sip grounded by vanilla with baking spice, plum and prune notes, and a sweet finish. Moll suggested Cocchi Vermouth di Torino as a more affordable alternative to the Antica, which has a similar deep, rich quality and a smaller price tag. Kilgore prefers Punt e Mes, which he described as “a cocktail in a bottle,” offering a bitter note along with citrus. “It’s good for breakfast, lunch or dinner,” Kilgore said. He suggested enjoying it chilled over ice with an orange twist, or mixed simply with La Quintinye Blanc, club soda and a twist of grapefruit.

While there’s no wrong way to drink it, there is a wrong way to store vermouth. Do not crack open a bottle and throw it on your cocktail cart next to the rye and over-proofed rum. It is a wine after all, and should be stored in the refrigerator to ward off oxidation and spoiling.

If you’ve had a bad experience – perhaps having stolen a nip from a 3-year-old bottle stored in your parents’ liquor cabinet – it’s worth taking another look.

“It’s so often misunderstood,” said Moll. “Vermouth is so diverse and easy to drink. It’s not like having two or three Manhattans and having to call it a night. It’s a great way to extend the evening.”

In other words, vermouth is the Jennifer Lopez of the cocktail world. Plucked from its underutilized background-dancing role, it is now front and center, rising to the challenge and delivering palate-pleasing wins for bartenders and patrons alike. Love don’t cost a thing – or at least not much more than $20 a bottle.

Where to get it
Reeds American Table offers five domestic and imported glasses to sip on ice with a twist on its aperitifs menu.

Planter’s House released its aperitif cocktail menu in July, with each cocktail featuring a different vermouth. Try The Importance of Being Contrary, a simple blend of light, dry Contratto Bianco, gin, tonic syrup and a bubbly topper, or sample the 10 spotlighted varieties on their own.