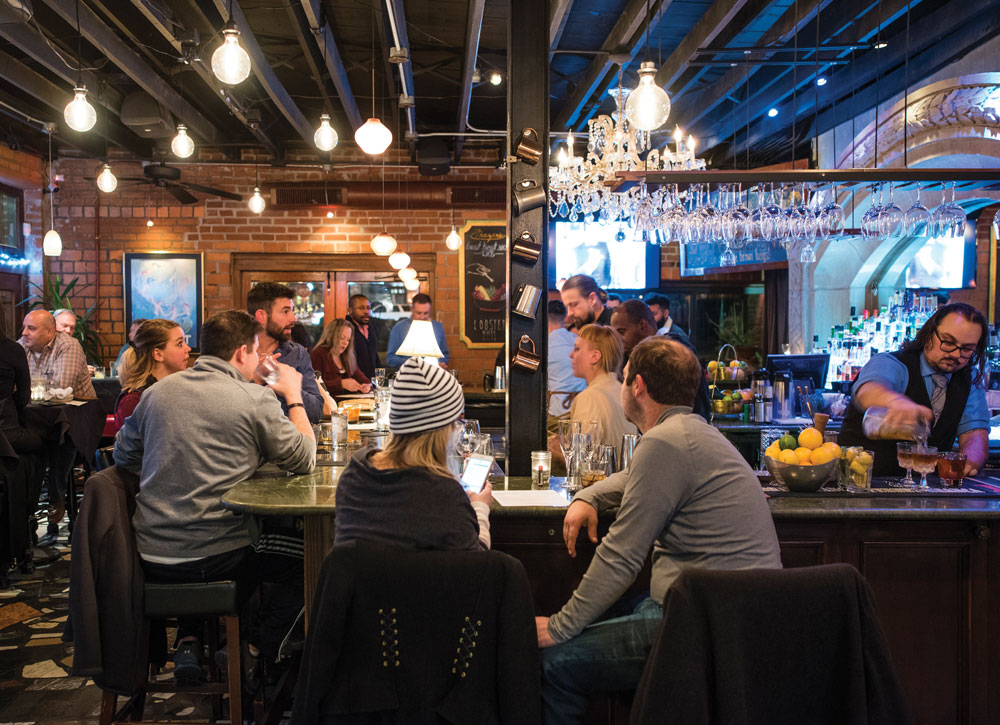 From decor to drinks to demographics, Frazer’s is as eclectic as an irreverent Benton Park bar should be, with swirling mosaics, kitchy lighting and serious but playful cocktails. It’s a place that generates regulars, and I can see why. Everyone is so inviting and relaxed that I was recognized on my second visit and chatted up a booth neighbor – neither of which are typical bar experiences for me.

Year-round, the cocktail menu features drinks labeled for all seasons. Spring and summer lean toward light and fruity, while fall and winter are full-bodied and herbaceous.

Naturally, I looked to the fall menu. Each cocktail is cooled with dry ice for a mystical feeling during mixing. The aptly named, herbal Witch’s Brew is made with chamomile-infused gin, Strega, honey, lemon, aromatic bitters and a maple meringue floating on top. A layered effect creates a soft froth over the sweet and sour treat, without any of eye of newt or toe of frog. The Vanity is literally served with a mirror on a silver platter. Navy-strength gin, China China, Contratto Apertif and Gran Classico are all reflected in this amaro delight. Even if the drink wasn’t delicious (it was), I’d have to talk about its whimsical fanfare. A platter is also used to serve Always a Riesen, but instead of a mirror, a single wrapped candy sits next to the flute. It’s bold to serve a drink right next to its inspiration, but the brown cocktail stood up with flavors remarkably similar to the candy. Chocolaty with the je ne sais quoi of a Riesen, it’s sippable and not overly sweet.

With so much to celebrate on the menu, I was surprised by how little I enjoyed the traditional Old-Fashioned. It replaced muddled fruit with fruity syrup – which I admit to doing at home, but don’t prefer in a $9 drink from a nice bar. The Frazer’s Fashioned 2.0 was even stranger. It featured myriad ingredients, but was completely overpowered by the absinthe rinse. I could have just ordered a Jaeger.

The term “steak burger” should usually be truncated to just “burger” for accuracy, but this one earns its title. Simple seasoning and that sear make for a patty that really does taste like some of the better steaks I’ve had. It made me care – which is something, considering burgers are everywhere. If you’re serving a burger with mashed potatoes instead of fries, they better be damn good mashed potatoes. These are. The flavor profile is like KFC’s, but with real potato texture and more savory gravy.

Frazer’s is known for its seafood, and the New Orleans BBQ Shrimp is a great way to try it without breaking the bank. My shrimp was a bit overcooked, but I would order the dish again just to dip everything in sight into that spicy sauce. The creole-soaked French bread was a highlight.

Frazer’s cheeky cocktails and enchanting food cast a spell. It’s a bar and restaurant dressed to impress without taking itself too seriously. The dedication to a strong food menu and great service will definitely charm me into another late-night tryst. 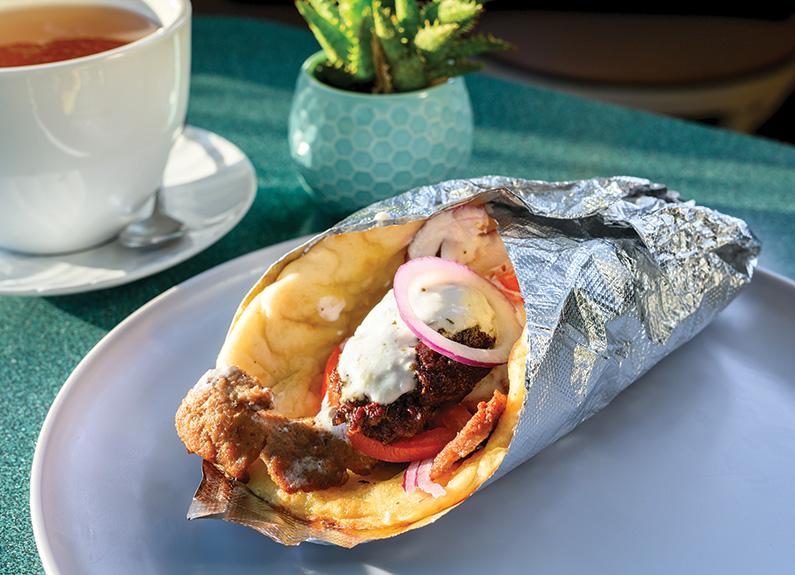 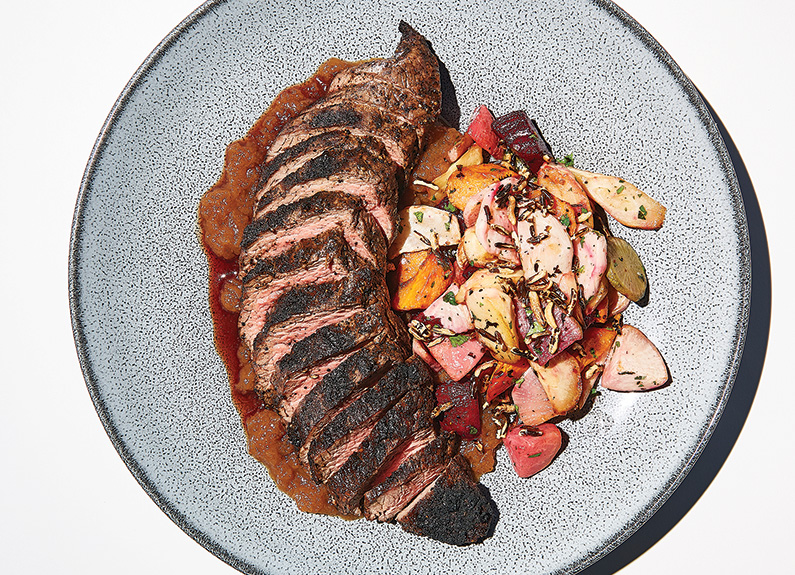 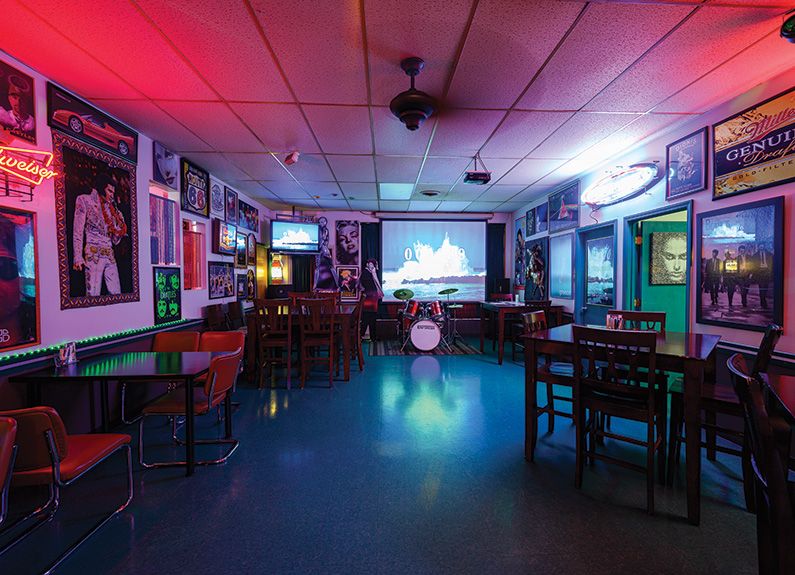