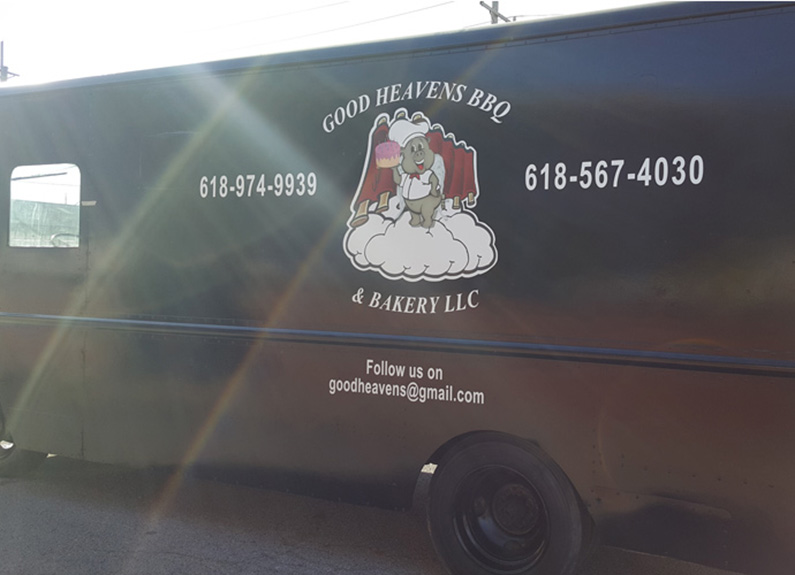 Kattie Goodwin said they decided to open a food truck after two years of successful catering in the Metroeast. They considered opening a restaurant, but decided this was a more cost-effective option. “I don't have to worry about so much overhead with a food truck,” Goodwin said.

Her brother and husband will handle the barbecue side of the menu with options like chicken wings, pork steaks, ribs, snoots and hot dogs. Goodwin said they will also serve their signature Monkey on a Stick, skewered chicken or pork grilled with Filipino spices.

Goodwin will helm the sweet side, baking cookies, gooey butter cake and her signature peach cobbler. “Paula Dean, Sweetie Pie’s – no one can touch my peach cobbler,” she said.

Initially, Good Heavens will operate on weekends, announcing the locations on an upcoming Facebook. Goodwin plans to start in East St. Louis and the surrounding communities and is working to add Belleville to the lineup soon. She hopes to obtain her St. Louis permits by 2017.