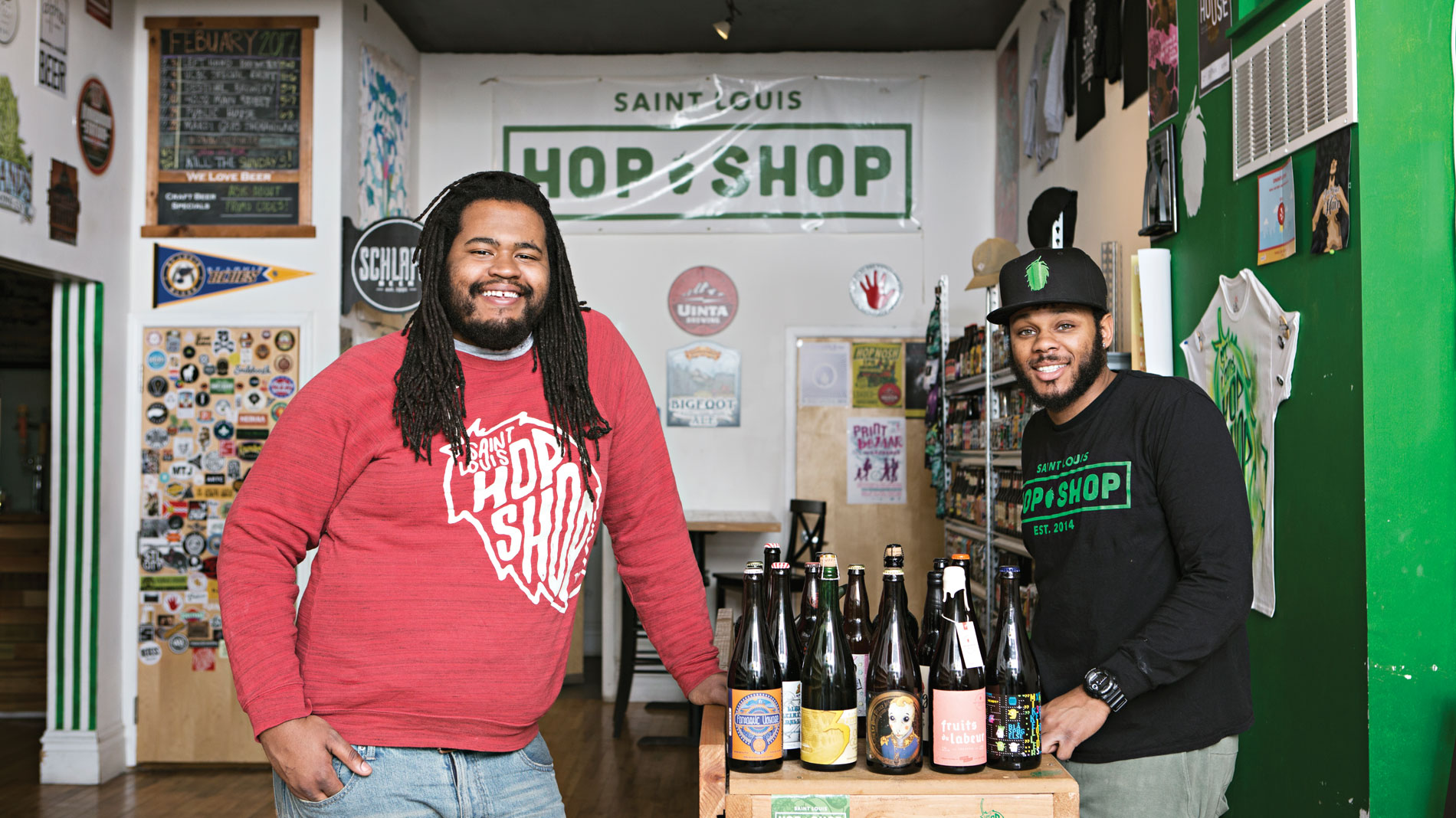 What I Do: Justin Harris and Ryan Griffin of Saint Louis Hop Shop

Brothers Justin Harris and Ryan Griffin want to talk to you about beer. They’ve set up their Saint Louis Hop Shop with that in mind: choosing the foot traffic-heavy Cherokee Street neighborhood, hosting beer events and offering a short menu of pours to enjoy while you peruse their shelves of carefully selected bottles. Here, the brothers of beer talk family, community and Cherokee Street.

“We get along pretty well – we always have. I think it goes back to what Ryan was saying: We know what to expect from each other, both good and bad. I know I do things that drive him crazy, and he could say the same thing. But at the end of the day, there’s comfort in knowing that you’ve got somebody who’s family – that’s my brother, you know.” – J.H.

Gateway Beer
“It was Boulevard 80-Acre, if I’m not mistaken … a hoppy wheat beer. It was so much different from [Natty Light] – it was no comparison. That’s when I realized that it wasn’t about drinking beer until you can’t drink anymore. I could have one or two after class, and that would be it for the night.” – J.H.

St. Louis on the Rise
“Opening this store has opened my eyes to things outside of what I was familiar with: different people, different ideas, different backgrounds and how St. Louis is coming together, investing in small communities. … People are accepting of new, fresh ideas and I feel like St. Louis is undergoing a renaissance.” – R.G.

Price of Entry
“The cool thing about the beer industry is that for the most part you’re dealing with a lot of like-minded people. … Events have been a key staple of who we are – the culture of the store – because you really get to engage with people past, like, ‘That’ll be $9.99.’ … No beer unless you talk to us.” – J.H.

Candy Crush
“I’m into stouts, and I’d say brown beers, porters, brown ales. … I’m like a candy fiend. I have a big sweet tooth. I’m really into chocolate, something that’s more hearty … those things that lather your tongue with sweetness.” – R.G.

Cherokee Street
“Cherokee Street is a very vibrant place, and people want to be down here. … It’s a great energy. And I feel like it’s a huge support system, between us and other businesses. A lot of stuff in our store came from Antique Row. I go to Byrd & Barrel like every other day. We get coffee at Foam all the time. … You just feel like you’re a part of something when you walk up and down the street.” – R.G.