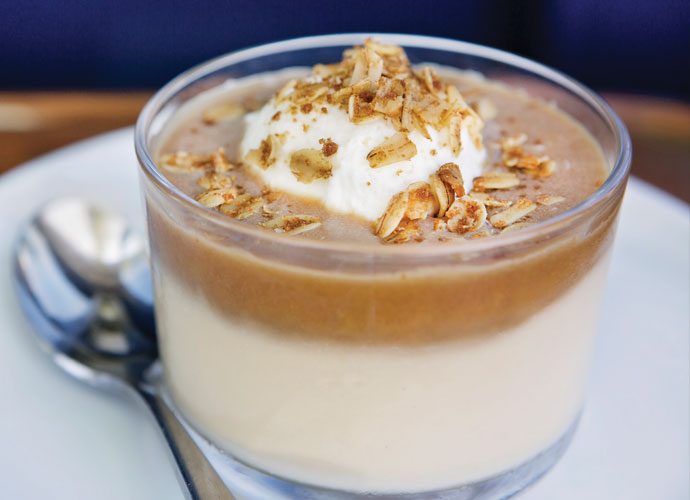 1. Proof in the Pudding
We’ve come a long way since Snack Packs – like the butterscotch pot de crème at Olive & Oak, a rich caramel pudding capped with salted caramel and whipped cream. At Pint Size Bakery, occasionally available Yum Cups are filled with rotating pudding flavors. But we all know chocolate reigns supreme, like the blend of milk and dark chocolate pudding with a black cocoa brownie, Thai basil ice cream and fresh blackberries currently on the menu at Taste. Retreat Gastropub recently offered an orange- and lemon-scented chocolate pudding served with toasted marshmallows and almond biscotti, while Cleveland-Heath serves its version with Chantilly whipped cream and chocolate-dipped puffed rice.

2. Activate
Charcoal has made the move from face masks to the table. Gaining popularity as a detox ingredient at California juice shops like Pressed Juicery and Juice Served Here in recent years, activated charcoal has been making an appearance in cocktails like the inky mezcal-based Moonwalk at New York’s Mission Chinese Food. Closer to home, the black-hearted ingredient showed up for brunch in a chocolate-charcoal waffle at Hiro Asian Kitchen. Try a taste of the darkness at Clementine’s Creamery, where the black cherry ice cream is made with activated charcoal.

3. Bring in the Funk
Savory caramels are currently lending a sweet, funky accent to all manner of cuisine in St. Louis. The Copper Pig and Juniper have both combined fish sauce and caramel to great effect – the former on chicken wings and the latter on chicken and waffles. At Vista Ramen, crab caramel brings subtle sweetness and an unctuous umami pop to a tender pork rib dish. A little funk works just as well in cocktails, like The Sound of One Hand Clapping recently at Planter’s House, which combined tequila and mezcal with a miso-caramel syrup. On a more vegetal note, a beet caramel adds earthy sweetness to roasted beets, charred carrots and whipped herbed goat cheese at Boundary, while Vicia recently offered hazelnut financiers with an onion caramel sauce.

5. The Big Cheese
Grilled cheese sandwiches have been subbing in for buns lately. Take The Big Lou special at The Corner Butcher in Fenton, where two of the sandwiches held two patties topped with nacho cheese. The Libertine appended GC to a classic BLT for a brunch special, and the ever-fluctuating menu at Shift: Test Kitchen recently experimented with The Sasquatch, pulled pork and cole slaw between two gooey sammies. Head to Festus for a Fatty Melt at Main & Mill Brewing Co., a classic patty melt with two grilled cheese sandwiches. And of course, Sugarfire Smoke House and Hi-Pointe Drive-In get in on the action with the Sweet Baby Cheesus special.

6. The Spice Route
Area bartenders are reaching into the spice cabinet for a taste of India on their cocktail menus. Retreat Gastropub mixes gin with coconut milk, turmeric and ginger in the curry leaf-topped Golden State, and combines rum, mango, vermouth and chai in its Cash Me Outside cocktail. Reeds American Table opts for yellow curry and coriander mixed with coconut milk in the Philosophical Zombie, while Planter’s House recently featured a chai five-spice syrup with bourbon, tequila and amaro in the Exit Stage Left. Polite Society’s arsenal of house-made tinctures and infusions includes a blood orange and cardamom gastrique featured in the Sanguine cocktail, made with vodka and coconut water. Frazer’s makes use of Desipop, a masala-cumin soda, in its rum-based Kama Sutra. Over at Eclipse, they’re shaking cardamom bitters into the Effervescent Love Machine, while just down the street, the team at Randolfi’s also added cardamom bitters to Advice from a Fortune Cookie and curry bitters to A Rule of Plumb. 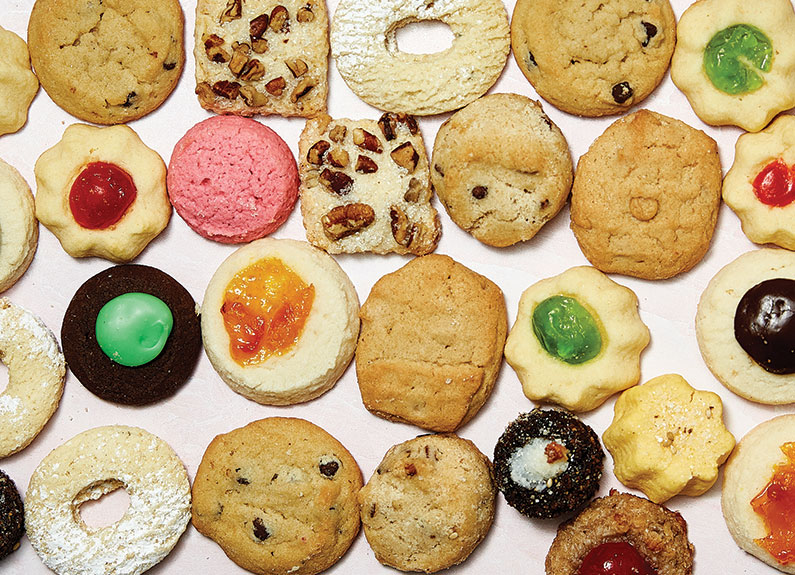 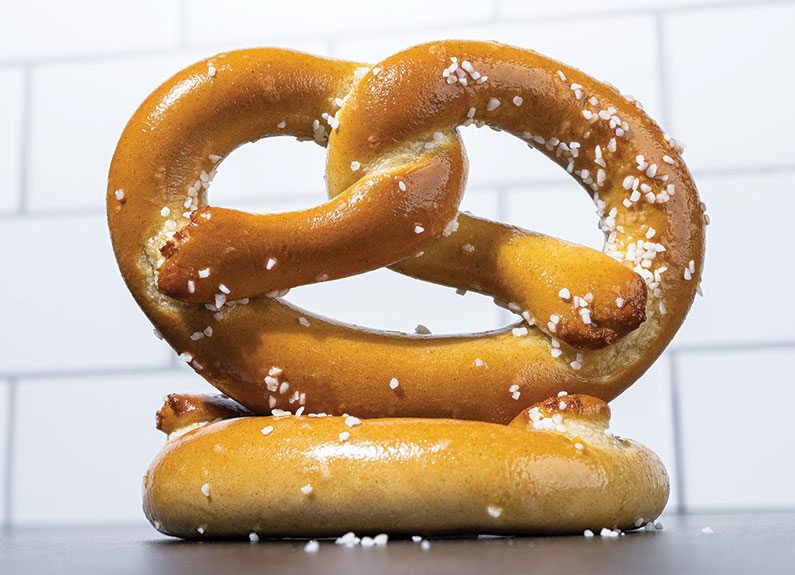 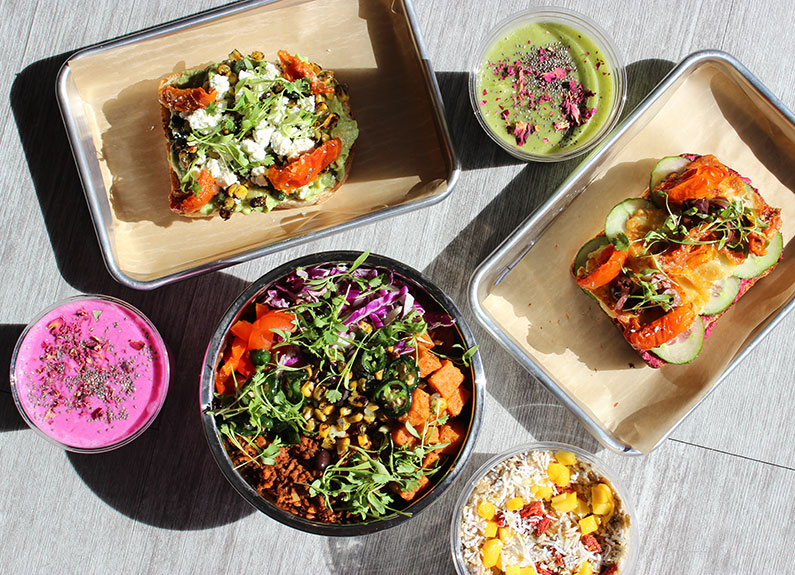